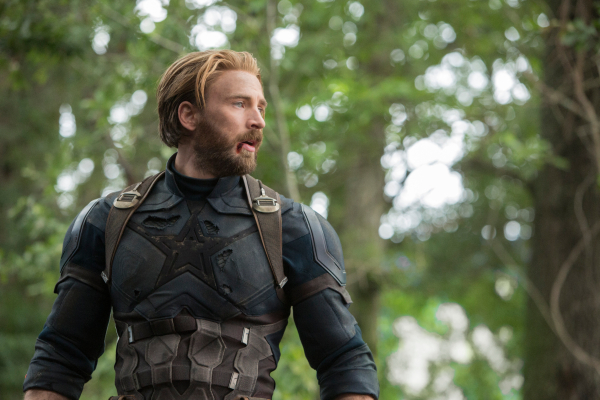 It’s disingenuous to complain of characters dying in the MCU, only to be revived. It’s not the only multi-media franchise to revive characters after a suspected final end. Still, when characters do die, it can be a rather artificial exit. Bucky, Coulson, the Red Skull and Loki are just a handful of characters in the MCU that are thought to have been killed off, only to rise from the grave. Loki’s death at the hands of Thanos at the start of Avengers: Infinity War would have had a lot more, a-hem, snap to it, had we not seen the mischievous villain killed off once already. How then may death be a central theme in Avengers: Endgame?

You’d have to posses a heart of stone if you didn’t catch your throat at Infinity War‘s finale however. Even if it’s readily accepted that most, if not all, of these characters will somehow return, it’s a superbly executed scene, full of desperate terror as the ones who survive the snap look on helplessly as their beloved companions fall at the fingers of Thanos. The problem of death being a short-term occupation in the MCU rear their ugly head, however, when the trailers for Spider-Man: Far From Home were released. How many of Marvel’s younger fans have watched this trailer in dazed bemusement when their last witnessing of Peter Parker was of him crumbling to dust?

This then brings forth a question for us to ponder – who is going to be alive and who is going to be dead by the time the credits roll in Avengers: Endgame? In terms of who should stay alive, a router of obvious names are apparent – Doctor Strange, Black Panther, Captain Marvel and, of course, Spider-Man. But if one character should die, permanently, I would love it to be Steve Rogers. It’s all but confirmed that Chris Evans will be hanging up the shield after Avengers: Endgame, just how he’ll hang up the shield remains to be seen.

Note how I said it’s Steve who should die, and not Captain America. Following the path of the comic books, the former Winter Solider, Bucky, is in perfect position to take over the mantle of Captain America should Steve fall. And let me be clear, I think Steve should fall. For the past ten years, Steve has led the Avengers through his patriotic perspective of right and wrong. His ideological stance of battling against restrictions of personal liberty culminating in going rogue throughout Captain America: Civil War and Infinity War.

Throughout his tenure in the Marvel Cinematic Universe, Steve has shown his willingness to sacrifice himself in the face of adversity. A mini-masterstroke Captain America: The First Avenger pulls off is in its final moments, when Steve valiantly flies the Red Skull’s plane into the polar icecaps, with himself still on board. Sure, it’s a convenient way to preserve Steve until he’s called upon by Nick Fury some 70 years later, but it also displays his heroism in full force. I can believe Steve will do something equally selfless in Endgame, but I also want to believe that such a move will be exploited fully.

I want Steve to die because I want the Marvel Cinematic Universe to give me a final, palpable sense of loss. I want there to be dire consequences of the last 10 years’ worth of story. I want the loss of one of the franchise’s most beloved heroes to give Thanos a tangible sense of threat, validating his role as a force to be reckoned with.

Civil War showed how friendships can be broken down, seemingly irrevocably. Infinity War reflects that broken down state with its entangled action set pieces, as several clusters of characters are forced to work together to overcome Thanos’ thirst for the Snap. Endgame feels like the final, triumphant leap in exploiting the human sacrifice Steve will surely make in avenging the world from Thanos. Additionally, it would feel like an immense cheap trick of the MCU to bring back all who’d perished in the Snap, and leave no deathly ripples of Infinity War and Endgame‘s events by the end of Endgame itself. A world unscathed in the wake of Thanos’ genocide would be one gargantuan narrative middle finger to the audience.

War is an act in which people are killed. Steve, of all characters in the MCU, is a product of war, a man who was given a new lease of life to fight other men’s battles. Perhaps a story that began with life should end with death.

Are you excited for Avengers: Endgame? Let us know in the comments section below or send us a Tweet!