Home » What to Expect from Phase 4 of the MCU? Future Theories from Galactus to New Avengers 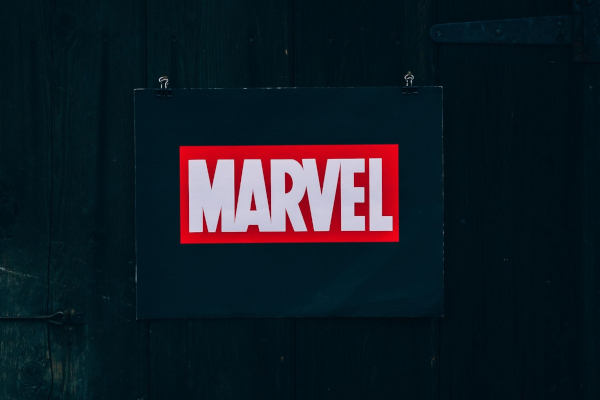 Avengers: Endgame finished multiple stories which had been running through the Marvel Cinematic Universe since its very beginning. Despite that Kevin Feige stating that Spider-Man: Far from Home will finish the 3rd MCU phase, fans can build up some theories about the contents of the 4th phase already. Moreover, Endgame is full of hints from Marvel. And essay writers from Papercheap.co.uk will explain all of them in the article below.

Loki’s Fate Comes in His Own Series

We now know for sure that the separate Marvel movie series about everyone’s favourite MCU villain Loki will appear in the Disney+ streaming service. Its plot remains a mystery. In the 4th part of Avengers: Endgame, they seemed to give us a hint about what new adventures the trickster god will start with.

At the moment when Marvel superheroes entered the past to get the Tesseract, Loki got the artefact back to his hands due to the chain of accidents. He successfully escapes. And this fact means that events of Thor: The Dark World and even Thor: Ragnarok will never happen. Possibly, in his own show show, Loki will try to find an excellent way to use the Space Stone he’s now got.

A Team of Female Superheroes

An MCU movie devoted exclusively to female superheroes has been spoken about for some time. And after the great financial success of Captain Marvel, the release of that movie became just a matter of time. In Endgame, they demonstrated the intention to make it all real.

Do you remember that scene with the Spider-Man trying to save Infinity Stones from Thanos? All of female MCU heroes came to help him. It’s too early to try predicting the correct name and members of the new team, but the most probable choice to make it real would be Lady Liberators with Valkyrie, Black Widow, Wasp, Scarlet Witch, and Medusa. To complete the move, the studio lacks only the last one, and she already appeared in ABC’s Inhumans.

To defeat Thanos, Tony Stark had to use the Infinity Gauntlet himself and eliminate the villain along with all his followers. A regular human can’t make it through the energy of Infinity Stones, so Tony died on the battlefield after the heroes gained their victory. But the Marvel Cinematic Universe can’t stay without its title character for long, so in the 4th phase (or even later) they will find someone to replace him.

The most obvious choice, for now, is Morgan Stark, Tony’s daughter. They showed the girl was interested in father’s technologies since being a child. It is quite possible for her to become the adaptation of Riri Williams from comics who assembled her Iron Man armour while being young.

What Was That Final Sound?

Endgame doesn’t have an additional scene after the end titles. Instead, there is a sound seeming to be a hammer hitting an anvil behind the Marvel logo. Fans got lost trying to figure out what it means. The most distant theory touches on the symbolism of the MCU movie production studios working as the world’s best cinematic blacksmiths. Some people even heard it as the sound same with that from the first Iron Man movie when Stark had been assembling his first armour suit. Possibly, it’s a hint about his comeback or rebirth.

More crazy versions: a sound of dwarven smith on Nidavellir where the magical weapon to use against a new threat is being forged for the Avengers. But the most wanted way: this is how they hint about Annihilus. Many fans expected him to appear in Endgame.

Still, the sound might be just a cute Easter egg with no messages hidden behind it.

In the final scene of Endgame, an aged Steve Rogers who decided to live a peaceful life gives Captain America’s shield to his friend Sam Wilson, aka Falcon. Sam then answers that he felt as if the shield didn’t belong to him. This phrase is very close to the lack of confidence of the comics hero who had to take the title of Captain America.

Still, people couldn’t accept the new candidate being America’s symbol. Mainly, their feeling was connected to Sam’s character itself.

Falcon had doubts for a long time and continued carrying the Captain America name only because of circumstances. After the events of Secret Empire, Wilson gave the shield back to a young Steve Rogers reborn by the power of Kobik.

Carol Danvers remained out of sight during most of the Endgame, busy with troubles in other galaxies. In Endgame it’s explained that there might be no other Avengers on other planets. The team of superheroes lost its leaders in the end so that Captain Marvel will become the new leader of Avengers for sure.

Marvel Studios representatives told us about that themselves: they stated that fans would be able to watch after Carol and her story during far more than one year. Additionally, she will become a very suitable development of Tony Stark and his non-conformism due to Marvel’s impulsive character.

If Falcon is the new Captain America, and Captain Marvel is the new Iron Man, then the conflict between them is imminent. Differences in their methods can make another comics story adaptation possible – the second Civil War.

Though, their Captain Marvel and Iron Man were main rivals. The plot was built around Ulysses who pretended to be able to predict the future. Carol decided to start getting rid of criminals before they commit their crimes basing on his predictions. Tony Stark stood against this method, and this difference led to one of the most significant events in recent Marvel comics history.

We’ve seen Peter Parker in MCU as the funny schoolboy getting satisfaction from participating in the clash of superheroes. After the events of Homecoming, Infinity War and Endgame, he won’t be able to stay the same cheerful guy, and the Far from Home trailer tells his growth will continue.

It means that Marvel gradually changes Spider-Man from the Ultimate version to the Amazing one. In the main comics series, Peter Parker even founded his huge corporation. So, in the 4th phase of Marvel, we obviously will watch for great successes and even greater failures of this character.

After Endgame, the Avengers suffered heavy losses, and this fact may be useful for many supervillains. In the comics, the Marvel Universe got into a likely situation after the Civil War. As a result, the government funded the program of training superhero teams to protect every state. The comics series describing these events was titled Avengers: The Initiative.

It showed many young superheroes and led to big events like Secret Invasion, World War Hulk and Dark Reign. So, Marvel Studios won’t miss the chance to get that many ideas for films.

Thor joins the Guardians of the Galaxy

Still, such a plot twist gives space for more exciting events. For instance, the Asgardians of the Galaxy may appear. Moreover, the union of Thor and Guardians might lead to the battle with a new villain – Korvac. To defeat him, superheroes had to jump into the 31st century (Thor Annual #6, 1977).

The Infinity Stones have colossal energy inside them, both the comics and the movies underlined this fact. So, such frequent use of the Gauntlet and all the Stones can’t go without consequences. There is a theory, stating that this energy will become the reason for the mutants to appear on the Earth.

Marvel Studios now has rights for X-Men, so it would be a logical move. We doubtfully can expect to see them in a separate movie during the 4th phase, but an Easter egg or a scene after namedropping the characters are quite possible.

Marvel Studios will have to make the game bigger for antagonists after Thanos. For now, fans mention Galactus and Silver Surfer pretty often. If the last one would appear in the MCU, it becomes possible for the Fallen One to come up as well. The Fallen One was the first Herald of Galactus able to use the dark matter.

The other possible villain – Abraxas, who exists as long as the Universe. He is the antipode of Eternity and has the goal to destroy everyone and everything.

And the mighty demon Mephisto is competent to represent villain magicians.