Welcome, trainers, to the final part of our movie marathon of every Pokémon movie in preparation to the release of Detective Pikachu. In this final article, we’ll go through the shoddy Black & White era, the highs and lows of the X & Y era, and the 20th anniversary. Grab your exclusive Pokémon League hats, and let’s get this Pokémonathon rolling.

Pokémon Black and White: The Movie 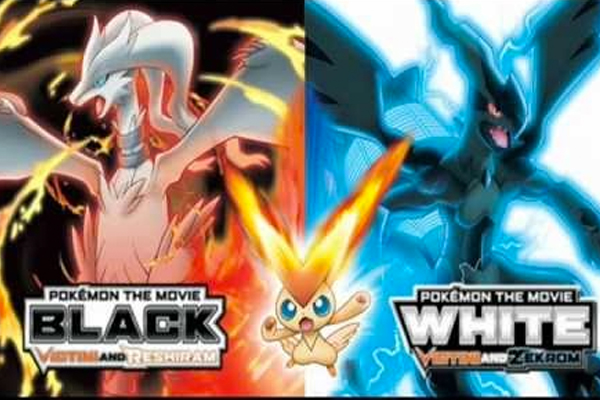 That isn’t the actual name of this movie, but the real one is just as stupidly absurd. The movie is in fact two films, telling the same story, but with slightly different alterations – namely that the legendary Reshiram and Zekrom swap roles in the films. It’s the most ridiculous way to market the Pokémon in these movies. Luckily, the story is actually engaging. Victini, yet another legendary, is bound to Eindoak Town, unable to leave due to a magical barrier left by its late master. Victini is a key role in the plans of a man named Damon, who hopes to revive the lost Kingdom of the Vale. It is refreshing to have a villain with good intentions, even if Damon is a bit of a bore. Victini makes for a likeable, sympathetic critter, another stand out from the disposable, cutesy, mythical Pokémon. Though, the pointless double feature is stupid, and the floating sword-shaped castle is a little much.

Kyurem vs. the Sword of Justice 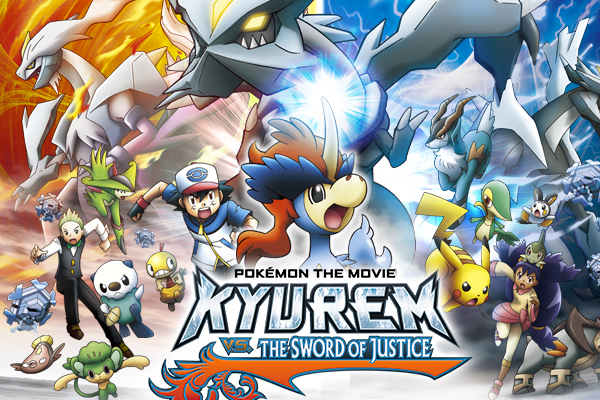 The best way I can describe Kyurem vs. the Sword of Justice is that nothing happens in this movie. Out of all of the Pokémon movies, it is the most inconsequential. Keldeo, a young unicorn hoping to join the Swords of Justice, invokes the wrath of the icy dragon, Kyurem. He then falls down a mountainside, landing in Ash’s lap. Kyurem shows up to continue their battle, leading to a lengthy chase up and down the mountain. And that’s just it – a lengthy chase and a fight. It would explain the short length of just seventy minutes.

Genesect and the Legend Awakened 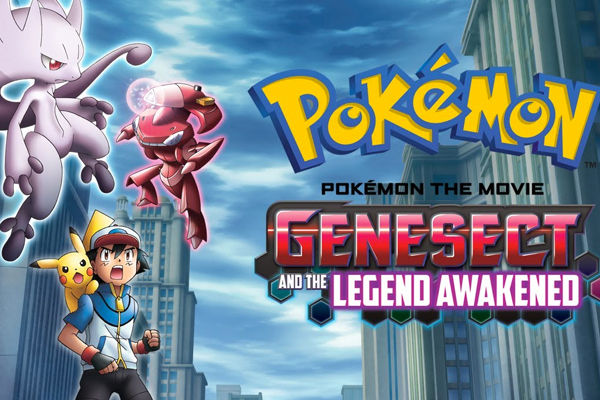 The final installment of the Black & White era, Genesect and the Legend Awakened saw an appearance by Mewtwo. But, this isn’t the same Mewtwo from before – this one is a new character, female, and can use Mega Evolution. Where did this new Mewtwo come from? It is hinted Team Plasma cloned her from Mew just like the original. Unlike the first Mewtwo, this one is a little bit more reasonable, and she is more distrusting towards humans than hateful. Ash and co. come into conflict with the ancient Genesect, who awaken to find their world changed and want to make a nest, though this threatens a nearby city’s power supply. It’s another bog standard Pokémon film with little going for it, though Mewtwo’s method of convincing the Genesect to stop was creative.

Diancie and the Cocoon of Destruction 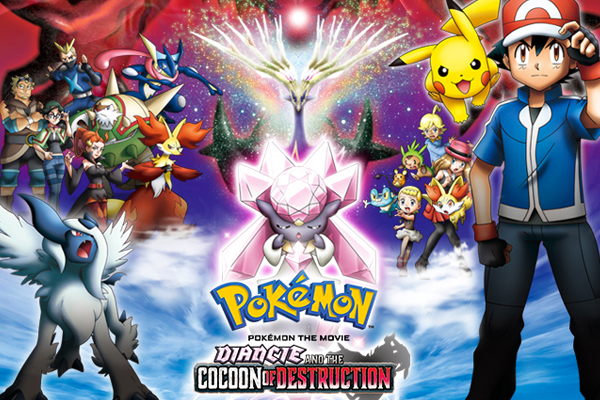 The superb Pokémon X & Y anime resurrected the series, introducing some great new characters like Serena, Clemont, and Bonnie, and reminded us Ash could be a mature and smart trainer. Though the film involves the conflict between legendaries Xerneas and Yveltal, the central arc is focused on Diancie, a Pokémon princess. Diancie needs to harness her crystal-making powers to keep her kingdom alive, and goes looking for Xerneas to help her abilities. Team Rocket and a bunch of various thieves chase after Diancie to harness her powers to get rich. Caitlin Glass delivers a lovable performance as Diancie, even if she is like a character straight from a 1980s girl’s TV show. The big problem with the movie is the dub’s editing, cutting out whole scenes, making the pacing very awkward.

Hoopa and the Clash of Ages 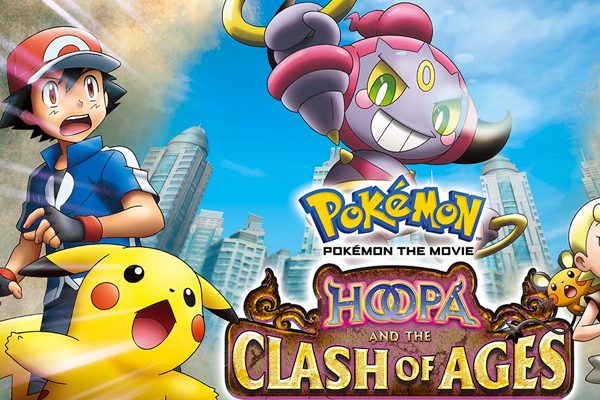 These Pokémon movies primarily serve to promote the franchises and new characters. Hoopa and the Clash of Ages is certainly the most open about this, but at least it is a fun ride. A djinn Pokémon, Hoopa, who has two personalities, splits apart and proceeds to summon other legendary Pokémon to kick the PokéPuffs out of each other, and it is awesome! There isn’t really much of a cohesive story, as it is all about the spectacle and battling. Seeing Ash flying around with Lugia, Latias, Latios, and Rayquaza is fantastic. The downside is that there isn’t really much of a story to follow, and Hoopa can get really irritating with his constant yammering.

Volcanion and the Mechanical Marvel 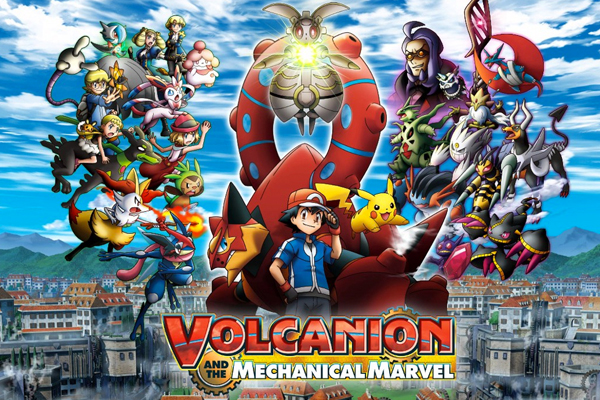 The nineteenth film feels like it was made with the same care as the original trilogy, with an engaging story and lovable characters. Ash is literally joined at the hip by Volcanion via magnets, who is on a mission to retrieve his mechanical friend, Magearna, from a nearby steampunk kingdom. The obviously evil chancellor wants it to use Magearna’s “soul heart” to take over the world. The true heart of the film lies with Ash, Magearna, and Volcanion, who live in a remote valley, home to abandoned or abused Pokémon, a theme unexplored outside of the series. And the theme song is one of the most beautiful melodies I have heard since Pokémon 2000’s soundtrack.

Pokémon: I Choose You! 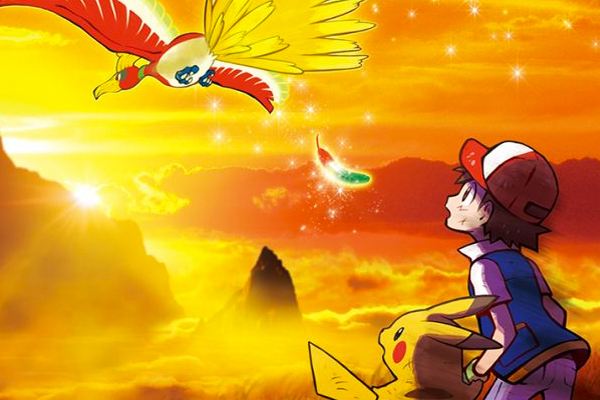 The twentieth anniversary of Pokémon was marked with this nostalgic walk down memory lane. Though having a higher production value than the show, the movie relies heavily on nostalgia, and falls apart in its celebration. Set in a different, self-contained retelling of Ash’s early days, it focuses on Ash and Pikachu’s initial distrust to their timeless friendship. The first twenty minutes flashes through the first episode, before going on a plot based around Ho-Oh, who infamously appeared at the end of the pilot.

Ash is joined by two new companions, Verity and Sorrel, replacing Misty and Brock. Neither of the newcomers get much development, aside from some awkwardly placed backstories. Ash acquires one of Ho-Oh’s magic feathers, deciding to find the bird to challenge it to a battle. Though still having the sense of a dead Slowpoke, Ash is treated with more respect than he has had in years. He returns to his roots as an inexperienced trainer who has to grow up, learn to be tactful, and be responsible for another creature. One scene throws Ash into a world without Pokémon, emphasizing he enjoys exploring the world and meeting new people. The film is beautifully animated, but while a bit muddled in its pacing and pointlessly replacing established characters with paper thin substitutes, the 20th movie has enough charm to it.

The Power of Us 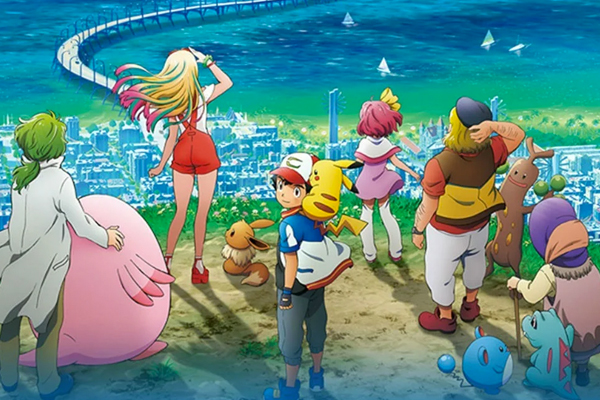 The Power of Us is debatably ranked amongst the best of the Pokémon movies. What makes the film stand out is its ensemble cast and an opulent story. Ash is around, but is more of a supporting character who nudges the arcs of the true leads. The highlighted legendaries are Lugia and Zeraora, both playing a pivotal, elemental roles in the story. They aren’t just there to show up and fight an evil team. Both Pokémon have a deep connection to the history of the setting, Fula City, which operates via a wind farm.

There isn’t a supernatural cataclysm, an evil megalomaniac, or an evil team (save Team Rocket); the conflict comes from the central characters and their mistakes. Ash and Pikachu come to enjoy the annual Wind Festival, where Lugia will appear to give wind power to the city. There, he meets a group of fantastic characters – Risa, a former track runner, directed to catch an Eevee by her hospitalised brother; Callahan, who spins tales to impress his adorable niece Kelly; Toren, a shy scientist who fears public speaking; Margot, an old woman who hates Pokémon for a very tragic reason; and Harriet, the mayor’s daughter, who goes to extreme lengths to protect Zeraora.

It is these conflicts and each character’s personal fears that drive the story. Callahan has the best storyline, digging himself a hole so deep with his lies, not even a Dugtrio would find him. He is befriended by a Sudowoodo, a clever choice, since its whole gimmick is to lie. Each character has to overcome their personal conflicts, when a blunder by Team Rocket leads to the whole city being threatened by a lethal poison. Ash acts as the key to get everyone moving, and it is quite refreshing to see him as a side character than as the lead.

The animation is wonderfully bright, and the character designs let them stand out from each other. Pokémon has often promoted teamwork, but The Power of Us tells it in the best way, capturing the magical relationship humans and Pokémon have in this universe. It is one of the better films, successfully juggling its ensemble cast, and has some great moments. Zeraora’s story has been told before and with better characters, but it doesn’t weigh down the movie’s excellence. 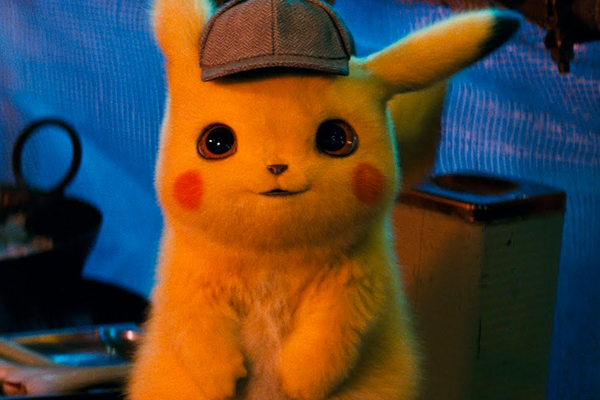 The live action debut of Pokémon took the unusual choice of adapting Detective Pikachu. It was actually good call, as a regular Pokémon League-based journey would likely need more than one film. An action-comedy-neo noir akin to Who Framed Roger Rabbit, Tim Goodman (Justice Smith) is a former trainer who travels to Ryme City upon hearing his father Harry, a cop, has died in a car crash. He meets a talking Pikachu (Ryan Reynolds), who Tim can understand where no one else can’t. Together, they retrace the steps of Harry’s last case that led to his alleged death, uncovering a conspiracy involving a deadly chemical that can turn Pokémon crazy. Though it doesn’t quite push the envelope on what it could do with the franchise, Detective Pikachu is great romp. Fans will certainly love it, though general audience might be somewhat ostracized by its premise.

Which of these is your favourite Pokémon film from this era? What are your thoughts on Detective Pikachu? Leave a comment below or on our Twitter and Facebook feeds.