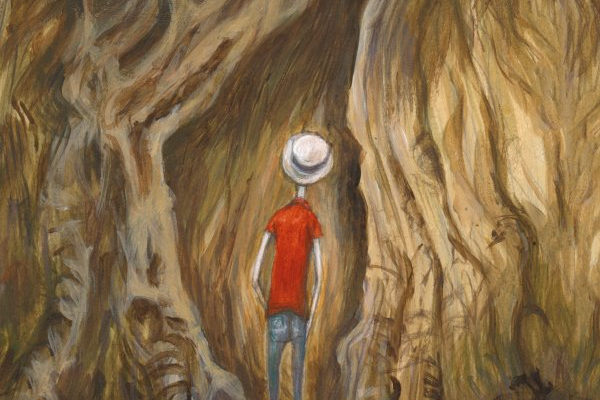 The first thing that strikes you about Rachael Ball‘s Wolf is its pain-staking attention to detail. The comic is a hefty body of work, clocking in at just over 300 pages, and is entirely drawn in pencil, which gives itself a warm, enveloping feel to it. Rather suitable, given its subject matter, execution of story and curious characters. Wolf dabbles in the loss of childhood innocence, but when reading the comic, it becomes clear that Wolf perfectly shows such themes as much as it tells them.

Wolf‘s homespun appearance relinquishes the need for a traditional panel structure. It almost looks like a sketchbook, yet Ball’s muscular grip on story-telling gives these connected sketches a calm flow. This flow, however, is punctuated by the bursts of youthful spontaneity that occupies the story. Wolf‘s story follows the emotional fallout experienced by Hugo and his family after a tragic accident displaces them. Hugo, the youngest of the family, is particularly affected by having to move home, and the comic charts his emotional growth as his world is forced to unexpectedly change around him.

Hugo encapsulates a sullen, emotionally illusive mannerism that children can exude. He’s resistant to the changes around him, and his impetuous nature in wanting to return to how things were gives a nice counter-balance to Wolf‘s elegant, mature appearance. It’s as if there are two conflicting energies at play here; the past, represented by Hugo, and the future, represented by just about everything else in Wolf. 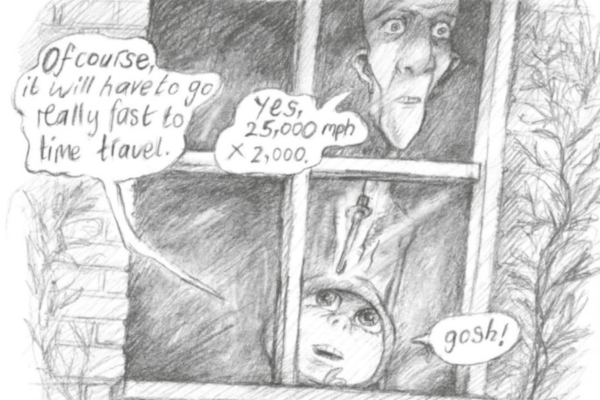 Connecting the eccentric Hugo and the stately tone is the family’s curious neighbour, the Wolfman. He routinely slips in and out of reality, a character who, for the most part, we’re never quite sure whether he’s real or not. But for the purposes of Hugo, he propels the boy’s own growth in the book, as Hugo decides that building a time machine is the only way to get his old life back. Such a decision on Hugo’s part ties in effortlessly into the innocence of youth that Wolf centres on.

The added ethereal nature of Wolf‘s art continues that sense of disbelief, that leisurely blend of reality and fantasy. With the pencilled artwork, Ball gives Wolf a hazy aurora, yet her attention to detail gives an immeasurable sense of life to the caricatured appearances of Hugo’s family. Wolf‘s subtly intense craftsmanship in its art coupled with its raw, somewhat unsettling depiction of a child’s emotional damage makes this comic an enjoyably unflinching read.

Wolf takes the reader on a strange, eerie yet oddly welcoming journey into a child’s mind in the aftermath of trauma. Ball’s empathetic story-telling skills ensures that the journey doesn’t falter, and that Hugo’s arc feels like a fulfilled one, his relationship with the Wolfman, gradually forged over the course of the comic, providing him with a sense of closure and maturity. Rachael Ball has produced an exquisite, soulful comic book who’s depth and imagination flourishes with every turn of the page. Wolf is a work of art, in every sense of the word.

You can discover more about Wolf from SelfMadeHero and Rachael Ball. Are you already a fan of the comic? Let us know in the comments section below or send us a Tweet!