Home » Mahoney’s #1 is Awesome, Except For One Major Problem 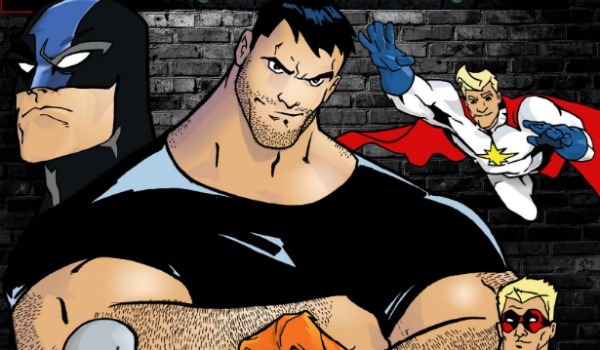 Mahoney’s #1 is a fun story about the everyday struggles of being a bartender who serves only supervillains. While this concept has been done similarly a few times before as one-off jokes, writer Rich Carrington has a refreshing new take on it that isn’t just all jokes. That isn’t to say there isn’t comedy, in fact there’s a lot of it, but the owner of the bar, Matt Mahoney, is a multidimensional character within an expansive world.

The character designs are awesome, and where artist Brian Dawson shines the brightest. While most characters are obvious nods to heroes and villains from all over Marvel and DC, it never feels like a “rip off”. These homages are clearly made out of love. You can tell each character apart just by their silhouettes, and no one, even the background villains, feels redundant.

Unfortunately, all of this hard work in character development and sign is saved only for male characters. There is only one female character in this entire first issue against the 20+ men. While none of the men look the same or have similar personalities, none of that care was really shown for Kat, the waitress of Mahoney’s. She looks like every generic female love interest for the lead man, with the only thing really setting her apart is her hair covered arms and clawed fingers. Don’t worry though, she doesn’t have hairy arms that makes her look unfeminine, it’s fury like a cat, though none of the rest of her body seems to have this cat fur. Especially her breasts, which for some reason are always front and centre and trapped in a shirt so tight that we can always see each breast perfectly.

Half way through the book she jumps to conclusions and runs off in a rage. Suddenly all of her trust for a guy she seems to be incredibly close to, in fact another villain mentions that she’s very clearly in love with Matt, is thrown out the window because obviously she’s a woman and she can’t be rational. She has a short conversation with Matt and hero Captain Superior, and suddenly she trusts Matt again. Is their relationship so bad that someone else has to come in, someone she clearly hates, to make her trust Matt?

Look – there’s nothing wrong with having a sexualized cat-based character. DC and Marvel both do it and I love those characters. Matt is a big beefy man with impossible shirts, too. The issue becomes when she is the only woman. I went back and scanned the background of the very packed bar and I couldn’t find a single woman. Kat apparently was the only female super villain in this world, or there’s something more sinister going on and for some reason the female super villains don’t feel safe going to Mahoney’s (that could actually be a really interesting plot point, actually). Every character in the bar feels fleshed out and each has a specific purpose in the story, as well as the bar itself. Blender is the new hire who learns all the things the reader needs to know, Matt is obviously the owner and the protagonist, Zak is the cook and adds to the world-building to let us know that there are various aliens living on earth, and Kat… Kat is the girl.

I really enjoyed this book. Carrington and Dawson are both clearly talented.The story is cool and I can’t wait to see where it goes, the world-building is awesome, the character designs are unique and cartoony, the comedy is spot on, but it just feels like none of that consideration was made for Kat. This is a good comic. It would be a great comic if they just fixed Kat.

Would you get a drink at Mahoney’s? Mahoney’s # 1 is available now on Comixology. Sound off in the comments or send us your thoughts on Facebook or Twitter!