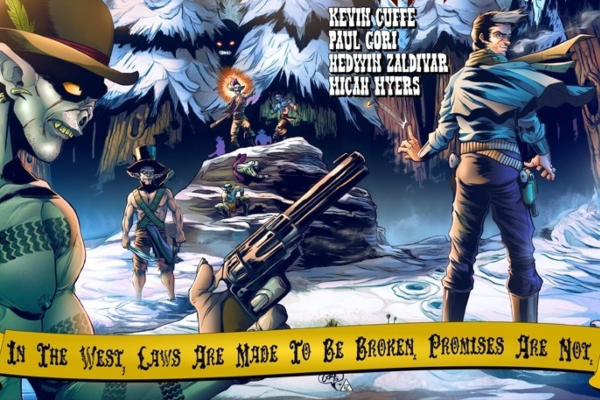 Oathbound Issue #1, created by the good folks at Loophole Comics, brought the tired and true Western genre of America pop culture and the fantasy elements of elves, goblins, and magic together in wonderful alternate reality of the late 19th century American West. The writer Kevin Cuffe and the artist Paul Gori built a team to create a comic with maximum effort shown throughout the first issue. With Shawn Greenleaf on editing, lettering and production, Hedwin Zaldivar on finished colours, Paula Goulart on colour flats, and Ramon Hitzeroth on inking assistance, the first issue comes together brilliantly.

As Oathbound Issue #1 is the opening issue and set-up chapter, it is basically one giant tease for what may come in future issues. Opening with dramatic narration, we are introduced to the main character Cole Jamison recounting the day that he met his future wife, the elf Lyra. We are also introduced immediately after this recounting to a scene somewhere mysterious and the reason for the title. Flash to the comic’s “present day” of 1888, Cole and Lyra’s daughter Voila awake her drunken father on her birthday hoping that he actually remembered.  Things go badly shortly after and Issue #1 leaves us on a cliffhanger.

The setting of Oathbound can only be described as an amalgamation of a traditional western and high fantasy and I am so here for this kind of setting. Westerns had always been a popular genre in comic books, so its nice to see something new in the Western setting.  Of course, elves, goblins and magic as a norm in the setting has all the makings of a high fantasy story. You wouldn’t think that westerns and fantasy go together without feeling forced, but in Oathbound, it’s a natural union. 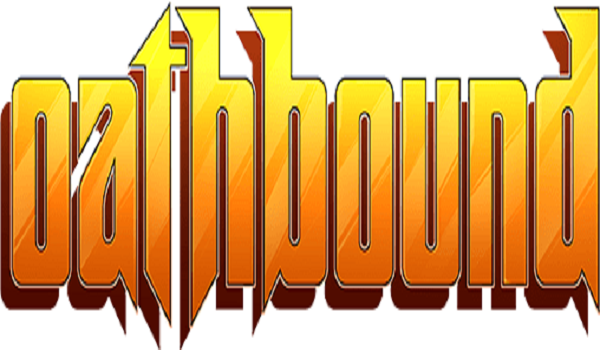 The primary characters introduced are Cole Jamison and his daughter Voila Jamison, as far as I read it. I’m sure that we’ll be introduced to the primary antagonist in the next couple of issues and other supporting characters.  Cole is a classic archetype Western hero – an amazing gun-slinger and adventure in his heydays, but a washed-out drunk after the loss of his wife, depending on the love and care of his daughter. I’ve seen his character plenty of times, but I think Cole works best for the main character of this story. I can already see that he is a protective father, so I’m sure that’ll spur him in future issues.

Voila is a dutiful, if not sarcastic daughter to a lonely, sad father and a daughter who misses her mother. She will have some gun skills thanks to her father’s pestering and she will be at the centre of the story. It’s just a feeling. Gori‘s artwork is the best for this kind of action-packed, fantastical story. Actually, it’s probably the best kind of comic book art. And the colouring is just amazing. Between the story and the art, it all meshes well together.

As I have no complaints with artwork or style or the story, the only thing that I would like to see goes with the characters. I want to see well-rounded character development for Voila. She should come into her own as more than her father’s daughter or her mother’s daughter. More a role for Lyra (if she’s dead or not, I don’t know) would also be nice. Westerns and fantasy settings both tend to give the same static female roles (i.e. daughter, love interest, damsel-in-distress). I also want to see more from Cole, making him unique from other Western heroes that anyone who has watching old Westerns with their fathers seen before.

Overall, Oathbound Issue #1 is an amazing comic for any fan of Westerns, adventures, and magic. There’s a lot of promise for future issues to develop into a solid story with cool and unique characters.

Check out more about Oathbound and other comics from Loophole Comics. Also, check out our review of another Loophole Comics’ one-shot comic Good Samaritan. Let us know what you think in the comments or send us your thoughts on Facebook or Twitter!