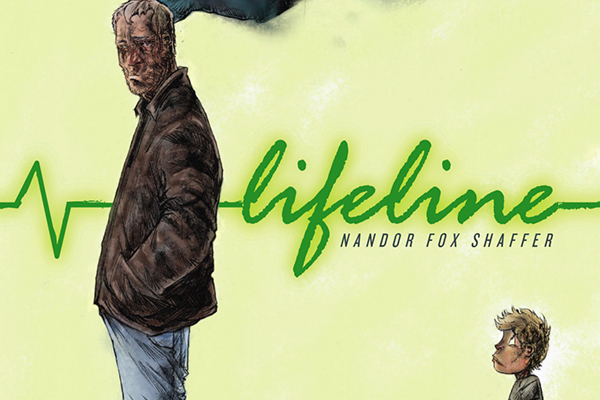 Lifeline is an interesting project that follows the life of a single man at different moments in his life. With a sole writer, Nandor Fox Shaffer, this graphic novel has each phase of Lewis’ life brought to fruition by a different artist, each with their own set of skills that breathe life into these characters at every turn. We first meet Lewis in his old age, as he stares at a watch that brings him back to his childhood days. From here, it’s a lucid flow between his old age and the prominent moments of his life. Because we’re following this character literally throughout his life, you can’t help but to be emotionally gut-punched every once in a while, especially at the end.

There are some fabulous artists in this graphic novel. In particular, Patrick Buermeyer creates such fluid yet messy art that just leaps through each panel. He’s one of those artists that pours all his emotions into every illustration. On one hand, it’s amazing that each moment in Lewis’ life has a dedicated artist. On the other, the first opening moments of Lewis’ life are so enthralling, a part of me wishes Buermeyer was the sole illustrator. 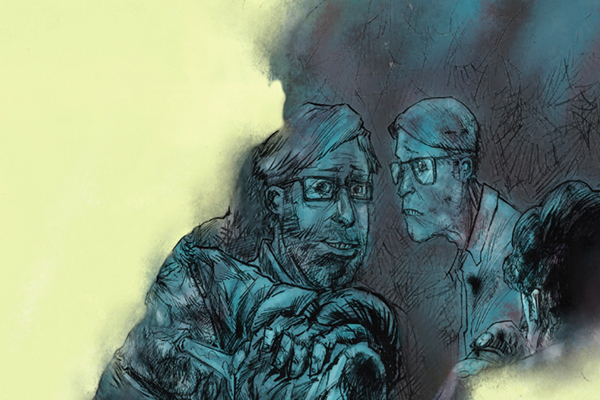 Lewis’ childhood, illustrated by Emily Schnall, is also drawn beautifully. This first chapter truly sets the tone of the piece and Schnall’s art shines through. Additionally, Erwin J. Arroza‘s final chapter, with its monochrome, hyper-realistic art gives the piece the poignant finale this story deserves. Really, all the artists manage to convey the important moments in each scene and reflect the character’s moment in life so well.

This is truly a portrait of a man’s life. Some moments may seem out of place but will come back later. There’s symmetry in his early life and older life; how he must go through something at such a young age that he then finds himself having to counsel his daughter on the same dilemma years later.

It’s clear that a lot of love was put into this comic. The poignant storytelling, breathtaking art, and in-depth character study all make this graphic novel worth the read. The collaboration of this piece truly shines through with each chapter, each page, each panel. If you’re looking for something that is meant to tug at you emotionally and pull at your heartstrings, this is a graphic novel you will want to check out. There’s plenty of emotional drama but not so much that it delves into melodrama territory. It’s a very sweet story, one that will resonate with readers on a deeper level.

Have you had a chance to read Lifeline? You can discover more about the comic via Amazon. Let us know in the comments below or send us your thoughts on Twitter!