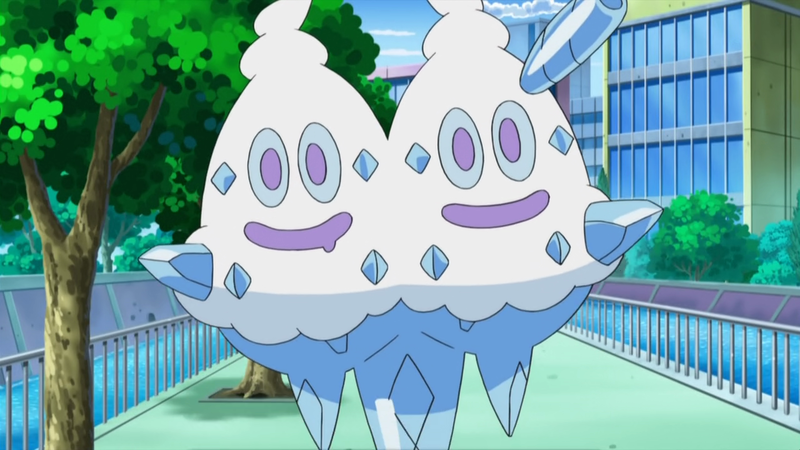 It was around the release of Pokémon Black & White that my interest in the long-running video game series began to wane. I was starting to find the games repetitive, and the anime devolved into a half-abandoned reboot where Ash forgot the basic rules of battling. And despite having a brand new generation of Pokémon to catch, I found the new designs to be a sign that Game Freak was running out of ideas. They had an ice cream Pokémon for goodness sake. Still, my opinions have changed a bit, and a few of the fifth generation stand out from the crowd. Let’s explore the inspirations behind some of the more fascinating Pokémon. 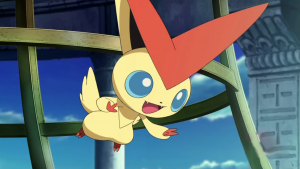 It took some nerve for the Black & White Pokedex to begin with a legendary Pokémon. Victini, the Victory Pokémon, as you might guess, brings great victory and success to its trainer and friends. It is basically the personification of the “V-sign”. The gesture was popularised during World War II (“V for victory”), before being used as a counter-culture peace sign in the 1960s. In Japan, the V-sign became popular to use when taking photographs, and are commonplace in anime. Mythology-wise, Victini is based on Nike, the Greek goddess of victory, who nowadays has a shoe company named after her. Victini’s pointed, split ears/horns are based on Usagi-ringo, a Japanese cuisine cooking method where apple slices are cut up to resemble rabbit ears. 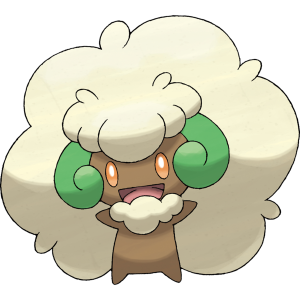 Grass-types often either are just flat out based on a specific plant, or have a more mythological basis. Whimsicott manages to balance both. This adorable, mischievous cottonball bares some resemblance to a sheep. This sprouts forth ideas of the Vegetable Lamb of Tartary, a mythical plant that was said to grow living sheep as its fruit. Yes, really! The sheep were attached to the root with an umbilical cord, and fed on the surrounding grass. Once the plants were eaten, the sheep would die, and their wool used to make cotton. Now we must all clamber to protect the new sacred sheep Pokémon, Wooloo, from such a fate! 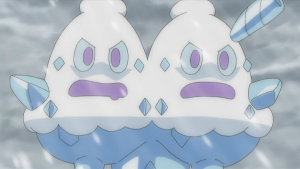 I don’t think anyone took more bile thrown at them than the ice cream Pokémon trio. Vanillite, Vanillish, and Vanilluxe are, well, ice cream Pokémon. Yeah, the Ice-types are often a challenge to come up with. People cried foul, claiming Game Freak was running out of ideas, and the Pokémon franchise was tail-spinning into oblivion. However, it has been theorised that the ice cream Pokémon are actually Tsukumogami. In Japanese mythology, tools and objects can develop a soul if loved enough, but will turn hateful if forgotten or lost, attacking their owners. Anything from umbrellas to lanterns can become Tsukumogami, or maybe in this case, dropped ice cream cones. Now imagine that as the pitch for a horror b-movie. 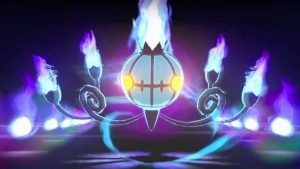 This spooky trio can be seen as a mix of haunted objects, Japanese yokai, or the aforementioned Tsukumogami. Litwick is a candle, Lampent an oil lamp, and Chandelure is an obvious chandelier. The three are accompanied by eerie purple flames that could resemble their souls. This is hitodama, a blue, black, or purple-coloured flaming ball that is associated with Japanese ghosts – essentially the equivalent of the will o’the wisp. The wisp itself can be either kind or malevolent, guiding people to something they are looking for, or will lead them to their untimely doom. 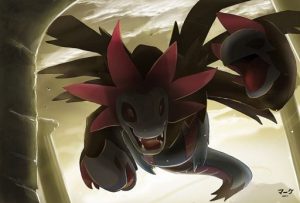 Right away, the three-headed dragon Hydreigon can be associated with the Lernaean Hydra of Greek myths. The river serpent was the second of Heracles’ Twelve Labours, capable of regenerating any chopped off heads by sprouting two more. But, Hydreigon takes inspiration from the Hydra’s eastern counterpart, Yamato no Orochi. In Japanese Shinto mythology, the storm god Susano-o was booted out of Heaven after tricking his sister Amaterasu, and told to slay monsters and wander the world. He met some villagers, who told him that they had to sacrifice seven of eight daughters to Orochi, a great eight-headed serpent. Susano-o vowed to protect their surviving child, disguising himself as the princess. He got each of Orochi’s heads drunk, and then lopped them all off with his sword. Within Orochi’s body, he found the legendary sword Kusanagi, one of the three Sacred Treasures of Japan. Yamato no Orochi’s story has had a profound impact on Japanese culture, from King Ghidorah, to Orochimaru from Naruto.

Every generation has trilogy of legendary Pokémon, though the fifth gave us two sets, the Swords of Justice, and the Kami Trio. Tornadus, Thundurus, and Landorus are nicknamed as the “kami trio”, being based on the Kami of Shinto religion – Fujin, kami of the wind; Raijin, kami of the thunder; and Inari, kami of fertility. The trio do resemble genies, with their cloud-like lower torsos, and folded arms. Each has a “Therian Forme”, giving them animalistic features. These are references to three of the four Chinese gods who represent the classical elements. Tornadus resembles the Vermillion Bird, Thundurus resembles the Azure Dragon, and Landorus resembles the White Tiger.

Which are you favourite Pokémon of the five generation? Are the ice cream Pokémon truly as awful as they say? Leave a comment below, or on our Twitter or Facebook feeds.