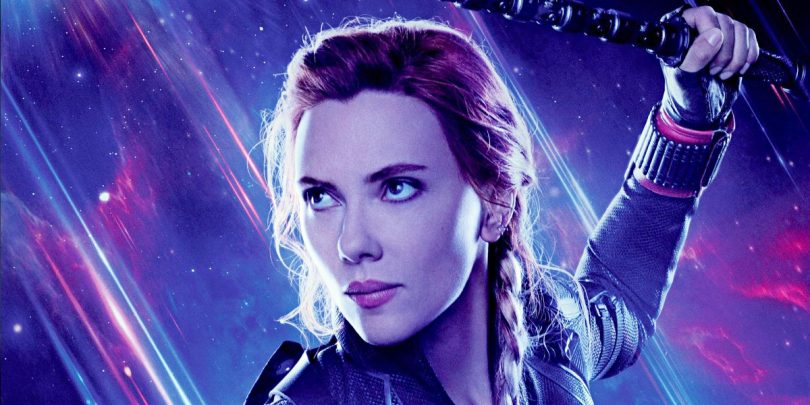 D23 took place this year at the end of August in Anaheim, California and with that came an endless amount of announcements featuring the company’s theme parks, storefront, and films. Of course, one of the biggest string of announcements came from Marvel with their slate of Phase Four films and television shows. And we simply can’t ignore the infamous Black Widow film that will finally be gracing our presence in May 2020.

Let’s be perfectly frank: Black Widow should have been Marvel’s first female superhero film. It’s a crime that this movie was stuck in production hell for as long as it was with talks first announced in 2010. Considering Natasha Romanoff’s contributions to the MCU thus far, it’s about damn time.

The film is set to take place between the events of Captain America: Civil War and Avengers: Infinity War with Natasha on the run for aiding Steve Rogers in Civil War where she will be forced to confront the “red in her ledger”.

D23 gave fans a small glimpse of the film with a brand new trailer that has yet to be released to the public. The trailer features Natasha returning to Budapest where she confronts fellow assassin Yelena Belova (played by Florence Pugh) in an apartment. It’s in this scene that we are shown just how great the fighting choreography promises to be throughout the film. In fact, this will most likely be some of the best combat the MCU has to offer.

But it’s not all bloodthirsty battle. We are then shown scenes with the two coming to a truce as well as a sort of family reunion involving David Harbour‘s Red Guardian. There’s more action sequences that look just as good as the first as well as a brief look at who can only be Taskmaster.

There’s something very important in everything I have mentioned thus far: there has been no mention of Black Widow being a woman who has to prove herself, being a woman in a man’s world, being a woman in general. Everything that we have been given up until this point has demonstrated that this is not some film that is trying to shove an agenda down our throats. It’s a film that is continuing Natasha Romanoff’s personal journey as a member of the Avengers. It’s a film that will be a standard, action-packed superhero film. And that’s exactly what we need.

Captain Marvel made the grave mistake of trying to be Marvel’s Wonder Woman and was years late to the party. What Captain Marvel should have been from the beginning was a standard action-packed superhero film that just happened to feature a woman as the protagonist. This is how we, as a society, move forward when it comes to female representation: by allowing women to be women and not acknowledging it throughout the course of the film. It’s about allowing women to take the lead and no one in the film questioning it simply because of her gender.

Remember when everyone loved Frozen? Moana? Why was that? It was because no one in the film said Elsa couldn’t be queen without a king. She was just queen and that was it. No one told Ana she couldn’t go through the wilderness alone because she was a girl.  No one told Moana she couldn’t save her people because she was a woman and no character held her back because of it. There’s a reason why the Disney Princesses have been killing it lately and it’s because they’ve gotten past the phase where they spoon feed the audience how women should be treated. Black Widow now has that opportunity and, based on the trailer leaks, it looks like we just might get what we’ve deserved this entire time.

Don’t get us wrong, we’re still a bit wary of this film given how terribly her backstory was handled in Avengers: Age of Ultron. We can only hope the creators behind this film will right the wrongs of the past. And, perhaps we’ll finally get a good female-led superhero film from Marvel, something that the MCU is still sorely missing.

Black Widow is set to open May 1, 2020. Are you excited for this long awaited standalone film? Do you think we’ll finally get to know what happened in Budapest? Let us know in the comments below or share your thoughts with us on Twitter!