Home » Concrete as a Superpower: In Conversation with Daniel Faulkner, Creator of Gray 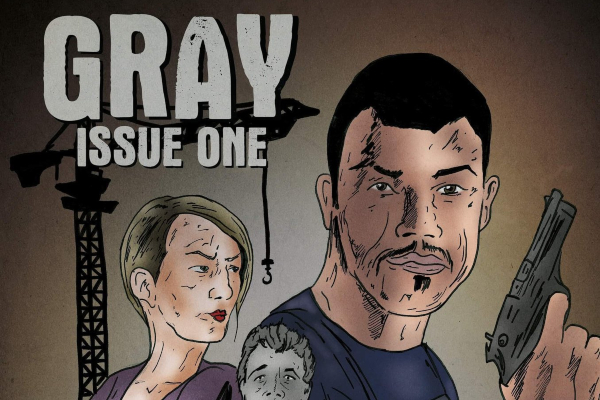 Concrete may not be the most traditional superpower to give to a character, but that’s what writer Daniel Faulkner is shooting for with Gray #1. Currently funding on Kickstarter, Gray tells the story of a mob sting gone wrong for an ex undercover cop. After being risen from the dead, Danny Gray finds himself endowed with concrete capabilities, and sets out on a mission of revenge against his murderers.

We caught up with Daniel to discover more about Gray!

A Place To Hang Your Cape: This is your debut comic book; why did you want to create Gray?

Daniel Faulkner: I’ve enjoyed writing for most of my life but unfortunately never had the courage to release anything to the public. I wanted to create Gray as whilst writing a random idea I had I slowly realised how much it would suit being a comic and that changed my perspective on how to write it, with a little less worry as to whether or not things were a bit too ridiculous and leaning more into that.

AP2HYC: Where did the inspiration come from to give the comic’s hero such an unusual superpower?

Faulkner: The idea came just from the original idea for the character’s name, Gray Concrete, as the character himself believes the name is cool but it isn’t. The comparison being to something like Black Steel, a colour and a material, and the plan stemmed from there. 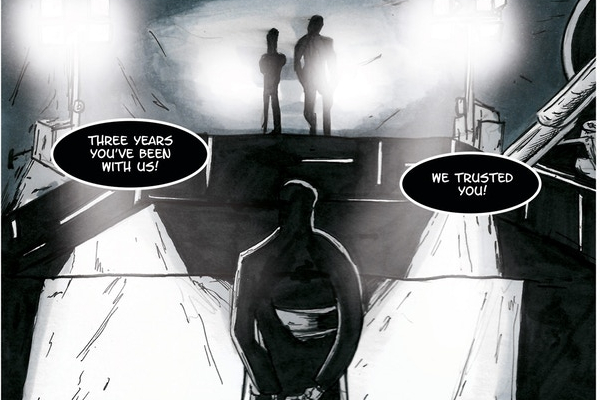 AP2HYC: Such a move feels like a playful spin on revenge thriller ideas. What other themes/concepts might Gray have going for it?

Faulkner: In a way it’s a buddy cop theme with the other character of Jordan being his friend he became a police officer with. It also deals with the idea of having a hero complex due to gaining some sort of power.

A2PHYC: How did artist Rees Finlay join the project?

Faulkner: I’ve been friends with Rees for years as we met in secondary school, we were even in the same art class together, but you can tell who had the artistic talent and who just played music that the teachers disliked.

A2PHYC: What kind of visual style would you say Rees gives Gray?

Faulkner: I love Rees’s realistic art style and while the comic being in black and white was partly a budgetary constraint, it suits the characters and the world much better and working with certain restraints can help you focus on other visual details. 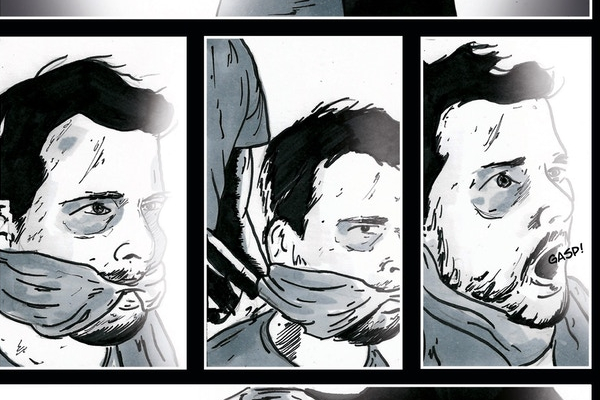 AP2HYC: Rees is no stranger to drawing action-driven comics (The High Priestess), is Gray new territory for him as an artist?

AP2HYC: Where will Gray go in future issues?

Faulkner: I have plans for these characters evolving and dealing with their problems from the mob Danny was undercover in to his constant desire to be a hero. I’ve written a story that would span 4 issues altogether so I’m really hoping Issue 1 is a success so I can carry on telling this story to those who are interested.

Have you backed Gray #1 on Kickstarter? Let us know in the comments section below or send us a Tweet!