Home » Plant Life Mystifies With its Themes of Dystopia and Addiction 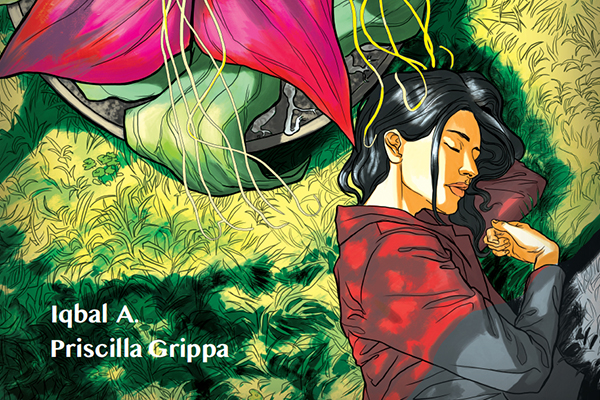 Iqbal Ali has created a familiar yet still very unique dystopian world with his latest graphic novel Plant Life. Set in a metropolitan city, Plant Life centers around the ideas of addiction on a physical and emotional level.

Set in a world where plants, or “creepers” as they’re called, are believed to be dangerous, the story follows Priss, a detective who is placed on a murder investigation in which the primary suspect is a plant.  However, she keeps a very guarded secret: that she loves plants and has raised a flower she has named Ophreilda in a secret botanical garden. Will she be able to solve this murder mystery while at the same time hiding her lingering want for the preservation of plants?

Despite how silly the plot might sound initially, Ali has created an unsettling world. Buildings loom over the city and any plant life is seen dead or decaying. In a world that is in an international emergency with climate change, seeing these panels is alarming and feels very close to today’s political atmosphere. You are immediately on board with Priss’ struggle.

Yet at the same time, Priss undergoes a form of addiction with these plants. In the botanical garden, people lay on the grass, eyes closed in complete relaxation. The imagery is impossible to ignore: spending time with these plants is the equivalent of being a drug addict. Therefore, the once devoted relationship between Priss and her flower, Ophreilda, becomes a muddled one. 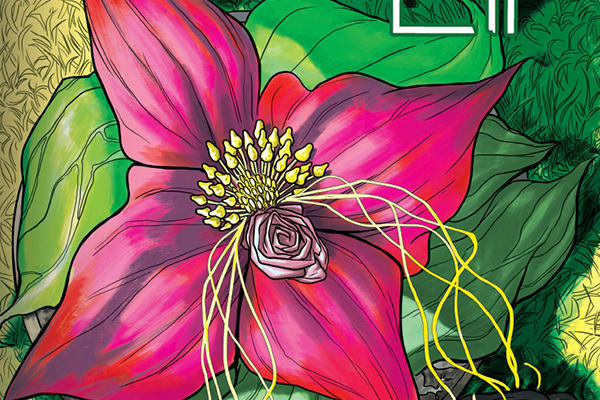 Priscilla Grippa‘s artwork is absolutely gorgeous throughout. The line art and shadows are done on a masterful level, readers will never get tired of staring at this beautiful art. A part of me would love to see what a full coloured version would look like, especially since the cover is fantastically done as well.

One aspect of this comic that bothered me was the unclear nature of the plants in this world. Throughout, they are deemed as dangerous seemingly under false pretense. However, we later find out that this is not so and they can, in fact, kill. The ending’s theme is also rather muddled as well. As mentioned before, it becomes clear that plants are equivalent to drugs. Without giving to much away, it never really becomes definitive as to whether or not Priss is supposed to give up her drug or continue embracing it. Because it’s never clear how the plants should be viewed by the reader, we never really know if humans are in the right to try and destroy them. And while some stories warrant ambiguity, this one does not give off that vibe.

The murder mystery definitely takes a backseat in this story so if you were hoping for a dystopian crime thriller, I’m afraid you’ll have to look elsewhere. But overall, the artwork and characters make this graphic novel an enjoyable read, especially if you love futuristic stories.

You can purchase your copy of Plant Life through Amazon. Have you had a chance to read Plant Life? Let us know in the comments below or send us your thoughts on Twitter!