Home » Horror & Humanism Are in Perfect Balance in Sentient 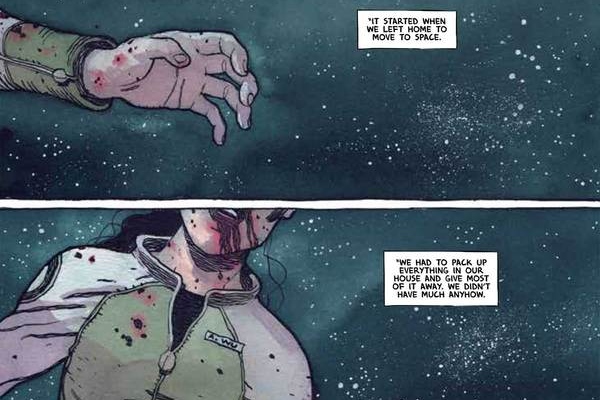 It’s always a gratifying relief when a comic meets the hype that surrounds it. With a publisher of TKO Studios‘ rapidly growing stature, the hype becomes all the more engulfing. One can never simply be excited by just one title from TKO Studios, it has to be the whole lot. Their method of releasing comics both in single issue form and trade paperback at the same time suggests they’re intent on enticing readers with as much material as possible. When reading their comics, the quality isn’t lost in the void of expectation. Reading Sentient in particular, the individual work is as creatively robust as the collected whole.

Jeff Lemire, Gabriel Walter, Steve Wands and Sebastian Girner have crafted a tense, character-driven tale of forced maturity and loss of innocence. Sentient‘s greatest strengths are when it explores the idea of ‘growing up’ an act thrust upon the children of the colony spaceship the USS Montgomery when every adult is murdered by a terrorist attack. Guided through the horrors of space by the omnipotent, omniscient yet out-of-her-depth A.I. Valerie, eldest survivors Lil and Isaac must do everything they can to survive, whilst being fearful of each other. 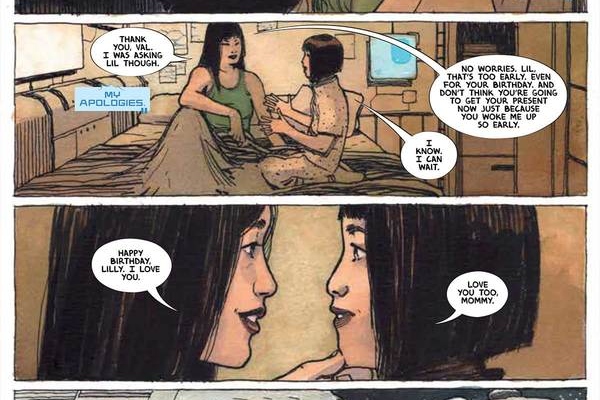 Walter’s subtle colour palette and grizzled illustrations emphasise the feelings of loss that ripple throughout Sentient, as well as adding a sense of realism to the horror motifs early on in the story. It also tunes in fiercly well to Lemire’s gorgeously-paced story-telling. In the aftermath of the attack that sets Sentient‘s story in motion, it becomes less about when they will reach their destination of the human colony and more about how they will get there. A year of the children’s journey will be spent in the black zone, cut off from communication from either Earth or the colony.

The danger of their journey rapidly escalates when further threats are met, all of which provide a platform for our key players, Isaac, Lil and Valerie, to blossom as characters. Proactive Lil’s antagonistic relationship with the shy yet logically-minded Isaac is a driving force of Sentient, along with Valerie adopting a surrogate mother role to the children and her own growth in keeping her newfound family safe. As Sentient progresses, so too does these relationships as dynamics are forged and altered chapter by chapter. The downside to focusing on Isaac, Lil and Valerie so much is that the remaining members of this youthful crew are left behind, somewhat. Issac, Lil and Valerie are left to carry the trauma of the story, whilst for the other children, the story somewhat filters around them. 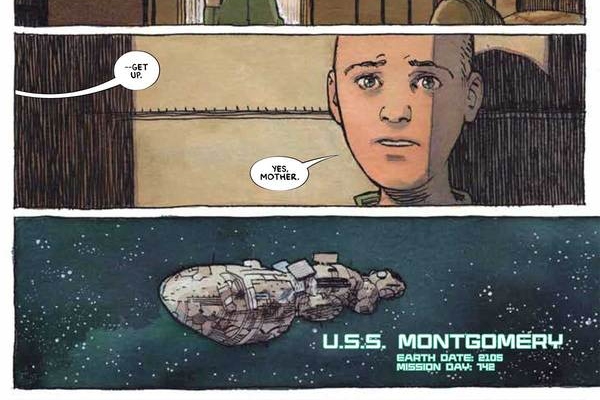 From the ashes of the terror these kids are plunged into rises a muscular heartfelt sense of empathy. Valerie becomes the standout character in Sentient, torn between acting as every type of mother figure imaginable – stern, comforting, protectful. Lemire, Walter and Wands lock creative forces to craft a character who radiates emotion, and undergoes a fully formed arc with great yet sensitive aplomb. Wand’s lettering of Valerie is a particular hightlight, with her dialogue visualised in a sharp, chunky manner that compliments her mechanical state of mind.

Sentient is a riot of emotions. Despair, love, hope and anger are woven into this superbly told and beautifully drawn comic. Lemire, Walter, Wands and Girner execute Sentient with the rich, melancholic tenderness it deserves, presenting the reader with a comic as thoughtful as it is adventuresome.

You can read the first issue of Sentient for free from TKO Studios. Have you already read the comic in full? Let us know in the comments section below or send us a Tweet!