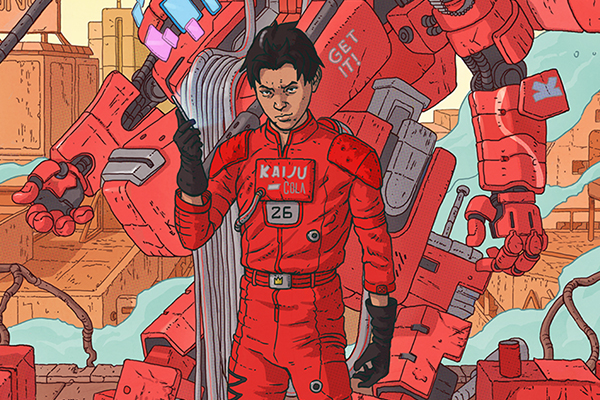 Killtopia is the epitome of mecha, cyberpunk storytelling. With its clear homages to old-school manga and anime, this is the perfect dystopian universe.

Set in a futuristic Japan, the city’s Sector K is suffering an infestation of killer mechs. In order to rid this mega-city of these dangerous enemies, armed soldiers known as Wreckers are paid to hunt them down. In return, they are often gifted with not just money but the fame and glory that comes with it. However, everything changes when Shinji, a rookie Wrecker, encounters a mech unlike any other. Crash is the first sentient mech and immediately the two are being hunted for this prize by Wreckers, android killers, and Yakuza.

First and foremost, if you haven’t had a chance to read Volume 1 of this series, you really must if you have any hope of understanding what’s happening. Volume 1 introduces us to the main conflict while Volume 2 gives us a whole new slew of characters and side plots. 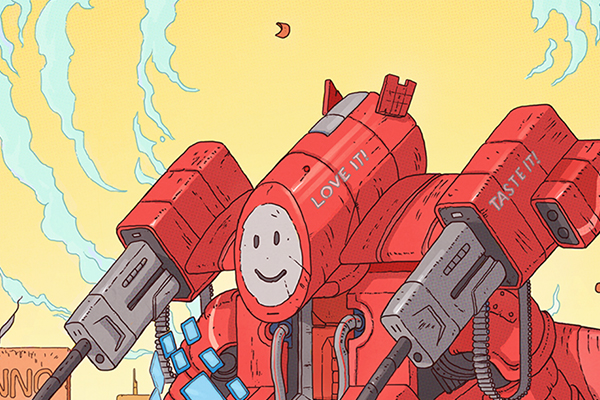 While Volume 1 focused on Shinji and Crash, this volume focuses primarily on the antagonists with Stiletto being the prime focus. A legendary Wrecker, her character interestingly becomes a social commentary on fandoms and online influencers. Dave Cook really outdoes himself in this volume as he fleshes out not just the characters but the world of Killtopia as well. As mentioned before, this comic’s story is full of homages to 80s and 90s anime with its futuristic dystopian look and ultra violence. So if you aren’t a fan of the likes of Akira or Gundam Wing, then this probably isn’t the best story for you.

Craig Paton does an equally incredible job bringing this world to life. Not only is his artwork superb, his attention to detail is uncanny. This comic can easily be read several times without readers catching all the references and small details that are sprinkled throughout its panels. The subtle nods add so much more to the story and can also be quite humorous.

Again, if you’re the sort of reader that loves action mixed with mecha mixed with the ultra violent then this is definitely the comic for you and one you should be keeping an eye on. Its able to allude to its influences so clearly yet also be its own. Its a thoroughly entertaining read and one you don’t want to miss.

You can contribute and follow the progress of Killtopia through their Kickstarter! Let us know your thoughts  in the comments below or send us a Tweet!