Home » 4 Superhero Collectibles to Get This Christmas 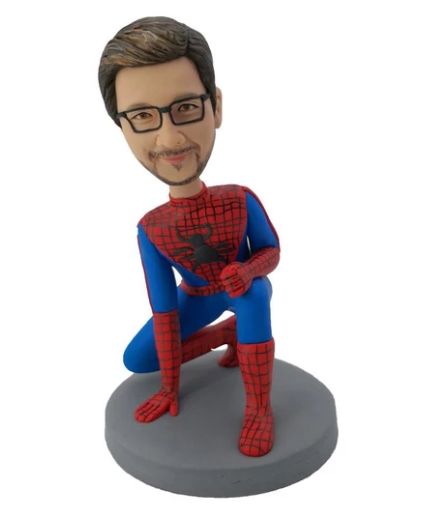 Christmas is just around the corner. Retail stores offer various toys and gifts to choose from during the Holiday Season. Thus, deciding on what to buy for your loved ones, friends or yourself can be quite taxing. We put down a handful of worthwhile superhero collectibles to get for Christmas, which kids of any age will genuinely enjoy.

Who can ever forget the last words of Iron Man before he died in the movie Avengers: Endgame? When Tony Stark said “I am Iron Man,” you knew he was already saying goodbye, which you just couldn’t accept. Tony Stark fans will get the chance to relive the memories of Iron Man through the Iron Man MK50 Robot. This is the first-ever humanoid robot inspired by a Marvel Cinematic Universe (MCU) character.

UBTECH Robotics developed the robot, which can be paired with your mobile phone to control its movements, lights, and sounds. Just like an action figure, the Iron Man MK50 is 13 inches tall with a moveable head, arms, and waist. But better than action figures, it has light, motion and infrared sensors and can connect to a smartphone or tablet.

The Iron Man MK50 Robot app is available for Android and iOS to give you augmented reality (AR). This mobile app enables you to control the robot. You can make its head turn, move its arms and let it walk forward and backward. The Iron Man MK 50 Robot can also pick up voice commands using its dual-array microphone. You can even upload a short video of yourself to replace Tony Stark’s face displayed on its LCD screen.

“Just another service provided by your friendly neighborhood, Spider-Man.”

The Sphero Spider-Man Interactive App-Enabled Super Hero is 8.5 inches tall full of witty and humorous entertainment. It has a built-in infrared, which allows the figure to detect and react to movements. With its two-hour battery life, you can make your friendly neighborhood wake you up in the morning or be your companion to play games. It can be charged using its foot via charging dock or a micro USB cable, whichever you prefer.

With rotating arms, this Sphero hero literally has a big head, looking more like a bobblehead. To know more about this, click here. His big, black-framed LCD eyes can form expressions showing this cool dude’s charisma and personality.

You can interact with this web-slinging superhero only through the Sphero Spider-Man Interactive App or voice commands. The app is available both for iOS and Android. A Bluetooth connection is necessary to control Spider-Man, and a Wi-Fi is a must for firmware updates.

You can select a name and superpowers for your Sphero hero to “Fight Villains”, “Team Up” or simply “Hang Out”. The Fight Villains interaction is where you use the superpowers you choose for your character. Catching the bad guys will all depend on your hands since you will be the one to make the decisions.

Team Up is playing a set of random games where you can guess things being described by Spider-Man. This interaction can also help you practice your superhero’s skills or basically choose a costume. For Hang Out, you can relax and let your friendly neighborhood be natural in his own chatty character by telling a joke or a story. All you need to do is listen to Spidey being talky.

Wonder Woman is one of the most iconic female superheroes there is in the world of comics. One which shouldn’t be missed by fans is the Wonder Woman bust manufactured by Sideshow Collectibles. This wonder statue is 9.5 inches tall, with Diana Prince holding the golden Lasso of Truth in her hands.

The polyresin Wonder Woman bust is beautifully sculpted including details of the costume, the tiara, and the face of Diana. Even the Lasso of Truth was intricately carved to look like a real rope. This sculpture captures this female superhero’s devotion to fighting injustice with honor and love.

Made with high-quality polyresin, it is a timeless collection where the heavily armored Batman faces no less than Superman. This 6.4-inch statue will definitely be a big addition to the gallery of any DC Comic follower.