Home » Learning About Morality From AI Heroes and AI Villains 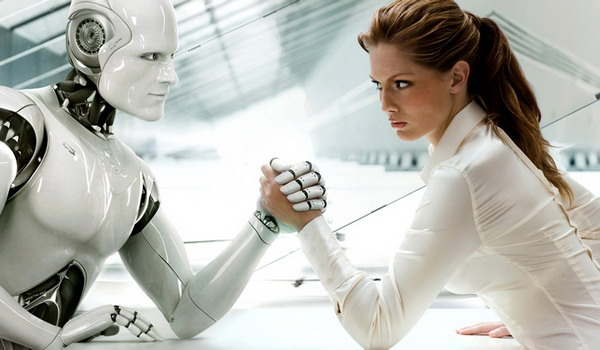 As a common trope in both sci-fi movies and typical action and drama movies, AI plays many roles in a movie. But one of the most important roles, especially in a meta sense, is that of understanding morality. After all, if AI is artificial intelligence, it may be helpful to understand humanity’s natural intelligence. Whether intentionally or unintentionally, this ranking of AI in movies will show you the morality lessons that movie makers have added into their AI characters.

What makes a villain? In many AI stories, villains are emotionless robots that want to destroy humanity for one reason or another. Typically, that reason has to do with the fact that the robot believes that it’s more beneficial for humanity to die or pare itself down. These are just a few examples of that trope.

On the other hand, you’ll find some evil AI that maybe don’t even perform extremely evil acts. Rather, some people consider these AI evil for harming others around them, whether under orders or to try and achieve their own self-centered goals.

Of course, there are also very heroic AI in stories. So, what creates the flip side and turns an AI good? For a subset of AI, this heroism happens because an AI has significant power and uses that power to benefit humanity. Whether supernaturally intelligent like Data or just able to perform AI-specific tasks like KITT, these AI perform truly heroic deeds.

Another subset of good AI has to do with AI that you might simply consider good people if they were humans. Chappie and R2-D2 may not have superhuman intelligence or the ability to pilot a huge spaceship, but they’re charming characters that add a lot to the story. Many of these characters are more childlike, giving them points for charm rather than their individual actions.

As with humans, movie makers at times have attempted to create AI that are more neutral in alignment. In some instances, this neutrality simply forms as a result of these AI’s intentions. For example, these AI serve a purpose in the story where they simply carry out tasks assigned to them, whether those tasks are good or evil.

But in other instances, you’ll see much more of a “character” behind these neutral AI. Rather than being a lifeless husk for commands, these neutral AI seem to show feelings and emotion. They just take advantage of those feelings like a human and don’t stick too closely to one alignment or the other.

What can AI teach people about morality — and, more importantly, about how humans see morality? Many evil AI put their powers to use to harm humans. People tend to see actions against humans as being actions against morality, and these evil AI showcase that perfectly. In general, the actions that these AI take tend to be actions that evil and good humans in stories take, just turned up to the maximum. That’s what really shines in these stories, and it’s why AI are such a staple of storytelling.