Home » Who Are the Most Educated Female Marvel Superheroes? 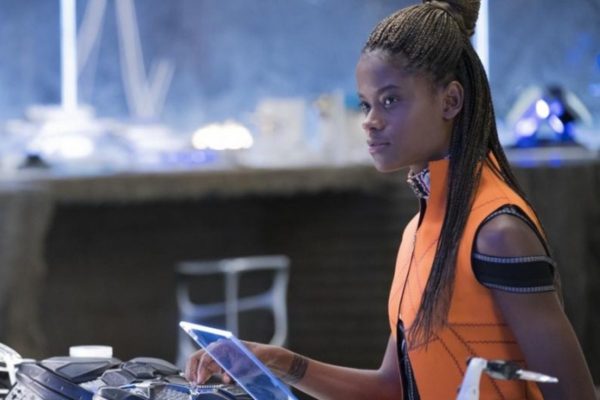 Knowledge is a powerful weapon. This saying is especially true in the Marvel Universe, where our favorite heroes regularly face inexplicable phenomena and cosmic events of various scales. They invent new devices and technologies, create chemical elements, and know how to control time. One of the teams, Ultimates, solve global problems with the help of science. Thus, they managed to cure the hunger of Galactus. Researchers at gpalabs.com distinguished the most intelligent Marvel heroes. We, in return, decided to find the most educated female characters from the Marvel Universe. So, please fasten your seat belts and let’s meet the smartest women among superheroes.

A new Wasp has appeared in the comics not so long ago, but she is already extremely promising. She is the daughter of one of the smartest characters in the Marvel Universe — Dr. Henry Pym. She is similar to her father: Hope also tends to immerse herself in work, forgetting about the rest of the world. However, she is more stable emotionally. When a new Wasp was a little girl, she was sent to the same establishment where Black Widow was, known as Red Room. However, due to high intellectual capacity, Hope was transferred to another department where she conducted experiments. Hope started learning “Pym particles”, managed to alter hew size, and escape from the institution as a teen. Even though her story is just beginning, she has already proved to be quite an intelligent young lady following her parents’ footsteps.

Jennifer Susan Walters is the cousin of the famous Bruce Banner known as Hulk. Before the blood transfusion from her relative, she was a highly-skilled and intelligent lawyer who graduated from the University of California, Los Angeles. Unlike Bruce, She-Hulk managed to retain emotional state and intellect after the transformation. Thus, she becomes more powerful, faster, and still controls herself, unlike Bruce.

This hero from the Black Partner definitely deserves our attention. This young girl is as smart as Tony Stark, Bruce Banner, and Hank Pym. The smallest princess of Wakanda speaks three languages and is a real technological genius. Shuri was trying to help save Vision and extract the Mind Stone from his body. She offered a harmless solution that no one had come up with. She develops and creates all the latest technologies in her country as a leader of the Wakanda’s Development Department. At the age of only 16, she is already one of the smartest people on the planet.

Lunella Lafayette is a genius 9-year-old girl from Lower East Side, New York. Due to her unusual name and incredible intelligence, she was bullied at Public School 20 Anna Silver for being a weird nerd. At her young age, she is already a promising engineer and inventor. Even the Krees consider her intelligence to be a threat to their universe. She created a device that allowed her to find the Omni-Wave Projector, hacked the police department, and developed various appliances that enhance the power of her costume. This is, perhaps, the most educated and promising female Marvel superhero!

What can you expect from the daughter of Mister Fantastic and Invisible Woman? Valeria Richards inhabited all the best from her parents. Just like her mother, this young lady is capable of producing force fields, knock-out punches, and time-dancing. As Valeria von Doom, she was a bright inventor who managed to create a device that made her invisible and other appliances for costumes. When she was reborn and became a toddler, at the age of three, she had already surpassed her dad’s intelligence but preferred to hide her abilities. Just imagine that she invented a toy based on Artificial Intelligence at the age of only two!

Our list will be incomplete without this young lady. At the age of 15, Riri Williams is already a student at MIT. She managed to construct an armor-costume similar to the renowned creation by Tony Stark. While Tony made his costume in a cave, Riri built her version on campus with the help of details and materials she had stolen at the university. Tony got to know about her achievements and decided to support her and mentor to becoming a superhero. We have no doubts that this girl will significantly surprise us in the nearest future.