Home » Mimi And The Wolves: Volume 1 Deceives You With its Charming Appearance 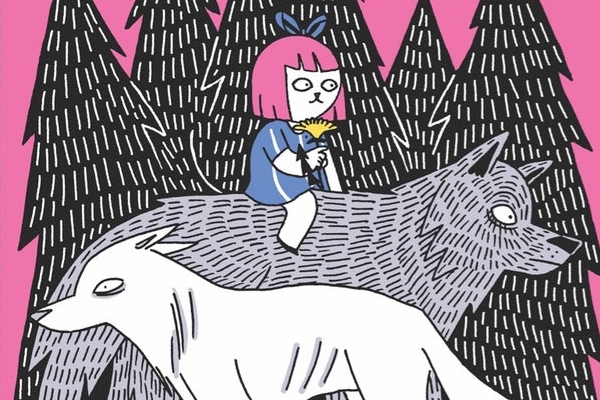 A venomous energy is at work in Volume 1 of Alabaster Pizzo‘s Mimi And The Wolves that’s hugely deceptive. The coarse language and violent imagery is at odds with the low-key anthropomorphic world that Mimi And The Wolves is set in, the chasm between the two aesthetics becoming more and more apparant as the comic’s twisted tale of fantasy as a metaphor for abusive relationships unfolds.

Mimi And The Wolves reads like The Wind in the Willows as if reimagined by Studio Ghibli, but with an added darkly spiritual layer that bubbles to the surface over time. Mimi And The Wolves sees the titular mouse-esque Mimi abandon her calm, routined life when a group of wolves claim they can help her with her recurring dreams of some unknown goddess wandering in and out of her life. Tearing herself apart from her safe and secure relationships with friends and her lover in favour of something far more dangerous, Mimi And The Wolves greatest strengths comes in how it portrays the breaking down of relationships. 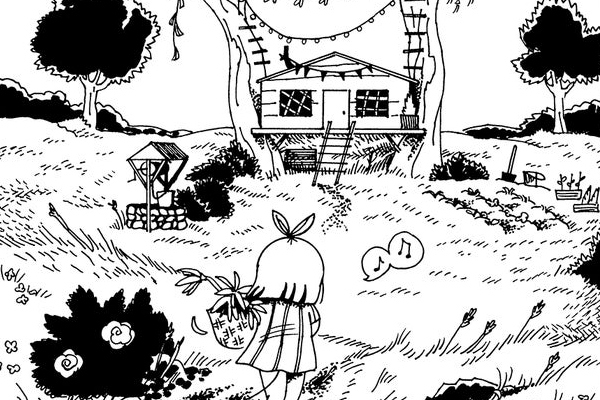 Mimi’s dreams and the advent of wolves Ergot and Ivy, who take her under their wing, are not entirely coincidental, and there’s an abundence of revelations to be made in Volumes 2 and 3. With Volume 1 however, Pizzo writes with a deadpan sense of pace as Mimi destroys one life in favour of another. Ergot and Ivy have their calculating motives for beckoning Mimi into their lives, motives that are cruel and hurtful, but in classic abuser fashion, they portray themselves as a safe haven for Mimi, away from her genuine friends who’s humdrum lives aren’t enough for her anymore. Pizzo writes this spiralling turn of events for Mimi in compelling fashion, boulstered by the fantasy elements of the story, as Ergot and Ivy’s true intentions take hold of Mimi. 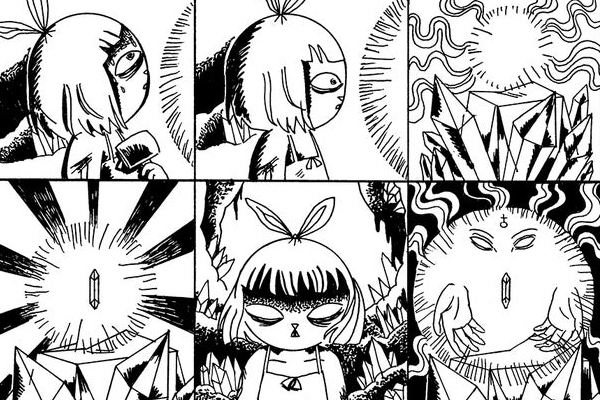 Adding to the aformentioned perverse split in the comic’s style is the artwork. Pizzo compresses Mimi And The Wolves into tight panels, giving an almost journal-like feel to the comic. However, her handling of the comic’s black-and-white palette is the true visual star here. Her use of bold shadows to emphasise detailing is as impressive as when she pulls back, and allows for a more muted tone to emerge. When Mimi And The Wolves‘ fantasy elements kick into overdrive, Pizzo unleashes a far more ornate and religious visual style, resulting in Mimi And The Wolves having no trouble in flirting back and forth between domestic comfortability and an intense, fantastical unknown.

Mimi And The Wolves Volume 1 is a strange, often menacing sort of comic. It shimmers with its subdued blend of reality and fantasy, whilst its metaphors for relationships is powerfully told and beautifully drawn. Volume 2 and Volume 3 can’t come soon enough.

You can discover more about Mimi And The Wolves from Avery Hill. Have you already enjoyed the comic? Let us know in the comments section below or send us a Tweet!