Home » With a Diverse Cast, Daughter of Titan Brings a Breath of Fresh Air to the Superhero Genre 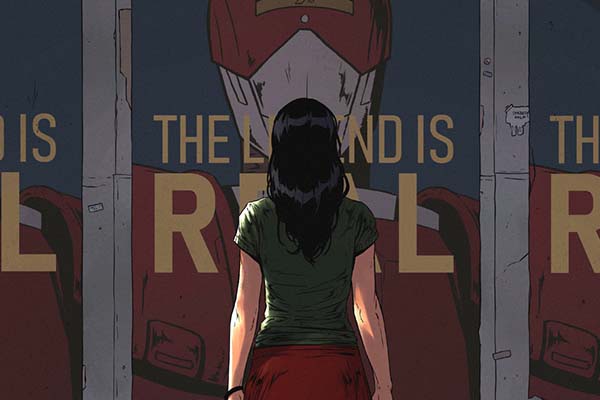 As much as we’ve progressed with diversity in media, Daughter of Titan proves that we’ve still got a long way to go. With such a rich cast of diverse characters and currently crowdfunding its third issue on Kickstarter, Daughter of Titan offers a fresh perspective on the superhero genre.

Alena Amar, a twenty-something-year-old student, is barely coasting through her studies at university as she switches majors to appease her parents. Her best friend Suzanne is a prodigy in the robotics field and its clear Alena yearns to still be a part of that world. However, things take a dramatic turn when Alena is attacked one night and discovers she has unnatural powers. As she struggles to understand her new abilities, the government’s augmented police force is frantically trying to track her down.

On the Kickstarter page for issue #1, writer Richard Mooney‘s primary goal was to write a realistic female protagonist. Mooney is able to achieve this goal within the first set of panels. Alena is immediately relatable as she tries to navigate a world that suppresses her whether it’s her mother or the society that she is forced to live in. The friendship she has with Suzanne is by far the best part of the comic. Their ever growing relationship is not only wholesome but also gives readers the badass female duo we’ve been waiting for.

It’s not just the female duo that is able to win the hearts of readers. Alena’s parents are positively charming within every panel. Next issue promises to feature more of them as we dive into Alena’s past and we can’t wait to see them shine in the spotlight. There is also the morally grey Frank Brenner, an ex-augmentation police officer who suffers serious psychological problems in the aftermath of being the first in the augmentation program. These characters are sure to make for an interesting story down the road. 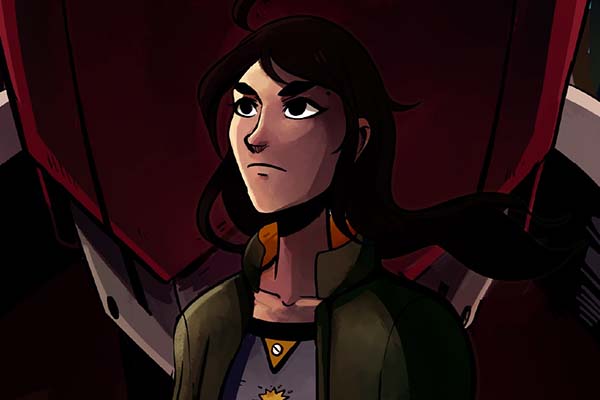 The artwork improves tremendously with each issue. Vivian Truong‘s softer art style does a perfect job at setting up the world and characters. She is able to communicate so much of what each character is feeling through the eyes alone, allowing the reader to truly take a glimpse into each character’s soul. Monika Laprus-Wierzejska does an equally mesmerizing job of bringing action to the forefront of issue #2. The detail in her art not only ramps up the action but also has a sense of foreboding danger as the stakes are raised.

If you want a superhero comic that features women and are looking for something with a little bit more mystery, then this is definitely the story for you. It’s a page-turner in every sense of the word and shows no signs of slowing down. Do yourself a favor and be sure to check this comic out.

You can support Daughter of Titan #3 by back up its Kickstarter here! Have you had the chance to check out this amazing comic? Let us know in the comments below or send us a Tweet!