With DC and Warner Brothers having some trouble connecting with audiences due to flops such as Justice League, Batman v Superman and Suicide Squad, it was a breath of fresh air with the surprise hit Shazam!. The lighter and less gritty tone to the film added some much needed charm into the DCEU, while also bringing a less mainstream superhero in to the limelight. With Zachary Levi giving a great performance, showing the child like mindset of Shamzam’s alter ego, Billy Batson and the relationships between his foster siblings. Not only do we get a good look at the relationship between the other kids in the film but of course, the villain too. Mark Strong gives a solid performance in his role as Dr. Sivana, the main antagonist whose character is one of the main villains Shazam/ Billy encounters in the comics. So with some of my initial thoughts of the first film out of the way we can get into some of the things I think would good to see in the sequel. 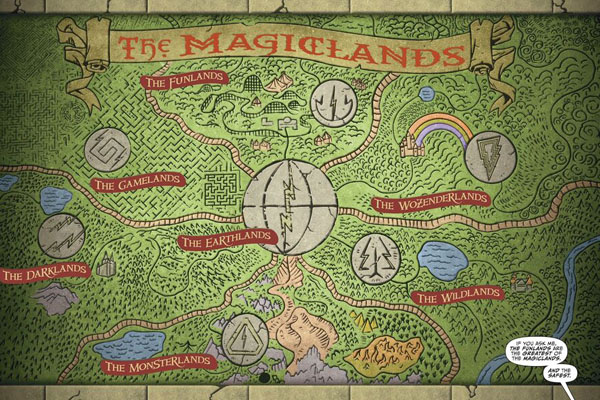 If you stayed to watch the mid credit scene at the end of Shazam! you’ll have picked up on two things, one being a strange looking caterpillar type creature called Mister Mind and then there’s what he mentions, the seven realms. So what are the seven realms? They are what’s called Magiclands.

Funlands: This land could be described as a fairground but much larger. It’s ruled by Kid King, who seeks to become Billy’s seventh sibling.

Gamelands: This land is essentially a giant video game in which a high score is needed to survive and escape. Imagine something similar to Tron or Ready Player One.

Wildlands: The characters that wind up in this land are turned in to anthropomorphic animals but people are locked in zoos. It’s rumoured that Mister Mind originated from this land.

Wozenderlands: There seems to be a similarity to the Alice in Wonderland books here. We know that there are talking trees and it laps over with the Funlands.

Monsterlands: This is a land that was used as a sort of prison for various monsters until an uprising occurred.

Darklands: It’s a sort of afterlife where the souls of the dead go. It’s implied that if a living person enters, one of these dead souls could exchange that life for their own.

Earthlands: Earth is at the centre of all the other lands. This is the main reality in the multiverse. 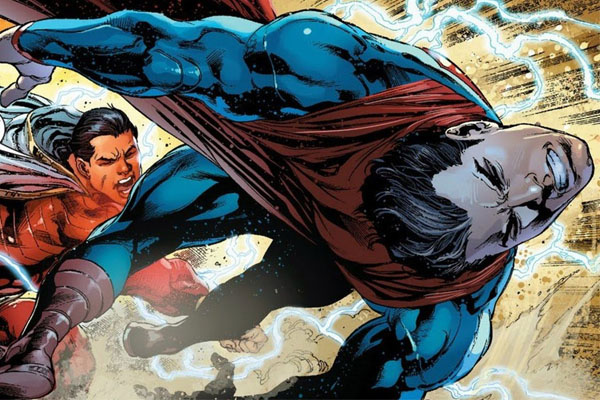 At the end of Shazam! there was a deleted scene for one of the original ending to the film. In this clip it was Superman sitting down with Billy at school. However due to filming schedule complications Henry Caville was unable to cameo as superman for the intended ending. Seeing as the initial view for this film was to include Superman does that mean we could see other members of the Justice League showing their faces in the sequel? If so this would create an interesting dynamic as one of Superman’s only weaknesses is magic. 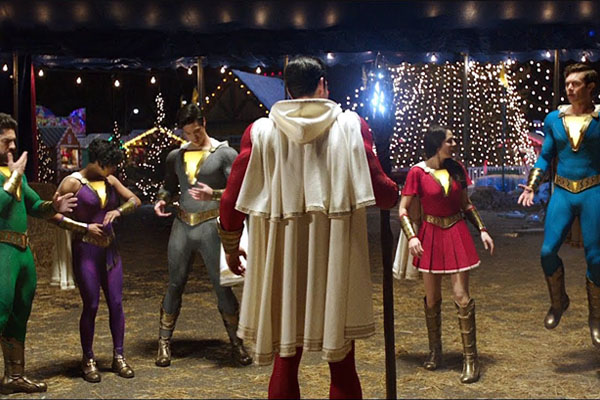 By the end of the film we see Billy share his powers with his other foster siblings. According to the comic, the power is shared equally so if they all transform at once, they each get a smaller fraction of the power. It was actually Black Adam, Shazam was fighting in the comics when he first shared his powers with his siblings. When the siblings fight Black Adam, Billy accidentally makes his siblings lose their powers. So we can see that Black Adam already has an established connection with the Shazam Family. The other thing I’d be expecting to see is some sort of rift between the siblings at some point in the sequel. This could come from Billy making his siblings lose their powers accidentally. 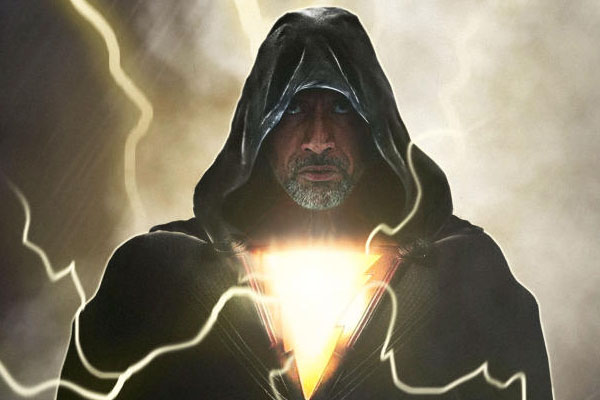 One thing that has been on my mind ever since my first viewing of Shazam! is who would fill the seventh throne. One likely candidate is Black Adam. Dwayne Johnson is due to play the character in a standalone film, Black Adam.  He got his powers in a slightly different way than Billy Batson, His powers are gained from the Egyptian gods instead of the greek ones. His backstory shows how Black Adam become darker, more of a villain, his family were killed and after he got revenge Black Adam then overthrew the government. The wizard Shazam decided to trap him after these actions. While the character is usually portrayed as a villain, Johnson has been claiming he may be a hero this time. While we don’t know if Black Adam will take up the final seat, I think we will at least see an appearance in the sequel. 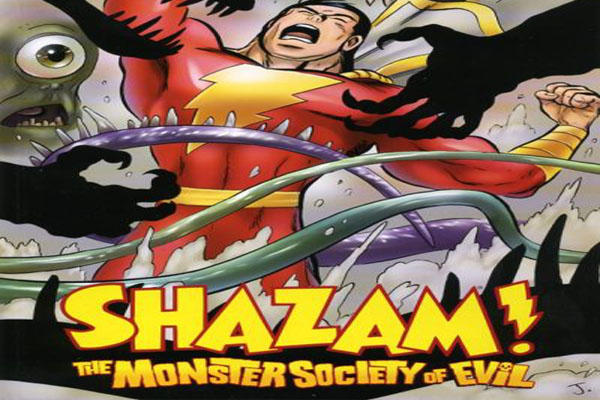 The Monster Society of Evil were the first super-villain team gathered in comic books. They would often clash with Shazam and the Shazam family. This society is often led by Mister Mind. His recruits would often include Dr. Sivana, Mister Atom, King Kull, Oggar and IBAC who exchanged his soul for the power of historic warrior and tyrants such as Ivan the Terrible and Attilla the Hun. It’s safe to say it’ll be likely we’ll see Mister Mind and Dr. Sivana if the mid credit scene from the first film is anything to go by. 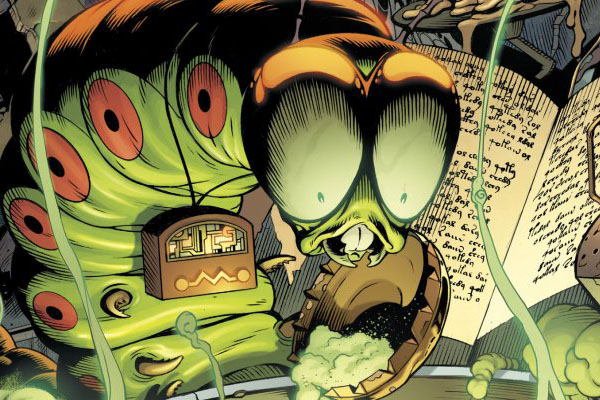 Mister Mind is a strange worm/caterpillar looking creature from the planet Venus. His powers include telepathy, mental image projection and mind control. Mister Mind united with Dr. Sivana in the comics to plan a worm invasion which Shazam would eventually foil. There seems to be some wiggle room to explore with this character. Due to his powers of mind control could we see some of the other siblings come under his control? My prediction is that Mister Mind will be the main villain for Billy Batson and his siblings to fight in the sequel.

I feel there is a lot that the sequel could explore with the relationships, lore and universe fo Shazam! Could we see other DCEU characters cameo in the sequel? Either way lets hope DC and Warner Brothers keep on the right track with these promising upcoming Films.

What do you think will be the new challenges Billy Batson and his family will face in the sequel? Sound off in the comments or send us your thoughts on Facebook or Twitter!