Home » Heartbreaking and Nostalgic, The Junction is a Powerful Thriller about Loss and Grief

Sometimes, there’s nothing better than reading and talking about a wholesome and sensitive new piece of writing and that is what I’m going to do in this review.  The Junction is the first graphic novel produced by Canadian animator and illustrator Norm Konyu. The comic book is currently crowdfunding on Kickstarter.

The Junction tells the story of Lucas Jones, an 11-year-old boy who disappears in 1984 from Medford, his home town. In 1996 Lucas finally finds his way back home. His aunt and uncle are ecstatic to have him back, but the local police is more wary of him. In fact, Lucas should be a 23 years old man but he hasn’t aged a bit; he still looks like the day he disappeared 12 years ago. The police and a therapist start investigating Lucas’ case. Lucas is reluctant to share his journey, but we find out that he spent the last 12 years in a mysterious place called Kirby Junction.

The story doesn’t have a linear narrative; on the contrary the author had the brilliant idea to employ different storytelling techniques. We see the story through diary pages, psychology sessions and conversations between detectives. The thriller element of this work derives from the fact that the reader has no idea how to distinguish what is real and what is the product of Lucas’ mind; we have to study the clues along with the police in order to solve the mystery. Sometimes this kind of storytelling can be very confusing to the reader, or at least hard to follow, but Konyu’s mastery is in being able to use this structure and make it flowing and entertaining. 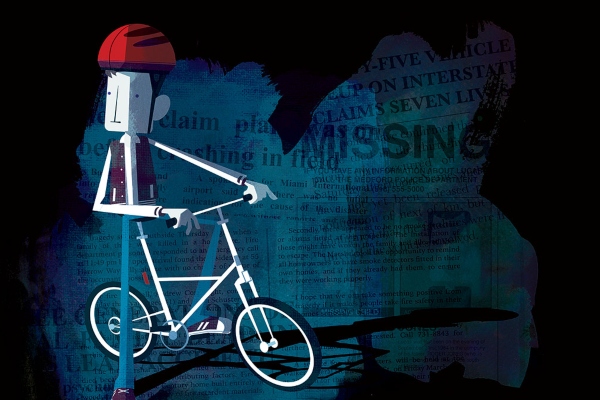 The author also does a good job with avoiding unnecessary exposition through dialogue. Comic books are a visual medium as much as films, TV shows and stage plays; actions and events should be shown as much as possible rather than be talked about or being discussed between characters.

The only thing I found unnecessary was in the very first few pages of the comic, where Lucas is at the police station and a detective tells him that he was away for a very long time and that he hasn’t aged since the day of his disappearance. I think it would have made me more curious to discover why the chief of the police insisted on interrogating what seems a regular 11 years old in the middle of the night, instead of letting him go home and spend time with his family. This is a minor thing though, and it doesn’t affect the quality of the piece.

I can’t say too much about the plot without giving too much away, but I can say the main themes we deal with are grief and loss. This story turns out to be much more than just Lucas’ disappearing mystery; you end up caring for every character. None of the characters, not even the minor ones are two dimensional or superficially constructed; every single one serves a purpose to the plot and in exploring these themes. Grief and loss are explored in such a sensitive fashion that I can imagine reading this with a child. To be honest, the whole graphic novel reminds me of a children’s book. 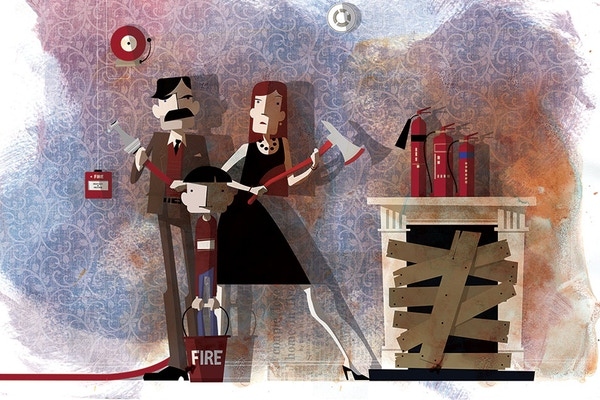 The artwork is memorable, mainly because it strikes you with the expressiveness of its background brushstrokes. However, it doesn’t look chaotic and unclear, because the characters have a very clean and clear silhouettes. They are highly stylised, almost cubist. The only possible criticism that I can make is that the characters’ faces are too rigid and expressionless; this can make them look distant and monotonous. However, not having distracting faces can help the reader focusing more on the narrative. Said so, The Junction possesses a prevalent gothic element to it. The book reminds me of Tim Burton‘s film Big Fish, for its combination of realism and surrealism.

I spent the majority of my school years studying writing and storytelling. One of the first things that my writing teacher taught me was something about endings and readers. You don’t give your readers what they want; you give them what they need. When I say “need” I mean closure or acceptance. I think this principle describes perfectly the ending of The Junction; we’re given closure, what we need.  I do recommend reading The Junction. I found it poignant and addictive, and I was on the edge of my seat for the whole time I was reading it. Norm Konyu could have not written a better piece of work for his debut as a graphic novelist.