Home » Spider-Man: Into the Spider-Verse 2 – Now With More Spiders

Spider-Man: Into the Spider-Verse came out in 2018 and blew all of our minds. (Or at least, it blew this nerd’s mind). As is the case with many animated films, Into the Spider-Verse works wonderfully as a standalone. But Into the Spider-Verse was a critical and commercial success. It must have lit up dollar signs in the eyes of Sony and Marvel Studios. It’s inevitable that a second movie would soon be in the works. Perhaps I’m just cautious, but I believe that Into the Spider-Verse doesn’t need a sequel. The film has the fortune or misfortune to be part of a franchise. In this particular case, Spider-Man movies have a long history of being rebooted.

Reboots can work, but the process of treading and retreading the same story gets boring. Peter Parker’s mythos is one that even the most ignorant Marvel fan has familiarity. “With great power comes great responsibility.” The story of Miles Morales is less familiar. Created in 2011, Miles Morales is part of a new wave of Marvel superheroes. In a way he’s a reboot of Peter Parker. 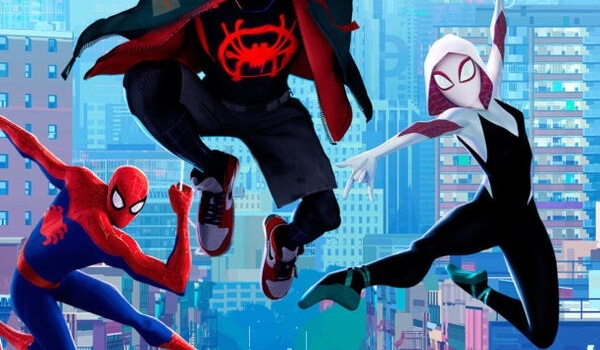 Spider-Man: Into the Spider-Verse 2 will come out in 2022. There isn’t a lot of information yet, but there is a nineteen second teaser. The teaser is Miles’s logo set to different glitches. Fans have gone rabid trying to “deduce” which Spider-People the teaser includes. They hope it will reveal clues for the movie. Every Spider from Silk to Spider-Punk to the obscure Japanese Spider-Man has been tossed forth as a possibility. The incarnation from the 1970s’ Japanese TV series has an Easter egg moment in Into the Spider-Verse. When a fan on Twitter asked a Spider-Verse producer about the Japanese Spider-Man in regards to the next film, he responded with “he’s designed”.

While it’s uncertain if Supaidaman will actually be in the new movie, Miles Morales (Shameik Moore) and Gwen Stacy (Hailee Steinfeld) will likely return. A rumor claims that Spider-Verse 2 will focus more on the romance between Miles and Gwen. The first film dropped that plot-thread. There must have been enough going on with the multi-dimensional characters and the focus on Miles’s adjustment to being Spider-Man. Near the end of the movie Miles says that “anyone can wear the mask”. Directly this relates to the many people holding the mantle in Into the Spider-Verse. It’s also a message that ordinary people can become heroes.

Which Spider-People do you want to see in the next film? Sound off in the comments or send us your thoughts on Facebook or Twitter!