Home » Its “The Fey and the Furious” With Rivers of London! 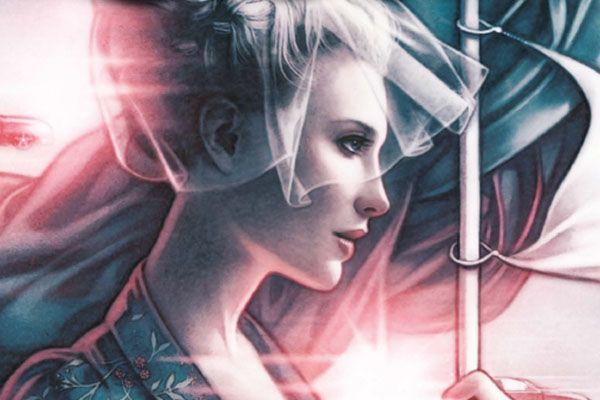 Rivers of London is back with their latest graphic novel: The Fey and the Furious. Set in the world of Ben Aaronvitch‘s novels of the same name, this graphic novel is an urban fantasy lover’s dream.

A car is discovered in the Netherlands river belonging to a young boy racer. But that’s not all: a bag filled with unicorn horns is also found! This supernatural discovery calls for none other than Peter Grant who is still on suspension from his previous endeavors. It’s up to Peter and co to figure out what drag racing has to do with unicorn harvesting.

Aaronvitch and co-writer Andrew Cartmel are once again the epitome of a dream team. Their seamless work brings the thrill of a crime drama but with the necessary flare for comic book readers. Once again, the duo are able to craft a mystery that doesn’t feel rushed or drawn out. It perfectly fits within the confines of the comic while also not spoon-feeding its audience.

The cast is also even more diverse than its ever been and its nice to see Nightingale take more of a back seat than usual so the rest of the cast can shine. Peter and his girlfriend, Beverly Brook, easily steal the show and you can see how their relationship has grown over the volumes. They’ve become their own team, arguably more so than Peter and Nightingale.

Of course, the story is only the half of it. Lee Sullivan and Mariano Laclaustra breathe life into the characters with their exquisite art. It can be difficult to juggle so many characters and personalities on a page but the two masterfully do so. But while their characters are as good as ever, what really stands out in this volume is the racing. The cool colours with splashes of neon and blurring as cars speed past one another sets the mood absolutely perfectly. You can feel the intensity of the race through the colours and composition alone. The depiction of the races are the best art we’ve seen in Rivers of London thus far!

A Place to Hang Your Cape loves Rivers of London and, once again, we cannot recommend it enough. This is a must have for anyone interested in urban fantasy. The characters are great, the mysteries are fun, and the comics are a perfect way to start delving into the world.

You can purchase your copy of Rivers of London: The Fey and the Furious through Titan Comics on December 15th! Have you had a chance to delve into the underground supernatural? Let us know in the comments below or send us your thoughts on Twitter!