Anime adaptations of manga material are weird; there’s a lot of uncertainty to them. This is because their continuation heavily relies on the success of the source material. The anime industry is a fast-paced one, and more often than not, anime based on manga are incomplete. Sometimes, they even heavily diverge from the events and development of its source material. Manga and anime stories cross because they, for the most part, are released simultaneously. This causes a lot of problems; fillers occur, conflict of characterization becomes common, and some original source material end up sidelined in favor of new material.

Reboots give old anime another shot at telling their complete story, faithful to the pages of the manga. For Shaman King, it has been quite a journey, one that is further detailed in this article from The Indiependent. But this specific article focuses more on the possibilities and second chances this story has been given. The Shaman King manga is far from perfect. However, the franchise still has a shot at making many of the things that previously went wrong, right. And what better way to correct them than its upcoming anime reboot scheduled for April of 2021? These are the 6 Things I Want to See in the Shaman King 2021! Full disclosure, this article is going to have a lot of spoilers.

6. Filler Episodes Similar to the 2001 Anime 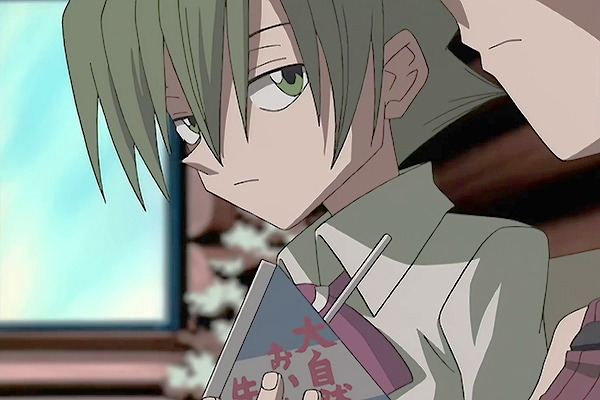 Because of its overwhelming amount of fillers and diverging plotlines, anime adaptations are often looked down on. That’s not to say that fillers can’t be successfully incorporated into manga-canon adaptations. There are ways to do this without fully tampering the story and characterizations within the source material. I’m probably one of the few that have read the Shaman King manga that doesn’t see the 2001 anime as that bad. It isn’t a perfect adaptation by any means; I still prefer how things play out in the manga. But we have to give credit where credit is due.

Shaman King 2001 has some noteworthy developments exclusive only to that adaptation. For example, Ryu’s transition into becoming a shaman. In the manga, we don’t see much build-up to his spiritual powers. They are unlocked after he is possessed. But in the anime, in the events leading up to his possession, he already sensed that Yoh was different. There is also their journey with Lyserg. In the manga, Yoh and company’s time with the green-haired Brit doesn’t see much action outside of a couple of battles. We don’t see Lyserg going back and forth over wanting to leave the group. However, in the anime, the group get into a lot of shenanigans that Lyserg deems as waste of time. This gradual building up of Lyserg’s doubt in Yoh makes his decision to leave feel earned.

There are also the small but very meaningful moments between Yoh and Anna. These moments showcase Yoh and Anna’s relationship without the available context of their first meeting, successfully capturing their dynamic. It’s these kind of things in the 2001 anime that I wish the new adaptation would take into account. It’s the development of character relationships and dynamics that I wish Shaman King 2021 takes inspiration from.

5. Expansion of the First Chapters of the Manga 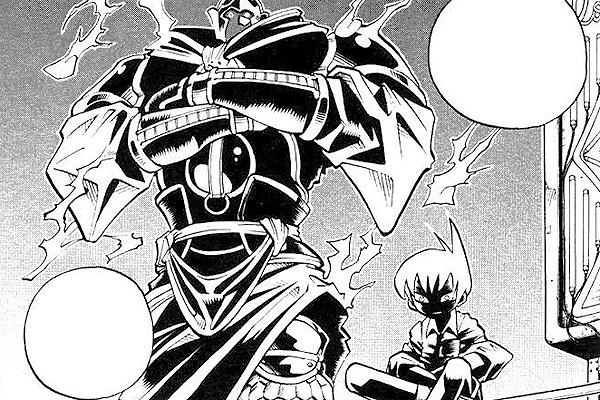 On the opposite end of the point above, one of the things that really frustrates me about the 2001 anime adaptation is the omission of certain manga chapters in favor of weaker anime-exclusive episodes. Specifically, the first few chapters of the manga. The events that occurred within these chapters were integral in building the world of shamans. For example, chapters like ‘The Unfinished Billboard’ and ‘Samurai Bodyguard’. ‘The Unfinished Billboard’ helps establish Yoh and Manta’s friendship further. It shows a glimpse of the kinds of complications that could arise in a friendship between a human and shaman.

‘Samurai Bodyguard’ focuses more on Yoh and Amidamaru’s dynamic. It is also Ren’s first entrance into the series. We see how he becomes infatuated with the idea of Amidamaru as his spirit. We also see what sparked his interest in Yoh. In the 2001 anime, the notoriety of Yoh’s family name establishes Ren’s curiosity in him. In the manga, their relationship doesn’t revolve around family names and traditions. They are just two kids who happen to both be shamans, whose paths cross.

Of course, these manga chapters are far from perfect. The fast pace leaves it quite all over the place, and sets up a very shaky beginning. This is evident in the fact that some characters from these chapters don’t appear again after that first volume. Understandable as Hiroyuki Takei was just setting up the world then. This time around, they have the ability to expand the events and the conversations that took place. They can even integrate some of the Shaman King Zero chapters to further build the world and characters. There are so many ways they can improve upon the beginning. I just hope that that is something they have considered in the making of Shaman King 2021. 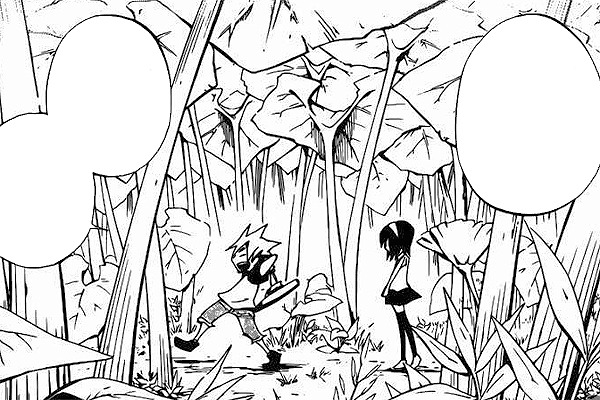 Speaking of which, Shaman King Zero is a spin-off series to the main manga. It is a compilation of different stories and events that occur before the series begins. The stories mainly focus on Yoh, Ren, Lyserg and Horohoro. The chapters act as official prequels to the events of the main manga and expands on the background experiences of each of these individual characters. But even more so than that, it adds more weight to the ongoing events of the manga.

The main manga series went unfinished for a very long time before creator Takei gave it a proper ending years after its initial cancellation. Despite Shaman King being technically complete, there are still a lot of questions left unanswered. One of those is the sudden human form appearance of Kororo, Horohoro’s guardian spirit. Her presence in the main series feels very shoehorned into the ongoing plotline. However, the Shaman King Zero chapter on Horohoro actually expands on this. It explains further her history with Horohoro and her death. We even get bonus scenes of Horohoro’s childhood experiences and his early days interaction with falling in love.

Shaman King Zero also dives into some of the darker aspects of these backstories. Like for example, Horohoro’s suicide attempt. Dark doesn’t automatically equal good storytelling. But it helps to get to know the kind of things these characters went through; it humanizes the story and characters. We get to see motivations and understand how these main characters operate. While the presence of these chapters, or lack thereof, don’t inherently change the main story, they are nice to have. It’s nice to be able to understand your characters and in turn, understand why they are the way they are now.

3. Exploration of Serious Topics Covered by the Manga 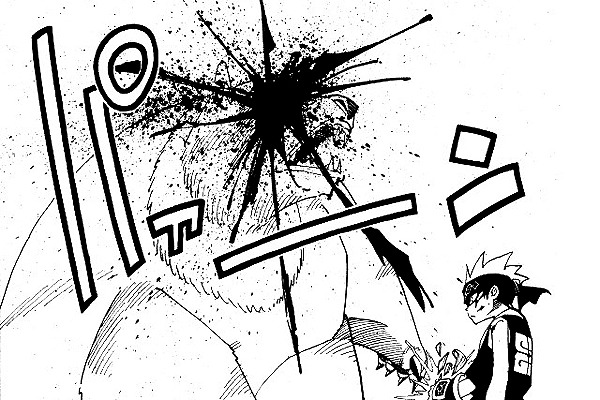 This exploration of dark topics present in Shaman King Zero is also found in the main manga. The series’ mesh of fantasy with realism lends itself very well to its overall thematic make-up. Shaman King is a series that incorporates so many different cultures and incarnations of spirituality. It also borrows many unique narratives from already preexisting literature. It takes those fantastic aspects of angels and Faustian contracts, and threads them into everyday typical characters.

Heavily influenced by religion and drugs, Shaman King is rife with popular culture references. It then uses the fictional stream of events to cover some very real, true-to-life issues. There are discussions of housing difficulties, gang violence, environmental destruction, animal cruelty, child abuse, and even a hint towards teen pregnancy. There are so much more that manage to just slip through the narrative cracks. It’s this incorporation of realistic themes against shamanism that makes this such an overall compelling story. It’s this juxtaposition that evokes questions of morality, human greed, and hypocrisy. That’s something the 2001 anime fails to capitalize on.

Censorship may have played a big role in that adaptation’s hesitance to cover the darker aspects of the series. However, there are ways to tackle these same topics with the delicacy that they deserve, and still preserve the innocence of its audience. Take for example, the My Hero Academia anime and the themes of child abuse and discrimination. Shaman King 2001 swaps manga stories in favor of episodes with similar themes and less violence and weight. While cut from the same cloth, these don’t quite have the same impact. And while the effort is commendable, it does not do justice to the many layers of the Shaman King story. I hope that this is something Shaman King 2021 can rectify.

2. An Update on Chocolove 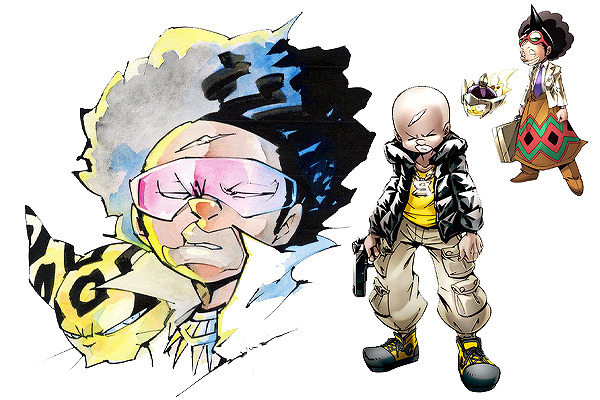 There are a lot of pros in re-adapting old time manga to new anime. But the difference in the time of its first publication to today’s society is hard to ignore. We understand better how harmful certain representations can be. Yes, Shaman King has a diverse cast of characters and cultures, but it also presents a wide array of stereotypes. For example, we’ve got a Mexican character whose design prominently features a sombrero. We’ve also got Egyptian characters whose signature masks are that of a pyramid and the sphinx.

Chocolove McDonell is an African-American shaman who aspires to make people laugh. While on the surface he remains innocent and inspiring, his character carries a lot of unnecessary stereotypes; full doughnut lips, protruding navel, gang-related backstory, comedic side-character tendencies, and a name related to chocolate. Outside of that, he does have an interesting story and a pretty amazing redemption arc. But these things don’t matter if his design remains an inherently harmful portrayal of black people.

There isn’t much that can be done for his backstory. It’s laced into the history of other characters and is one of the most compelling aspects about him. However, he deserves a real name. Also, he actually appears in another Shaman King spin-off manga called Remix Track. In it, his design has a realistic depiction of full lips. While still imperfect, this version showcases a step in the right direction. With the height of the #BlackLivesMatter movement, it’s important that the media we consume remain vigilant of how their portrayals of different cultures and races can harm those of real life. I want Shaman King 2021 to be an amazing anime. And these problems from the manga are never going to go away unless they are updated or dealt with directly. 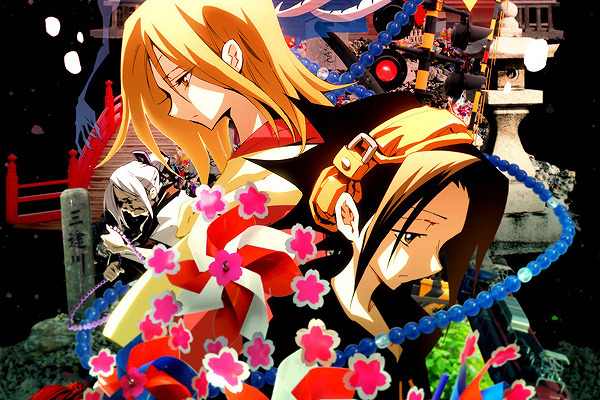 ‘Osorezan Revoir’ is a sixteen-chapter story arc detailing how Yoh first met his future fiancé, Anna. It takes place roughly around three years before the main story starts, and five years from its point of flashback. There’s a lot of backstory and we get an understanding of how Yoh and Anna’s relationship work. Aside from a hefty dose of action and tooth-rotting cute moments, it is also one of the most hard-hitting, emotional arcs of the entire series.

I have no doubt in my mind that this will be animated; it is part of the main series, and the promotional materials for Shaman King 2021 include scenes from this arc. It’s a very important piece of storytelling; not just in the grand scheme of the plot, but also in the development of these two characters. But more so than that, it’s the one thing I am most looking forward to in this reboot. I truly hope that Shaman King 2021 does this story arc justice.

Have you heard of Shaman King and are you excited for the reboot? If you are, tell us what other things you would like to see in this new adaptation in the comments below, or send us a tweet on Twitter!