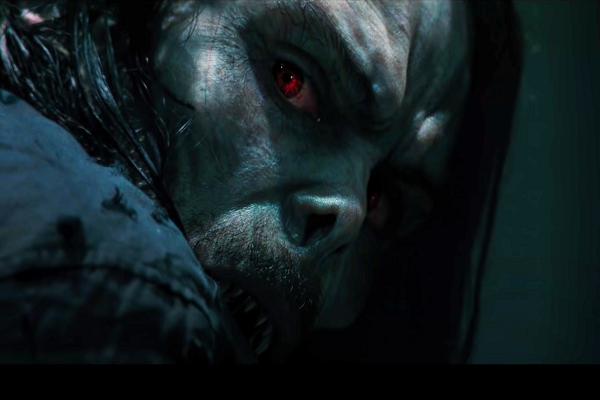 We’ve seen a fair share of villains getting their own spotlight in recent years. From Joker to Venom to the upcoming Black Adam film, it’s easy to understand the appeal of films starring villains. They’ve often got darker content and offer a unique perspective to the people superheroes have sworn to fight. So it’s no surprise that Marvel’s got a new villain film in the works, and this time we’ll be seeing a new face on the big screen: Morbius, the Living Vampire. So let’s go over what we know so far about Morbius, and what we can expect from the film.

The synopsis is pretty simple, yet tragic all the same. Michael Morbius was born to a single mother and struggled with a rare blood disease for most his life. Morbius sought a cure for his ailment and experimented with vampire bat DNA, but he got some unexpected results. He gained superhuman strength and speed, as well as the ability to fly and heal faster. But worst of all was his newly found “pseudo-vampirism”. Like vampires, Morbius needed to drink blood and stay out of direct sunlight to survive, and his appearance suffered for it. He essentially became half human, half vampire bat, resulting in a flattened nose, long gnarled fangs, and incredibly pale skin. It looks like we’ll even see this transformation in the movie, based off the official teaser trailer.

(Side note: I looked into vampire bats to see if there’s any reason Morbius would seek them out to develop a cure for his disease. Turns out, scientists used their saliva in a novel experiment that treated ischemic stroke patients by increasing blood flow. Aside from that and the small possibility of transmitting rabies, vampire bats can’t actually turn you into vampires. Disappointing, I know, but the scientific basis for Morbius’s story is certainly there!)

Morbius was Spider-Man’s adversary in the Marvel comics, though he also fought the X-Men and Blade later on. Despite his villainous origins, the teaser trailer paints Morbius in a sympathetic light. In the description of the trailer’s video, Sony summarizes Morbius as an “enigmatic antihero”, and generally the trailer depicts him as someone with a noble cause. The summary also keys into the main plot of the film, which goes in hand with his comic book backstory. Morbius wishes to discover a cure for his disease not just for himself, but for any others affected. But “what at first appears to be a radical success soon reveals itself to be a remedy potentially worse than the disease”. We watch the transformation Morbius faces in the last seconds of the trailer after he injects himself with vampire bat DNA, and it’s creepy. I get horror movie vibes from this!

Unfortunately, the trailer doesn’t leave much to the imagination. The trailer walked us through the film instead of teasing it and didn’t leave ways to pull the audience in with unknowns. The only unanswered question is whether Morbius is his own villain, or if there’s someone else fighting against him. I think it’d be pretty cool if we did get an antagonist of some kind beyond Morbius fighting his inner demons. Maybe I’m biased here since the Hulk is one of my favorite heroes, but I’d love to see Morbius engage with a main villain who wants his powers despite the obvious risks. Whether that’s a biologist Morbius works with, the government, or someone else entirely, it’d be an interesting dynamic to pursue. Literally anything along those lines could outperform both Hulk’s movie attempts.

Morbius is played by Jared Leto, who’s most recently known for his role as the Joker in Joker. I have no doubt he’ll bring Morbius’s character justice. The film also features Matt Smith as Loxias Crown, Morbius’s friend who has the same rare blood disease. Morbius turns Crown into a “Living Vampire” in the comics, and he assumes the alias “Hunger”. As of right now, we don’t know what role Crown will play in the film. I certainly wouldn’t mind if he ended up being Morbius’s antagonist, especially if they’re friends beforehand!

Other names on the roster include Jared Harris, Tyrese Gibson, Al Madrigal, and Adria Arjona. Michael Keaton, who previously played Vulture in Spider-Man: Homecoming, will also appear in the film. But we don’t know if he’ll be reprising the same role or playing someone new. I’m harboring the suspicion that he’ll be playing Vulture again. If that’s the case, it looks like we might have a fight between a bat and a vulture to look forward to! If we do get that fight, my money’s on Morbius.

Are you excited to see Morbius once it hits theaters next year? Do you want to see Jared Leto turn into a gross bat creature? Let us know in the comments or send us your thoughts on Twitter!