Home » What Should We Expect From “Venom: Let There Be Carnage”? 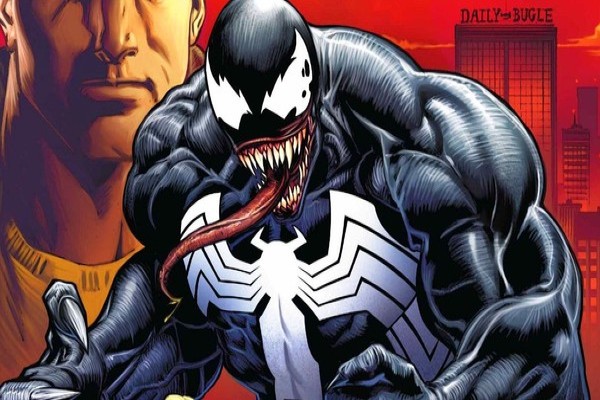 About a month ago I got the chance to sit down and watch Venom for the first time. Tom Hardy did a great job playing Eddie Brock, but I can’t say the other actors were on par with his performance. The pacing was slow at times and the action sequences left me wanting more. So overall I thought it was okay, and it’s far from being my favorite Marvel movie. Despite this, I was excited to hear there’d be a sequel! But when I found there wasn’t much info on it yet, I was shocked. We’ve got a concept trailer, a cast list, and a poster, and not much else. So let’s make some predictions about what to expect from the sequel, especially concerning our titular new villain: Carnage.

Like Venom, Carnage is an alien symbiote who can attach itself to human hosts and grant them superpowers. Its first and most infamous host is Cletus Kasady, an imprisoned serial killer. Their fusion is a match made in hell! Carnage amplifies Kasady’s sadistic and violent tendencies, making for an incredibly powerful and dangerous villain. He’s usually seen as Spider-Man’s adversary, but he’s also Venom’s enemy, which sets the stage for the sequel. His design is fairly similar to Venom’s as well and is essentially a red-colored clone.

In Venom, we got an end credits scene revealing Carnage to us. Eddie Brock visits Kasady in prison, where Kasady announces that when he escapes, “there’s gonna be carnage”. If that wasn’t enough to go by, Woody Harrelson will be reprising his role in the sequel, confirming that Carnage will be our main antagonist. The clip’s too short to promise if Harrelson will live up to Carnage’s name, unfortunately. But it’s a good way to set the scene for his backstory and his connection to Brock. I’m really hoping we get a cool transformation sequence when the time comes for Carnage in the sequel; if it was identical to Venom’s I’d be disappointed.

Though the sequel title alludes to Carnage’s appearance, we’ve also been given confirmation on a second villain that will appear in the film. Naomie Harris will be playing the supervillainess Shriek, who is one of Spider-Man’s enemies in the comics. She’s a mutant with powers over sound waves, and she’s also able to use these to manipulate peoples’ minds. Carnage busts her out of prison early on and they team up with a bunch of other villains and go on a huge killing spree in New York City. Shriek is also Kasady’s love interest, though it’s unclear if those feelings were ever returned. Nothing quite says “romance” like a killing spree, right?

Since Shriek was originally a mutant, it’ll be interesting to see how she’s portrayed in the movie. Sony doesn’t have the rights to the X-Men or mutants, so it’s likely her backstory will be changed. I predict that she’s going to be involved with the symbiotes somehow, or will use technology to give herself artificial powers. I’m looking forward to seeing how her feelings for Kasady develop, should the film pursue their relationship. And of course, I’m excited to watch her in action. This is going to be the character’s first time on the big screen, after all! The possibilities for her are almost endless, and I hope the team behind the film do her justice.

Many of the theories surrounding Venom: Let There Be Carnage involve whether or not Spider-Man will appear. After all, Venom and Spider-Man are enemies, and with the arrival of Carnage there’d be some neat opportunities for Spider-Man. Would he side with Venom to defeat Carnage and Shriek, or would he fight alongside the villains? I believe the former would be more appropriate for the film, especially since Venom’s been shown as an anti-hero. But the director of Venom, Ruben Fleischer, hinted during an interview with Fandom that hopefully “that’s where it’s all going to lead”: a showdown between Spider-Man and Venom. Venom is the main villain in Spider-Man 3, so it’d be a nice callback to that film series.

I say “hopefully” because of the continuing Marvel-Sony conflicts. They previously worked together to produce The Amazing Spider-Man films, and we all know how that went. They still went forward with the plans to film Venom and have its sequel and Morbius, another Marvel villain, in the works. Plus, Fleischer is no longer directing the sequel. Andy Serkis replaced him in August 2019, after Sony looked into several directors for the job. It’s likely Serkis might have a different direction for the sequel than Fleischer dreamed of, but only time will tell.

Overall, I have high hopes for Venom: Let There Be Carnage. It’s possible that with a new director the sequel will learn from the original film’s mistakes. At the very least, we can look forward to some new villains!

Venom: Let There Be Carnage is currently set to release on June 25th, 2021.

Are you looking forward to the Venom sequel? Do you expect it to be as goofy as the first film? Sound off in the comments or send us your thoughts on Twitter!