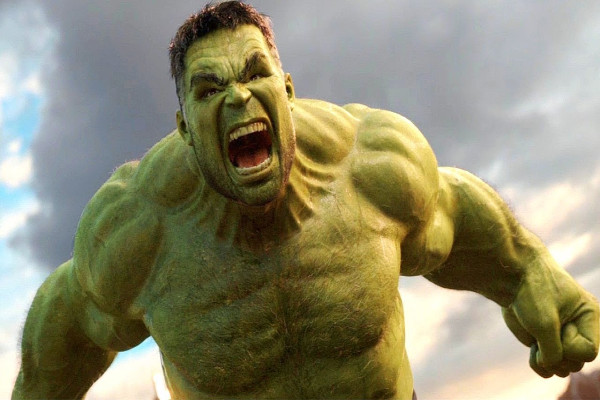 When you think of the Avengers, who are the first members that come to mind? Probably Iron Man, Captain America, or Thor. They’ve always been key players, and they’re all often used in promotional material. They’re beloved characters, but the Avengers aren’t just three people. Bruce Banner, known to most as the Hulk, is also a key part of the original MCU lineup. So why isn’t he just as beloved as the rest? Why hasn’t he gotten a new standalone film since 2008? Let’s talk about why the Hulk needs a new film to gain that same level of recognition, and why a new film isn’t likely in the character’s future.

Ruffalo’s Hulk Has Less Screen Presence Than The Other Avengers

According to a 2019 poll on Rotten Tomatoes, the most popular Avengers were Cap, Iron Man, and Thor. Hulk came in at #9 out of the seventeen possible options. They even mentioned that all of the top nine picks were heroes who had at least one standalone film, and that “Hulk, whose standalone film did not star Mark Ruffalo, came in last amongst those”. The past two Hulk movies starred Eric Bana and Edward Norton respectively, and after Norton’s performance on The Incredible Hulk, Mark Ruffalo took up the mantle. But despite some talented leads, these films were subpar at best. Hulk (2003) got incredibly mixed reviews, and The Incredible Hulk (2008) is ranked the lowest grossing film of the MCU to date. Domestic sales alone wouldn’t have covered the $150 million budget for the film, according to Box Office Mojo’s statistics.

Based on the reception of the past two films, it’s no wonder Marvel hasn’t pursued a new Hulk movie. But that’s doing Ruffalo a huge disservice, since he’s a wonderful Bruce Banner. It robs Banner of any independent development outside The Avengers and a few select cameos and appearances in other standalone films. A new standalone Hulk film would give Ruffalo a more concrete presence in the MCU. Recent Marvel fans would already know and love Ruffalo from his past appearances, and it’d give Marvel the chance to clean their slate and start fresh. He’d even get the chance to develop Banner outside of existing relationships with other superheroes. It’s the perfect solution! But unfortunately, a new Hulk film is far out of reach.

A New Hulk Film Is An Impossible Dream

While Marvel owns the rights to Hulk’s character, Universal currently owns the rights to any Hulk standalone films. In an interview with Variety, Mark Ruffalo even commented that a Hulk standalone film was nearly impossible, stating that “’Universal has the rights, and for some reason, they don’t know how to play well with Marvel. And they don’t want to make money’”. Part of the battle is over theme park revenue, since Universal Studios and Disney’s various theme parks are both profiting off the Marvel characters. So right now, with high tensions between these two studios, there’s no future for a new Hulk movie.

But that doesn’t mean Hulk’s had his last smash. On December 10th last year, a slew of new content was revealed for Disney Plus, including the brand new series She-Hulk. Ruffalo confirmed that he’ll be reprising Bruce Banner for the series, though it’s unknown how big of a role he’ll actually have. The titular lead, named Jennifer Walters and played by Tatiana Maslany, is Banner’s cousin and a lawyer. After being shot, she receives a life saving blood transfusion from Banner, hence why she’s able to transform. If the show follows this backstory, Banner will at least appear in the beginning of the show. Past that, it’s hard to tell if Banner will accompany Walters on her journey of self discovery or if he’ll get his own character development.

The Future of the Hulk

In short, while Hulk deserves a new standalone film, it’s unlikely that’ll happen anytime soon. Phase Four of the MCU is already underway with no confirmed plans for Bruce Banner aside from his appearance in She-Hulk. As one of my favorite Marvel heroes, I’m sad he’s not getting the recognition he deserves. He’s a fascinating character with tons of potential for a character arc that’s unaffiliated with other heroes. But sadly, the Hulk and Ruffalo won’t get the spotlight, at least not for a very long time. I’ll be looking forward to his appearance in She-Hulk, though!

Does the Hulk deserve a new standalone film? Do you think it’s even possible? Let us know in the comments or send us your thoughts on  Twitter!