Home » “Zener” is an Unconventional and Exciting Superhero Universe 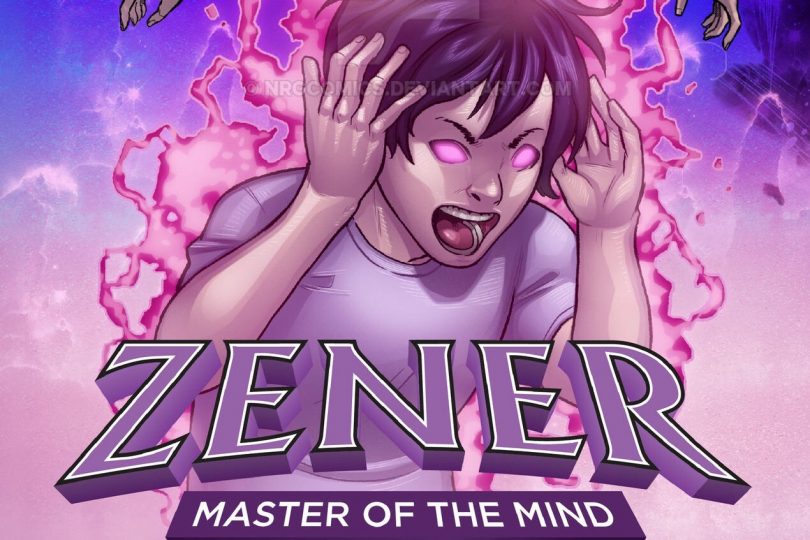 Move over MCU, there’s a new superhero universe on the block. Enter the world of Zener, a forthcoming project by Web Bleyant, Alex Dawe, and Juan Paolo Mañanita. Set in the seemingly sleepy Indigo Valley, all appears well on the surface, but shady characters are lurking in the shadows. At the center of the burgeoning conflict is Axel DeVeyra, a young man who soon realizes his headaches are actually indicators of powerful psychic abilities. He elects to become a superhero under the alias Zener, but soon realizes the most difficult person to save may be himself.

Zener’s compelling preview is a refreshing superhero narrative with a diverse cast of characters; each with intriguing, thought hinted at backstories. The preview, though short, has openings for worldbuilding and character development that make even a short introduction very inviting. The well structured introduction makes readers want to sink their teeth into all this comic has to offer. The preview focuses on Diego Reyes and his girlfriend Sasha, who finds themselves in the middle of a monster battle. When Diego intercepts, he comes into contact with superheroes previously unknown to his sleepy city.

Zener’s art style is clean, colorful, and easy to follow. The paneling is impressive. This action packed comic manages to convey intense fight scenes and constant action with consistent clarity. Zener’s stellar organization made it even more of a riveting tale; it’s fast paced and cohesive, but clear all the same. It’s writing displays the same consistency, forming a narrative of flawed superheroes and victorious villains. It’s an unconventional story, but a deeply refreshing one.

Zener steps away from mainstream comic tropes. It sets up a story arc that values grit above virtue, realistic city living over utopian fantasies. Zener is a comic series for a new era of comic lovers who want more than sugar coated endings. It’s perfect for superhero junkies who want their comics to delve deeper and dwell on what monsters, superpowers, and cosmic destruction can tell us about our ultimate humanity.

While Zener’s preview doesn’t provide much information, it’s upcoming issues promise further backstory, plot, and lots of action! If troubled superheroes, colorful but realistic art, and dynamic characters sound up your alley, you can read a sneak peak prologue here on Indiegogo. And if you want to help Zener continue it’s adventure, use the same link to donate to their Kickstarter fund! Your donation can unlock bonus perks, such as print copies, alternate cover art, and your name printed in the back of the book!

Have you supported Zener? Sound off in the comments or send us your thoughts on Facebook or Twitter!