Home » Tumbling Down the Rabbit Hole: Alice Allusions in The Matrix 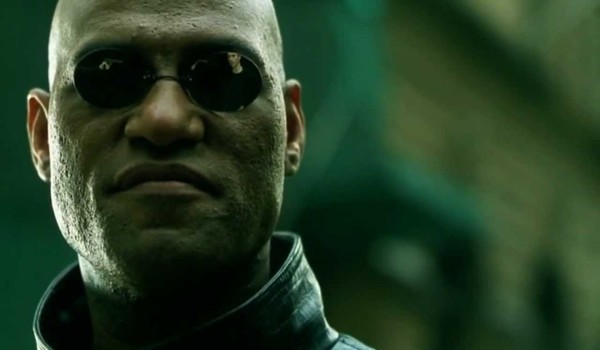 The Matrix is full of references and influences from philosophy, religion, mythology, and literature. One of the most prominent is Alice in Wonderland, the classic novel by Lewis Carroll. Just as The Matrix would inspire many works of fiction, Alice did the same as well. The story of two characters leaving their mundane realities for a new world of possibilities and questions is synonymous with these two franchises. The Wachowskis included Alice references and allusions as a familiar comparison for audiences, knowing Neo was leaving his sense of reality to explore his very identity and world.

In this article, we’ll be exploring Alice’s allusions and influences on The Matrix; some straightforward or subtle, and some purely provoking similarities.

Key themes of The Matrix including questioning one’s reality and identity, awakening from dreams, and to have free thoughts (i.e. to be curious). Neo (Keanu Reeves) serves as our Alice in the movies, following a referential white rabbit to discover a world beyond his own perceived reality. Neo awakens from a dream state, opposite Alice, who dreams about Wonderland. Both characters are insatiably curious, preferring a better world where there are no rules where anything is possible. Both come to reject the fantasy world, favouring reality, though through different means and thoughts.

The first major Alice references comes from Trinity (Carrie-Anne Moss) telling Neo to “follow the white rabbit”, to begin his journey of self-discovery. The rabbit appears as a tattoo on one of Neo’s friends, guiding him to a nightclub, where he meets Trinity for the first time. Both she and Morpheus (Laurence Fishburne) double as the White Rabbit, guiding Neo to Wonderland. There are several references to characters being late, such as when Neo is late for work after meeting Trinity. Rabbits appear again in the Oracle’s house, via The Night of the Lepus, a B-horror film playing on a television.

When Neo is interrogated by Agent Smith (Hugo Weaving), the villain comments that Neo has been living two lives – his Matrix identity of Thomas Anderson, and his hacker alter ego. This carries the theme of Neo trying to make sense of his own identity and purpose. Alice goes through a similar thought process in Wonderland after changing size several times, telling the Caterpillar that she is “not [herself]”. Most of the characters in The Matrix have names that come from symbolic terms or items, rather than common day names, rejecting their false identities given to them by the Machines. Alice is given several different names by Wonderland denizens (e.g. Mary Anne), but she rejects them.

Agent Smith and the other Agents are all nearly identical, have very common surnames, and wear matching suits. They serve as the authority figures in the Matrix, enforcing the laws of the false reality, and eliminating those who wish to disrupt the norm. They reference the card guards ruled by the Queen of Hearts. Smith may personify the Queen, slowly revealing he is much more emotional than other Agents, angry, hateful, and enjoying violence.

Neo’s meeting with Morpheus is one big Alice reference after another. Morpheus is similar to the Cheshire Cat, acting as a cryptic friend and guide to Neo. He is often cryptic in his answers, gives mischievous grins, and has a talent for evading the Agents, vanishing without a trace. Morpheus directly references Alice in Wonderland to Neo: “I imagine right now, you feel a bit like Alice, tumbling down the rabbit hole?”

The biggest allusion comes with the choice of the coloured pills offered to Neo by Morpheus. If Neo takes the blue pill, he will wake up in his bed and be left to his own beliefs. If he takes the red pill, the truth will be revealed to him (“You take the red pill, you stay in Wonderland, and I show you how deep the rabbit hole goes.”)

The pills reference the drink and food Alice consumes in Wonderland, changing her size from small to large to small again. She is instructed to choose between two sides of the Caterpillar’s mushroom, which will make her either smaller or larger. In the case of The Matrix, the choice of pill expands Neo’s knowledge, perceptions, and send of an open mind. Cypher (Joe Pantoliano) expresses his regret to Neo, preferring to have taken the blue pill. This references how Alice regrets going down the rabbit hole, wishing to return to the comforts of her home. Cypher wants to return to the fantasy of the Matrix, rather than stay in the misery of reality.

After taking the red pill, Neo witnesses as a broken mirror magically repairs itself. He touches it as Morpheus asks if he has ever questioned his reality before. The glass liquidises in Neo’s hand, consuming his body, and flying down his throat in a mixed reference to both the rabbit hole and looking glass from Alice Through the Looking Glass. Cypher also makes a reference to The Wizard of Oz, another similar story to Alice (“It means buckle your seatbelt, Dorothy, cause Kansas is going bye-bye!”). Neo’s subsequent awakening in the real world and “flushing” into the human sewers references the Pool of Tears.

The character Mouse (Matt Doran) may reference both the Dormouse or the mouse that Alice meets after surviving the Pool of Tears. The Dormouse is in a constant state of sleep and daydreaming, as Mouse is, daydreaming about the “Woman in Red” training program he designed.

The Oracle (Gloria Foster) is influenced by the Caterpillar, being a wise, resourceful, if cryptic character. She serves as a figure to give advice to Neo, though tells him that he must make his own choices. In a lot of contemporary adaptations of Alice, the Caterpillar is depicted as an oracular figure. Both characters undergo a transformation; the Caterpillar becomes a butterfly, whilst the Oracle has to change her physical appearance in The Matrix Revolutions, though this was written into the plot after Gloria Foster passed away, recast with Mary Alice.

The third act of The Matrix mirrors Alice standing up to the Queen of Hearts in her courtroom. Neo defies Agent Smith and is pursued by the Agents, until Smith kills him. Trinity revives Neo, allowing him to see beyond the boundaries of the Matrix, becoming the One. Alice comes to view the nonsensical laws of Wonderland as ridiculous, trashing the courtroom, and seeing the monarchy as a mere pack of cards.

The sequels lack as many Alice allusions. The Merovingian (Lambert Wilson) has minor similarities to the Mad Hatter, meeting Neo, Morpheus, and Trinity in a restaurant, inviting them to tea and tends to talk a lot. Amongst his minions are the albino Twins (Neil and Adrian Rayment), a possible nod to the Tweedles, both pairs finishing each other’s sentences. Several characters can access a corridor of endless locked doors, referencing Alice’s difficulty to get through a tiny door, needing a key to do so.

Neo and Alice are characters trapped in worlds they are not pleased with, confined to a system where they lack a voice or freedom. Alice was a child of Victorian England, bound to expectations and adult making decisions for her. Neo is trapped in a simulated reality, living a dull life he does not feel comfortable in. Though the context is different, both find escapism and freedom in worlds where they can do as they please.

What if I told you that you could leave a comment either below or on our Twitter feed? I can offer you the social media links, but you must be the one to click them.