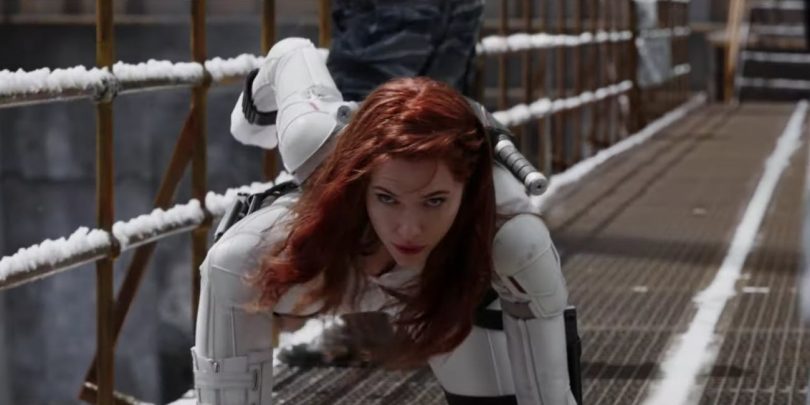 Finally, after a 14-month delay, Scarlett Johansson’s Black Widow film arrives on July 9, 2021. Originally Black Widow was scheduled for release in May 2020, but due to the world-wide pandemic, the film’s release date has been pushed back multiple times, with July now officially being the final release date.

Due to the nature of the world that we all currently live in, with countries across the globe all in different stages of tackling Covid-19, Black Widow will be Disney’s third film to be released in a hybrid format, via both a limited cinema release and on Disney+ simultaneously. On Disney+ the film will be released via the platform’s Premier Access feature, which requires an existing subscription, and a further purchase, to ‘rent’ the film. Due to this hybrid release, many fans who have been calling for a Black Widow film for years, are disappointed that the 11-year MCU veteran, who has stared in six prior Marvel films, will not be getting the full big box office release that the character deserves.

Ever since Johansson’s former Russian spy appeared in 2010’s Iron Man 2, fans have been desperately calling for the character to get her own solo film, which would have made her the first female character to receive a solo Marvel film at the time. But now, with the Black Widow film finally being released under Covid conditions, many fans are worried that the film’s box office success will be limited, due to cinemas across the world still following each countries’ social distancing guidelines, while other countries’ cinemas still remain closed. This all seems to be a very unfortunate, but understandable, outcome for Black Widow, which ultimately feels very much in line with how the character has been treated in the MCU: as an afterthought.

Fans are also worried about the film’s release on Disney+, as many are concerned that viewers will decide to watch the film via the streaming service, and therefore the revenue generated from that will not be reflected in the film’s box office performance. When the film releases on Disney+ it will be available for all of the platform’s 100 million+ subscribers to ‘rent’ for $29.99 in the US, £19.99 in the UK, and $34.99 in Canada and Australia respectively. However, due to the nature of the streaming service, Disney+, much like their competitors, do not release viewing figures for any of the films or TV series on their platform, while the revenue generated from ‘renting’ the film will not be added to the box office gross.

There are concerns by fans, and within Disney, about how well Black Widow will perform on Disney+ via Premier Access, as Disney’s two previous films that have released in this manner, and via a limited box office release, have received mixed results. Disney’s live-action Mulan was the first film to be released by Disney this way, on September 4, 2020, and the box office gross was very disappointing, despite positive reviews from western audiences. In total the film only managed to gross $70 million at the limited world-wide box office, while there have also been rumours that the film also preformed poorly on Disney+. One of Disney’s big hopes for Mulan was its box office potential in China, but the film also preformed terribly there as well, being out grossed by the re-release of Avatar. The reason for this seems to be that while western audiences have generally received the film positively, Chinese audiences have not, due to the film’s cultural inaccuracies and liberties.

However, while the results of Mulan may have been disappointing for Disney, their second film to be released in the Disney+/box office hybrid format, Raya and the Last Dragon, was not. The animated film was officially released world-wide on March 5, 2021, and has grossed $105.9 million, while also preforming well on Disney+, receiving overwhelmingly positive reviews. Then equally, outside of Disney+, on March 31, 2021, Warner Brothers’ Godzilla vs. Kong also received a hybrid release in cinemas and Warner Bros HBO Max platform. Upon release the film preformed incredibly at the box office, exceeding all expectations by grossing $422.6 million. This feat is made even more impressive by the fact that the film was available, at no extra cost, for all HBO Max subscribers for the entirety of the month of April.

Ultimately, while there may be some concerns over the hybrid release of Black Widow, from both fans and Disney management, only time will tell as to how well the film will preform at the box office, and via Disney+. Disney/Marvel are likely hopeful that with many countries beginning to re-open, that the film will be perfectly placed to release to an eager audience who are craving to go back to the cinemas, and potentially allow the film to break post-pandemic box office records.

How well do you think Black Widow will preform at the box office? Are you going to be watch the film in the cinema, or via Disney+? Let us know in the comments below, or via our Twitter!