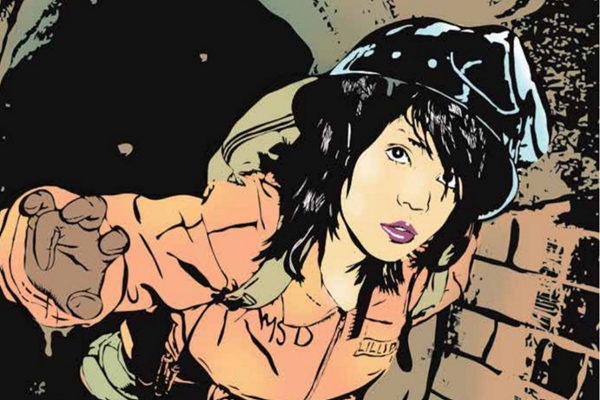 The sewers. Home to rats, garbage, and filthy water. Chances are, you’ll never venture down into a sewer. More so than that, you’ll never want to. But the brave souls who do might find that there’s something more living beneath what we initially believe! In MeSseD #1, we follow Lilliput and her pet rat Akka. They travel through the sewer system and encounter various new creatures and phenomena.

MeSseD #1 is actually a series of short stories that follow the same character. The stories are all various adventures and interactions in the sewers, featuring Lilliput as the main character. She’s a “flusher”; which means she monitors the sewers and breaks up any chokes if need be. But more importantly, she defeats any sewer monsters, should she stumble across them. And turns out, there’s a lot more sewer monsters than meets the eye!

But that doesn’t hinder Lilliput at all. She’s clearly an experienced, strong, and independent woman. Overall, she’s a great person for the job. Although, she doesn’t always follow the rules! Turns out, she has befriended some of these monsters and mutants. She even befriends a giant, human-sized cockroach. It’s quite a darling, I must say! There are some small hints as to why she does this. But not so much detailed explanations. At least, not yet that we know of.

With the grunge noir aesthetic, every page excluding the covers, are in black and white. Blacks and dark grays even completely dominate some panels. I think this is a clever decision, especially when thinking about the setting; there’s no natural lighting down in the sewers, and what little lighting there is would be through the flashlights on top of each worker’s helmet. It’s a dark landscape, and it plays into this aura of mystery surrounding the sewers.

That being said, since everything is monotone, there are some instances where I find it hard to follow the action. Lilliput blends into some scenes; sometimes she and the background are the exact same color. There are also points where the linework is super thin. This doesn’t help accentuate her much. 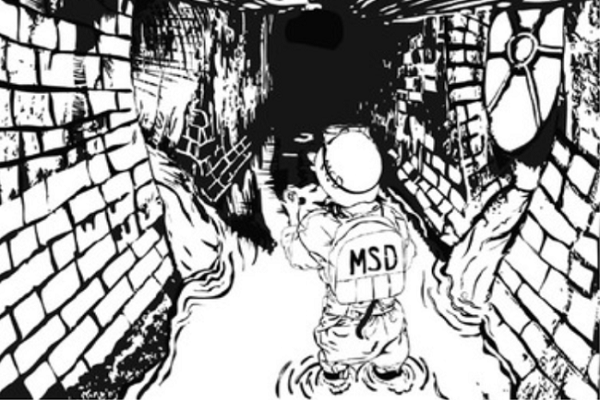 The panels themselves are also somewhat hard to follow. Sometimes, there are circle, oval, and squiggly panels all throughout the pages. To an extent, I think the deviation from the standard rectangles and squares hinders the narrative. Combined with the dull black and white color scheme, I admit there are times where I have to reread a few pages more than once, just so I can make sense of things. In addition, while the speech bubbles are fine, the text inside them feels very cramped.

Despite the formatting issues, there’s something very charming about the aesthetic. I especially love how Lilliput and Akka are drawn. Lilliput looks like she’s based off of a real human, and Akka is—well, Akka! Who wouldn’t love a little rat companion who takes down scary sewer monsters with you?

There seems to be some copy and paste work in this comic. It’s most noticeable on the second page, where two panels feature Lilliput in the same exact position with the same exact expression. But frankly, I commend the artists for this. Making comics is hard, so they may have reused some suitable assets to lighten up the workload. Which works perfectly in their favor. I wish more artists can do this without thinking of it as cutting corners.

In conclusion, MeSseD #1 is a great setup for things to come! There’s so much more to uncover about this world. I for one am curious about Lilliput’s past. What draws her into working in the sewers? What’s the world like up above? Does anybody outside of the company know about these horrific mutants living just below their feet? There’s so many possible ways this series could go!

MeSseD #1 is available to read on the MeSseD Comics’ website. It’s eighty pages of free content, including the comic itself and various little games and puzzles. If you finish the crossword puzzle and email your results to MeSseD Comics, you might be crowned the Designated Flusher! If that’s not a prestigious title to flaunt to your friends, I don’t know what is! So, what are you waiting for? Get on and read MeSseD #1 and tells us what kind of monsters you think lives down in our sewers. Let us know through the comments or send us your thoughts on Twitter!