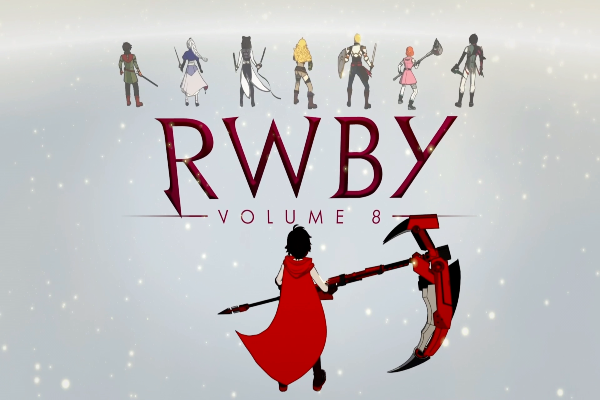 RWBY Volume 8 came to its conclusion back in March. And just like its predecessor, it ended on a massive cliffhanger. So what’s a poor RWBY fan to do while we all wait for Volume 9? Well, this poor RWBY fan decided to create a list of the best characters in the series. I’m going to be honest, this was hard! There’s so many amazing characters in the series that it was tricky narrowing them down to just ten. This list will include characters from all eight volumes, even if they haven’t been around for all eight volumes. 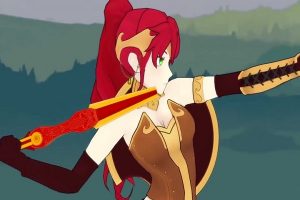 Let’s start things off with a Yang – or rather, a Pyrrha. Pyrrha is an excellent character for a multitude of reasons. She balances being a mentor and a friend to her teammates, all while having a polite yet professional attitude. She was a hero even before joining Beacon, and she solidified her role as a hero in Volume 3. And despite everything, she was willing to give up her dream of being a Huntress in order to accept the Fall Maiden powers. Her selflessness was admirable, though ultimately it was her demise. Even in death, Pyrrha binds Team JNPR together, and she remains one of the team’s reasons to keep fighting. 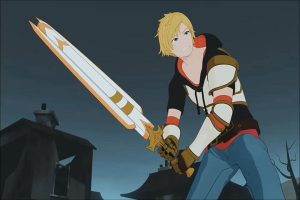 Isn’t it fitting how Jaune and Pyrrha are next to each other on this list? Jaune’s had one of the most relatable and heartfelt character arcs out of the whole cast, in my opinion. He started off as a cheater and an awkward, amateur fighter. But with the support of his teammates, especially Pyrrha, Jaune became a natural leader. It’s endearing to see how far he’s come! Plus, it was incredible seeing how he found his Semblance in Volume 5. Back then, he was the only character who didn’t have one, but now he’s got a Semblance befitting of his caring and selfless personality. 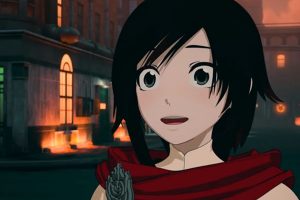 Frankly, Ruby gets a lot of unnecessary hate. She’s the young leader of Team RWBY, and she’s been thrust into a war that wasn’t hers to fight. Despite all of the challenges she and RWBY have been through, she always remains optimistic and cheerful. Sure, Ruby makes mistakes, and maybe some people think her naivety is annoying. But that’s just what these characters need, especially after Volume 8. Ruby will have plenty of opportunities to grow as a team leader, and her optimism sets her apart from most of the other characters. 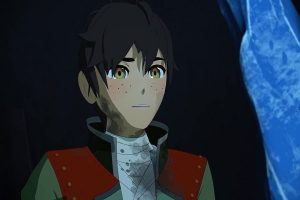 Like Jaune, Oscar has a very rewarding character arc. And he’s a lot more complex than I think people give him credit for. Sure, he’s the sweet innocent farm boy with an immortal being living inside him. But he’s also a beacon (ha ha) of hope for the cast and a steady, supportive friend. He’s grown wiser and more knowledgeable the more time he spends with Ozpin, yet he’s also addressed how weird it is having Ozpin merge with him. Oscar knows what he’s been forced into, but he’s been taking this transition incredibly. I know I’d be terrified if I was told “hey, you’re merging with an immortal being and have to fight a war against another immortal being now, good luck!”. 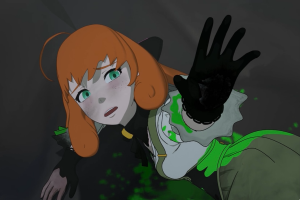 Oh Penny, where do I begin? She was such a fun character during the first three volumes, and I automatically had a soft spot for her since she’s an android. I expected her to come back, in all honesty, and I enjoyed the development she received upon her return. Like the other characters, she’s matured and grown stronger. Yet like Ruby, she’s still optimistic and lighthearted. The Winter Maiden powers become a heavy responsibility, just like with Pyrrha, and ultimately Penny pays the price for it. It was a little harsh to bring her back just to kill her, though…

Beside being a great big sister to Weiss, Winter’s made some very unique choices that set her apart as a character. She’s the oldest child in the family, yet she immediately forged her own path as a high official in Atlas’s military. Her character arc in Volumes 7 and 8 see her forging yet another path: accepting Penny’s gift and betraying her long-time companion, Ironwood. She fears that she’s a machine built to obey orders, yet she constantly defies the fate predetermined for her. With that in mind, it would’ve been hilarious to see Winter with one of the other seasonal Maiden powers. But alas, that seemed pretty set in stone even before Penny got the power… 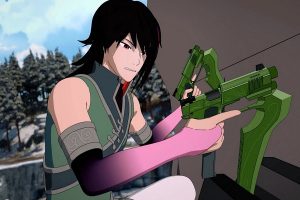 The calm and quiet kid from Kuroyuri, Ren’s always been one of my favorites. Volume 4 was easily one of his best developments, but I also loved him in Volume 8. He said what I bet everyone watching was thinking at the time. They’re all kids, they’re not meant to fight this war. They weren’t ready to become Hunters and Huntresses. This anger and fear coming from the level headed character was a heavy blow. Yet despite this, he continues to fight alongside his friends. Also, Ren gets brownie points for evolving his Semblance first. 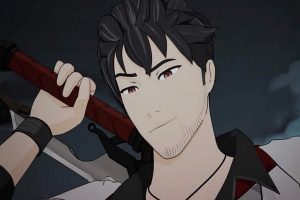 Everyone’s favorite drunk uncle! Qrow’s Semblance has been a chip on his shoulder his entire life. But even with this bad luck charm, Qrow’s making the best of things. He’s active in Ruby and Yang’s life and is generally funny and lighthearted. He gives good advice when he’s not plastered, and no matter what, he never gives up. All that being said, how didn’t he expect Tyrian to turn against him during that fight with Clover in Volume 7?! Tyrian, the guy who poisoned and nearly killed Qrow back in Volumes 4 and 5?! Not your smartest plan, Qrow. 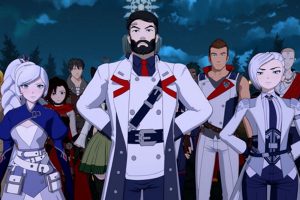 I’m not the first to say it, and I won’t be the last. Ironwood carried Volume 7. He had sympathetic causes, and I was rooting for him the whole Volume. He had a perfect setup to be a morally grey character, maybe even a sympathetic villain. And what happened in Volume 8? He shot a councilman unprovoked in the first chapter. I still like him and think he’s a fascinating character, but really? He still gets the number two spot on this list for his role in Volume 7, plus his appearances in Volumes 2 and 3. 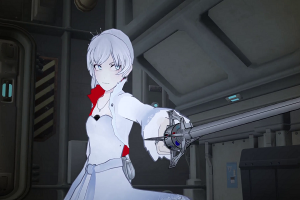 Weiss Schnee, wielder of Myrtenaster and the second member of Team RWBY. I bet you saw this coming from a mile away. She’s had the most character development in the series, hands down. She went from a spoiled rich girl to an independent, accepting and friendly companion. Though her Semblance is tied to her family, she’s made it her own. Weiss has taken her past and learned from it without letting the memories tie her down. Winter should be proud! Now let’s hope Whitley takes the redemption path too…

And that’s my top ten! I’m sorry if your favorite RWBY character didn’t make it onto this list. But I’ll let you in on a little secret. My two biggest favorites, Yang and Torchwick, aren’t on this list either! All of this is mere opinion, in the end, and I’d love to hear from you if you agree or disagree on these characters. Now let’s wait for news on Volume 9 with baited breath…

Who are your favorite RWBY characters? What would you change in this list? Let us know in the comments or send us your thoughts on Twitter!