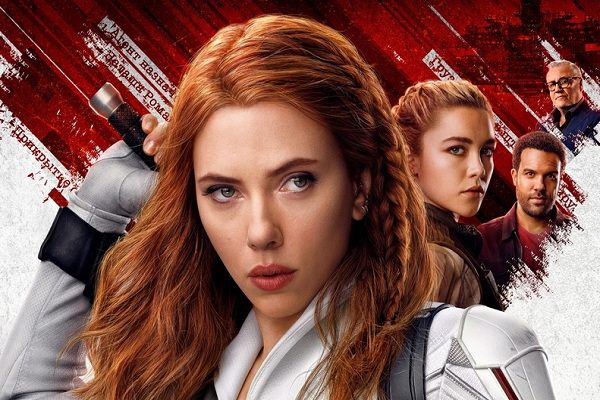 I got to see Black Widow in theaters not too long ago. Overall I thought the film was good, though far from my favorite movie in the MCU. I watched somberly as the four other people in the theater left before the credits ended, and my family and I got to see the end credit scene in blissful peace. And let me tell you, that scene leaves a lot to the imagination. But it also does a great job of explaining some details from past movies, too. So let’s dive into an analysis of the end credit scene, and what it might be suggesting for the MCU’s future. If you haven’t seen Black Widow or the end credit scene yet, I’d recommend giving it a watch! After all, there’s gonna be spoilers ahead. Lots of ’em.

Now, to quickly sum things up, this end credit scene focuses on Yelena visiting Natasha’s grave in a secluded clearing. This takes place after Avengers: Endgame, so a couple years after the main Black Widow film, for context. She’s not alone for long, however, and is soon joined by none other than Contessa Valentina Allegra de Fontaine. Remember her from The Falcon and The Winter Soldier? I most certainly did, and I had a hard time explaining to my family why I was so excited. They haven’t seen The Falcon and The Winter Soldier yet, but maybe I can convince them to give it a shot now. Played by Julia Louis-Dreyfus, de Fontaine was revealed in The Falcon and the Winter Soldier as a sketchy and mysterious character. Her humor and shady business was a wonderful addition to the scene, and her reason for being there was even more interesting.

Turns out, de Fontaine knows Yelena. They’ve known each other for quite some time, based on their dialogue. The implication seems to be that Yelena works under de Fontaine, especially since she asked for a raise. And de Fontaine has an offer for Yelena, one she likely knows Yelena won’t refuse. She pulls up a picture of Hawkeye, aka Clint Barton, and asks Yelena if she wants to hunt down the one responsible for Natasha’s death. Now, going back to Endgame for a moment, this is a bit of a stretch. Clint and Natasha had a fight on Vormir, but it was because they both wanted to sacrifice themselves for the Soul Stone. Natasha simply ended up being the victor, and she sacrificed herself so Clint could bring the Soul Stone back to the other Avengers.

So yes, it’s a stretch for de Fontaine to say Clint killed Natasha. But why did de Fontaine come to this conclusion? Does she truly think Clint killed Natasha, or is this a manipulation tactic? Based on de Fontaine’s screen time in The Falcon and The Winter Soldier, it’s likely the latter. However, it still begs a huge question. Why does de Fontaine want Clint dead? Does it have anything to do with the red ledger he’s carrying around? Do Clint and de Fontaine have history together? Maybe he ended up killing someone who was important to de Fontaine, or slighted her in a way she never forgave.

As of right now, Louis-Dreyfus isn’t listed on Hawkeye‘s cast. That makes me a little disappointed, but not surprised. de Fontaine seems like the type to stick to the shadows and not reveal herself unless absolutely necessary. Plus, she’s probably got her hands full with John Walker too, since she recruited him back in The Falcon and The Winter Soldier. Who knows what he’ll be up to? Well, Wyatt Russell isn’t listed on Hawkeye‘s cast either, so his involvement in the miniseries is unlikely. But you wanna know who is in the cast? Yelena’s actress, Florence Pugh. Looks like Yelena took up that deal in Black Widow‘s end credit scene after all.

So what does this mean going forward? Well, now we know what one of the likely conflicts is in Hawkeye. Clint and Yelena will probably fight, and if Clint’s lucky, he might be able to sit Yelena down and tell her the truth. Could they end up working together? I’d pay to see that happen, honestly. Natasha and Clint were such a wonderful pair, so there’s no doubt in my mind that with some time, Clint could befriend Yelena, too. It’d also be interesting to see Yelena’s dynamic with Kate Bishop, Clint’s daughter who’s eventually going to take up the Hawkeye mantle. Will Kate think Yelena’s a replacement for Natasha? Will they bond like she and Natasha did? So many questions, so few answers or room for evidence-based theories.

But there’s more to the end credit scene than just predictions for Hawkeye. Like I mentioned before, de Fontaine also talked with John Walker and essentially created U.S. Agent. But what’s her end goal? What’s drawing her to these morally grey heroes, and what could they help her accomplish? It’s hard to create theories about this, because we simply haven’t seen her enough. That certainly plays into her mysterious nature. And it makes me wonder what other heroes she’s contacted, and who else might be working with her. The build-up is going slow and steady, which will make the reveal all the more satisfying. But for now, I’m keeping my eyes peeled for any news on Louis-Dreyfus reappearing on a Marvel movie’s cast. de Fontaine remains in the shadows, for now.

What did you think of Black Widow? Did you think is was amazing or as much of a disappointment as Dylan did? Do you agree with my end credit theories about de Fontaine? Let us know in the comments or send us your thoughts on Twitter!