Home » “Buñuel: In The Labyrinth Of The Turtles” Just Misses The Mark In Channeling Humour Through Art 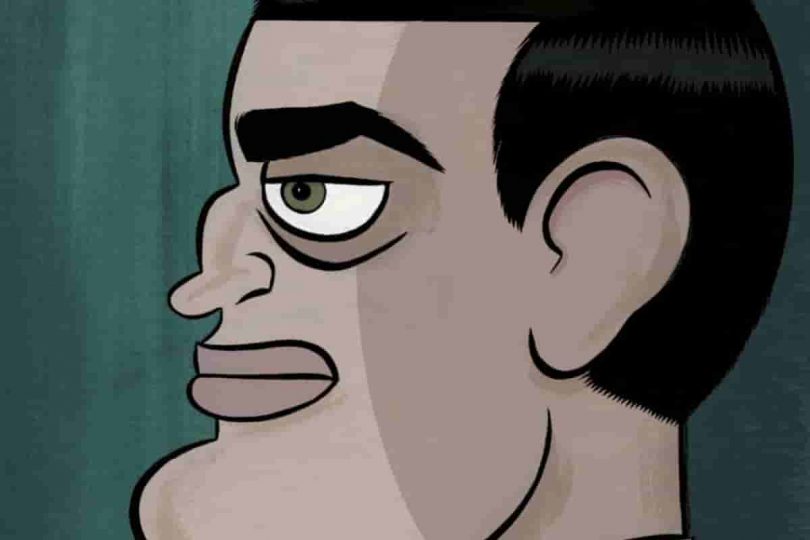 I’m a sucker for a good slice-of-life story. That may strike odd for me to write as such on a superhero-comic site. But it’s true; I will not deny it. However, reading Buñuel: In the Labyrinth of the Turtles has me wondering how much I actually enjoy the genre. To start, the language in the translated version provided to me is a bit of a struggle to read. Mainly because the dialogue is trilingual. I did study French in school; I do have enough Spanish to comfortably vacation in Spain during my teens. However, the constant mashing-up of languages makes it quite a difficult read. Keeping Google translate open might be handy for others.

At first, going into the graphic novel, I am obviously unaware of the films. Nor do I know it is based on Luis Buñuel and the making of Land Without Bread (1933). This leads to me criticising the work as a stand-alone piece. As a former screenwriting student, this would have been an exceptional example of work for me to review and enjoy. Instead, it starts becoming a chore to read as I go on. I don’t get the nuance behind the narrative. What I will say though, the author Fermín Solís – he’s a very talented illustrator. He really tries to bring out the humour in the storytelling.

The story opens up with Luis Buñuel dreaming about the virgin Mary. As soon as he rouses, he finds himself down on his luck after the failure of his first film, L’Age d’Or. He then has a discussion about a project with his friend Ramon Acin; a documentary about the Las Hurdes region of Spain. For the remainder of the story, we follow Buñuel as he produces his film, Land Without Bread.

All throughout, Buñuel has moments where he talks with imaginary figures that represent different concepts. These include Death, and the town as a Giant turtle. These moments break away from the bleak reality of the narrative. They symbolise a possible escape; not just for Buñuel, but also for the subject of his documentary. While I am not a fan of the pacing of the narrative, it does feel rather familiar. Similar to old foreign films you might have heard your film study friends talk about. This isn’t the worst thing in the world; it’s simply just art imitating life.

Speaking of, the art style is very contemporary; very clearly intended to make the humour pop. However, I get too focused on the narrative that the comedy just goes over my head. Solís’ love for the subject is obvious. One that I will never understand as it is one that I have never experienced. His intention to use his art to pull out the comedy in the story just doesn’t work in this case. The extremely tragic past of the town makes the flamboyant actions of the protagonist seem crazy rather than funny.

While I don’t enjoy this comic, that doesn’t necessarily mean it’s bad. I do however question who the target demographic is. I can’t imagine this story would appeal to your average comic book reader, and I don’t think this would appeal to filmmakers either. Although, I’m certain that if I saw Land Without Bread before reading this, it would have been a very different experience.

It’s clear from the get-go that I am not a fan of this particular piece. This is obviously meant to be satirical; a look into the life of a filmmaker during his time producing a notable documentary. While this doesn’t make it bad, it just struggles to stand by itself. It does make me aware of something I wouldn’t have ever crossed paths with. So, it is an informative read – if you can get past the second chapter’s overly long exposition.

Think you’re the target demographic for this graphic novel? Have a different opinion about it? If so, you can find where to purchase Buñuel: In the Labyrinth of the Turtles over at SelfMadeHero. Have anything else you want to share about the comic? Let us know in the comments down below and don’t forget to like us over on our Facebook page.