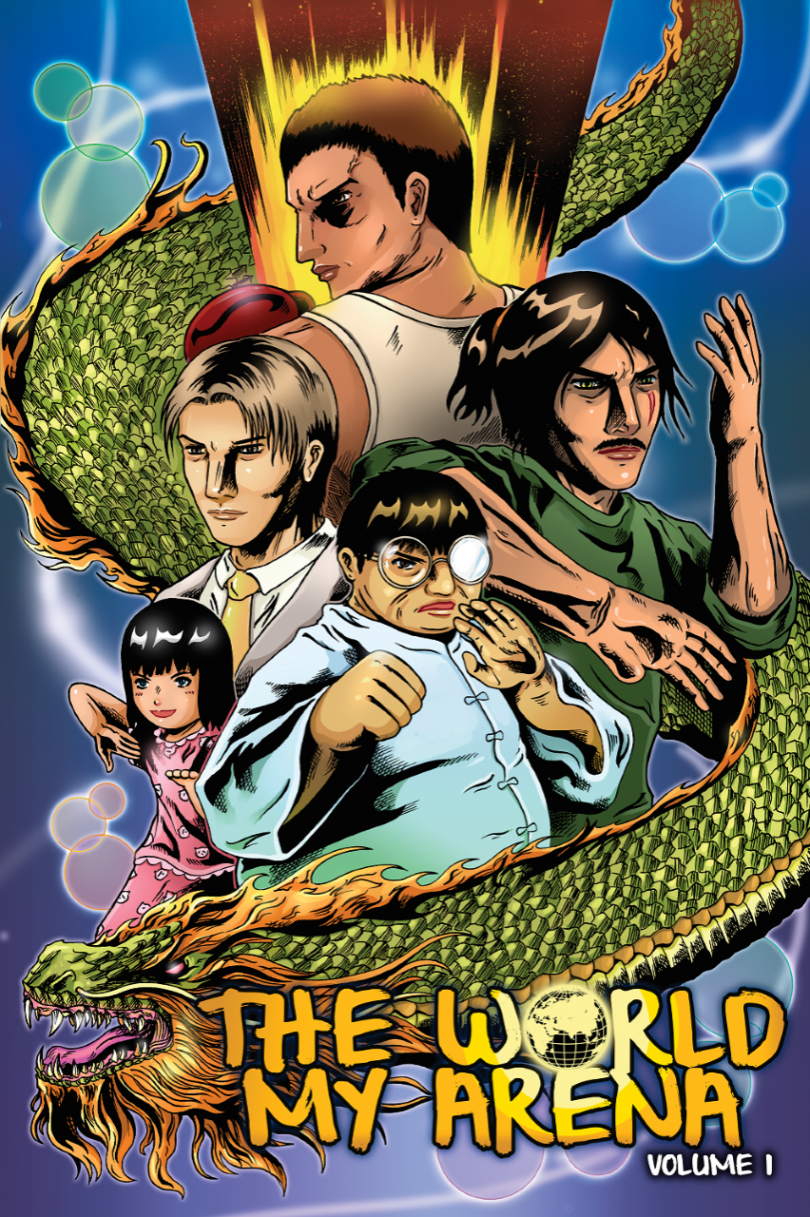 It may not be the 80’s anymore, but it’s a great time to be a fan of karate content. You have great shows like Cobra Kai available on Netflix, Karate just became an Olympic sport, and now captivating comics like The World My Arena Volume 1 are coming out this summer. Written by Kang Jing, an indie comic creator from Singapore, The World My Arena Volume 1 begins as a classic underdog story. But along the way, there are a few more twists than you’d expect, making the story stand out from cinematic predecessors like The Karate Kid.

While Kang Jing brings us this story, he also provides us with the comics’ visual illustrations. And the team of ACE, Alan Bay, and Tara Clarkson are respectively responsible for the screentone, cover color, and editing for this new story. Additionally, Chiral Comics published The World My Arena Volume 1. This is a comic that does not pull any punches in highlighting the constant abuse that our main character, Nathan, endures. In fact, in the first scene, Nathan’s school life is immediately shown to be a scarring experience. Nathan is a high school kid who lives with his loving sister Chloe. With their parents “gone” and their uncle not around, the two only have each other in this world. And home is the only place where Nathan is treated like a human.

Attending the tony Trinity High School, Nathan is frequently the brunt of the joke. He is constantly called a pig and beaten up by popular students like Joel, the “head boy.” A glance at Joel’s own backstory brings to light how the entire school sees Nathan.  No one is on his side. Even the principal himself says that Nathan does not fit the “prestigious” image of Trinity High School. Virtually giving students the green light to continue tormenting this poor kid. However, when all seems to be lost for Nathan, he meets a mysterious maintenance man named Gideon. 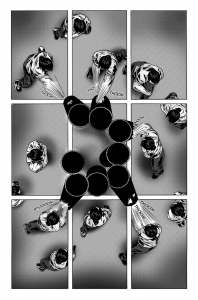 Finally, showing that there is some hope in this world, Gideon attempts to teach Nathan the basics of self-defense. This is where the comic takes a bunch of unexpected twists and turns, to the point where even some of the most reprehensible characters of The World My Area Volume 1 show sympathetic traits. And even Nathan himself has moments where the reader questions his morals. This is a kid that was on the edge of ending his life. However, his desire to learn martial arts under “Sifu Gideon” builds an ego as well. An ego that can be Nathan’s biggest opponent at times.

All the while, Nathan begins to build a relationship with the editor of the school’s newspaper, Jason. Jason is a fascinating character that at times can be Nathan’s best friend and closest ally. As the comic builds to a climactic fight scene, Kang Jing slowly peels back the layers on Jason’s true motives. This ends up being a very compelling reflection of the press’s power and also morality. In the end, this story is a slow-build journey that our author clearly has plans for in the future. Yet, volume 1 accomplishes so much in the close to two hundred pages it covers.

Overall, I had a lot of fun with The World My Arena Volume 1. The comic never feels like it’s dragging and has a very good build, with climaxes evenly separated throughout. The bullying that Nathan suffers is absolutely brutal, but that clearly seems to be Kang Jing’s intention. There is nothing graceful about Nathan’s abuse and the toxic environment that elite private schools can develop. But the growth that Nathan endures, for better or worse, is one of the shining traits of this comic. The World My Arena Volume 1, therefore, builds as a classic martial arts underdog story, like the Karate Kid, but expands on this subgenre. This is why I cannot wait to see what happens in Volume 2!