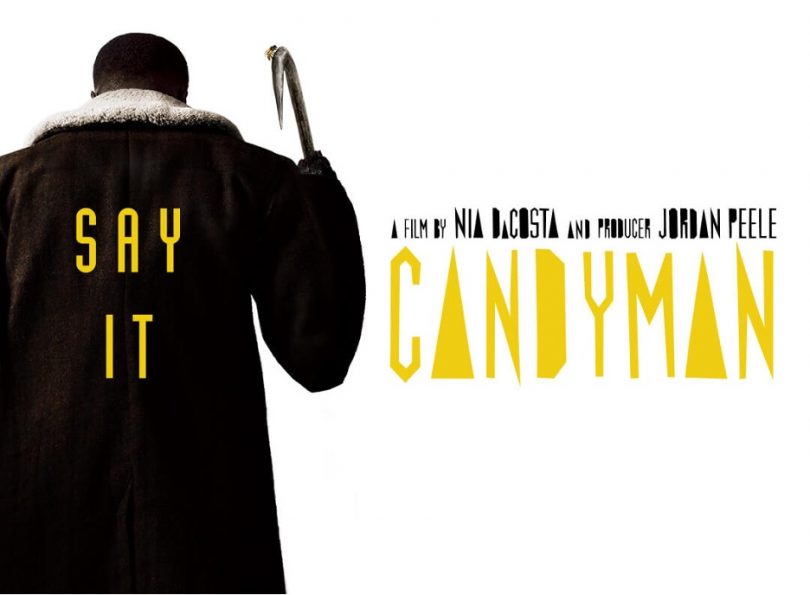 Finally! A fitting sequel to one of the greatest horror films of all time. Nia DaCosta’s Candyman isn’t perfect but it accomplishes its mission of expanding the legend’s folklore. It does so whilst putting together a multifaceted narrative diving into issues of class, race, trauma, and superstition. As the original showed, Candyman is so much more than a simple slasher film. And this sequel follows and expands on the unique themes that the original so effectively presented. Overall, I can safely say that Candyman recaptures the magic of the original. And it’s about damn time we have a fitting follow-up to this underrated horror classic.

Candyman is DaCosta’s second feature film with the third set to take place in the MCU. So keep an eye out for The Marvels in 2022! Anyways, Candyman presents a struggling artist attempting to rejuvenate his career. And there are certain characteristics of this movie and the main character, Anthony McCoy, played by Yahya Abdul-Mateen II, that bear resemblance to the character arc that Helen Lyles undergoes in the original. The two are drawn to the Candyman’s folklore. And how this urban legend allows the community of Cabrini-Green to cope with their current hardships.

In addition, both leads are unabashedly committed towards exploring the origins of this folklore, all the while expressing doubts about its validity. Hopefully I haven’t spoiled too much already. But while both movies took somewhat similar protagonist character arcs at certain points, DaCosta’s film stands out just enough, with its modernization of themes that the original carried with it. Which, if you ever saw the two sequels to the original Candyman film, is very refreshing.  Also, the film’s very unique camera work and use of the visual element of mirrors, as one example, is another sign that DaCosta is a director to keep an eye on going forward.

Overall, the film isn’t intensely gory, like most slasher films should be. But, the aura of Candyman and the horror around what this character represents doesn’t necessitate a lot of gore to make it effective. Kind of like the original Halloween film as Michael Myers represents the physical manifestation of evil. Which is enough to let our imaginations do the work in conjuring up what he is capable of. He doesn’t need to shred people apart in the first film because of the thematic weight the character carries. A feat among slashers which only Candyman has been able to somewhat match. Not that I don’t love the Kruegers, Voorhees’, and Chuckys of the world. Still, whenever there is blood in Candyman, it’s effective.

But one of the most impressive feats of this film is that it steps out of the looming Tony Todd shadow. Which is a borderline impossible feat and something that other horror franchises have struggled to do. A Nightmare on Elm Street franchise has failed to do that with Robert Englund.  While Child’s Play somewhat accomplished that with the 2019 remake. But, even so, they did replace Brad Douriff with one of the greatest voice actors ever in Mark Hamill. Even the Leprechaun franchise, for as flawed as it is, cannot step out of Warwick Davis’ shadow. If you have no idea what I’m talking about right now, I apologize. I’m a horror fanatic.

It’s a testament to Nia DaCosta that she was able to carry the mythic status and intersectional themes of the Candyman franchise without the legendary Todd heavily featured. And I think that’s the main takeaway from this film. We have a modern take on the Candyman character that can constantly be evolved going forward. The first film gave us the blueprint and DaCosta was able to apply that to a 2021 context. Actually I think it was set in 2019. Still, nevertheless, there are some flaws to this film. 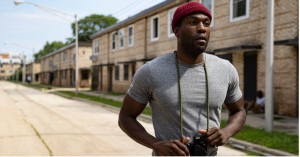 The ending was good but felt a bit rushed. This is a tight, around 90 minute, slow burn film which builds to its climactic end. And the social message and mythos of Candyman are certainly upheld in this scene. But the depiction of Candyman at the end was… well… you be the judge. Also, for the most part, Candyman doesn’t really speak, which I understand is part of the process of stepping out of the Tony Todd shadow. But the lack of a voice to the legendary horror villain just puts this film a little below the original. Candyman is both evil, alluring, and somewhat seductive, and while we get hints of that throughout this film, it pales in comparison to the original. Albeit, the aesthetic of DaCosta’s film does carry with it an elegance that is fitting to this franchise.

Lastly, the appearance of Tony Todd is fine, it’s always nice to see Tony Todd. But it left me wanting more Tony Todd. Sounds like that’s more my problem than anyone else’s. Anyways, this is a great horror movie that steps outside the conventional boxes and stereotypes that have been placed on that genre. All whilst paying respect to the legendary original. So even if you’re not a fan of horror, I strongly recommend this film. Candyman is a great movie to return to the theatres for. Just don’t say his name.

Add a conclusion and question about the reader’s thoughts on the topic.
Sound off in the comments or send us your thoughts on Facebook or Twitter!