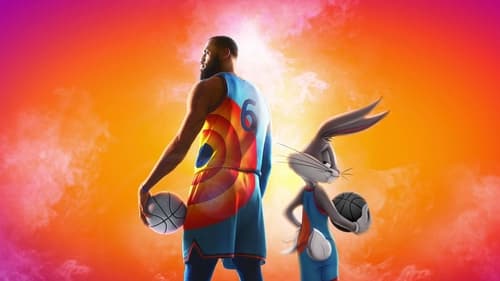 One can make an argument that this is the worst era for film that has ever existed. In a time where movies lack meaningful content and impactful messages, this is the era of “milking money”. Whether it’s splitting the final book adaptation into two movies in a franchise, remaking nostalgic movies with a modern twist, or making a sequel to a one-and-done beloved movie. Production companies have exploited every method in milking money, to the last cent. Space Jam: A New Legacy is a prime example of that approach.

This time around, Space Jam: A New Legacy tries to give the protagonist a more personal story. A rogue algorithm at Warner Bros kidnaps LeBron James and his son. In order for LeBron to get his son back, he needs to win a game of basketball with the help of the Looney Tunes.

Comparing movies often spoils the experience of watching the film. But in this specific case, we can’t help but to compare the new vs the old, LeBron vs Michael Jordan (Ironically, fans are using this movie to support their “goat argument”).

Unfortunately, Space Jam: A New Legacy missed out on an amazing opportunity to showcase the great LeBron James. We don’t get amazing basketball moments from one of the most athletic players in the history of basketball. We don’t get a jump out of your seat type of dunk from LeBron. And if there’s one thing I wanted to see, was a classic LeBron chase down block. Instead, the basketball game focused on the Goon Squad powers and goofy moments.

Technology is a Two Edged Sword

Film has taken a massive leap in the last 20 years in terms of technological innovations. Avatar was possible due to technological advances, and we got one of the best movies ever made because of it. But even with all the incredible movies we have had, filmmakers can overkill with technology at times. Too many holograms and too many neon lights. Space Jam: A New Legacy utilizes technology in misguided ways marring the integrity of the movie.

The climax of the film, what everyone paid to watch, was the worst part of the movie. Starting with the Goon Squad; the new Monstars. Comparing the new vs the old, the old in this case trumps the new by miles. The Monstars were characters in a movie, fitting within the context of the plot. As for the Goon Squad, they didn’t play a single role in the plot and were simply goons. Probably played a role in the monetization of the movie rather than a role in the movie itself.

The main reason the basketball element was missing from the film were the laws of the game itself. The basketball game is based on LeBron’s son Dom’s game that he himself developed. A basketball based game, but with power ups, and scoring based on coolness where a dunk could amount to a ridiculous 1000 points. Forgetting all the fundamentals of basketball and focusing on the element of fun, Dom creates a game that contradicts LeBron’s perspective of what basketball should be, which is the main conflict between the two characters.

The only good part of the game was the Looney Tunes. In fact, they are the only good part of the entire movie. With all the easter eggs and Warner Bros characters that were jammed in the audience, this was a nice touch. The standouts, like the first Space Jam, were the funny and lovable Looney Tunes. Be it a hilarious joke from Daffy Duck, wacky behaviour from Bugs Bunny or a badass moment for Lola Bunny. The Looney Tunes are the saving grace of the movie, even though they have an atrocious moment in the game where they have an out-of-nowhere rap battle.

Let This Be Game 7

We can only hope that Hollywood will stop the agonizing ways of milking money by giving one and done movies a sequel. But the ugly truth is that wish will always remain a wish, most likely. And that is Hollywood’s rock bottom. For now, I only hope this was the last Space Jam movie we will get. Let that game that LeBron played, be the final Space Jam game, ever.

This awful waste of time of a movie will leave you wishing you could get a refund for the admission ticket and popcorn (it’s bad to the point popcorn will taste sour). And turn back time to make a sound decision to not watch Space Jam: A New Legacy, but instead watch the original.