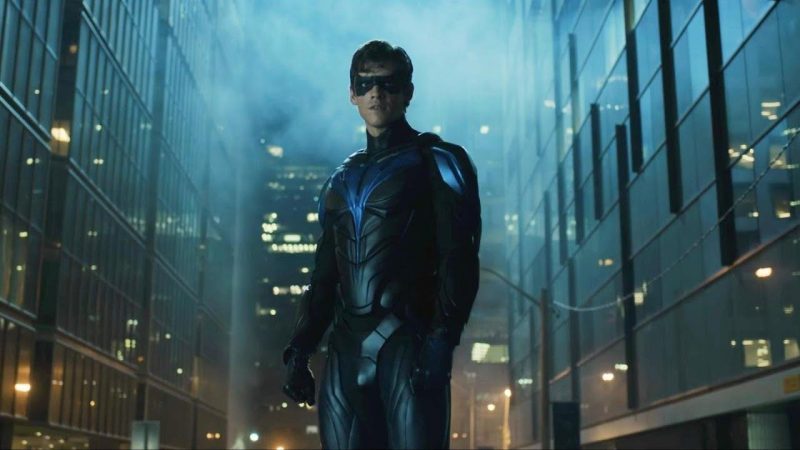 Titans is one of the very few recent DC live action productions that is actually decent, leaving it with little company. Titans was something we needed to see from DC. Taking a series that’s always been juvenile or made for children, and making it gritty was a bold choice. During the first season, we thought DC had finally created a binge worthy gem; during the second, doubts started arising.

We’re looking at 3 things Titans urgently need to change, and 3 things it must keep.

There is no disputing the fact the first season of Titans was significantly better than the second. The main reason is simply the writing. The first season revolved around Raven, her story arc that eventually led to the assembly of our beloved Titans team. Rachel/Raven’s story didn’t end in the first season, in fact it felt like it was only beginning. But the show decided to change things up and focus on Dick Grayson’s past instead.

Exploring Dick’s past is a good direction for the show. Instead, the mistake was ditching Raven’s arc and other beloved characters such as Gar. Even though we got to see the main villain much more often this season, and Deathstroke was fantastic, it still felt like the show took a few steps back. Audiences still want to move forward with Rachel’s arc, to fulfill her true potential as Raven.

Writing simply felt lazy. With illogical plot holes, such as Jericho still being alive inside Deathstroke’s mind, it seemed like a lazy tool to reach the desired ending and to somehow atone for Dick’s evil deed. But using such writing methods weakens the plot and lowers the production quality.

It seems like Batman only lives in extremes, we either have horrid bat-nipples and bat-puns, or we have a raspy voiced, amazing Batman. Batman in Titans was an opportunity to create another brilliant Batman, but it was a missed opportunity. Bruce Wayne’s casting is one of the worst in DC’s history. This is not a knock against actor Iain Glen, who is a terrific actor, he just didn’t fit the role, especially from a physical aspect. One word to describe Bruce Wayne in Titans: cringe.

I tried to understand why Bruce Wayne is in the show and his role in the plot. I realized his presence was frivolous. It’s clear Dick has some unresolved issues with Bruce, and it is a new fresh take on their relationship. Throughout the final episodes of the season, Dick keeps seeing a phantom of Bruce in his head, everywhere he goes, resembling his guilty conscience. And I was wondering, isn’t there a less cliché way to approach that idea? Of course there is, but the writers suffer from acute laziness it seems. The plot did not need Bruce Wayne, especially that Bruce Wayne (who obviously needs dancing lessons).

Slade Wilson, aka Deathstroke, is one of the most beloved and badass villains in all of comics. His only flaw in the comics and previous portrayals on screen, he was two dimensional. But this time around, the Deathstroke we get in Titans was a character with a purpose and a reason. A man who loves his family; incapable of conveying it in the proper ways, Deathstroke is an imperfect human being. Which also makes a perfect character.

And when it comes to a fight with Deathstroke, well the word is in his name, “death”.

Speaking of death, it was Slade’s unfortunate fate at the end of season 2, at the hands of his daughter. Deathstroke is one of the villains the audience does not want to see die. For some reason, even with his lack of compassion, we love him. Maybe because of his potential to display amazing fight scenes, maybe because he actually can beat any hero or superhero. Deathstroke has the potential to bring a lot to the table, killing him off so soon in the show could end up being a dire mistake.

One of the many things Titans did right from the beginning, was fight scenes. The choreography was brilliant, the fights were shot well, and they were intense. Adding Deathstroke to a scene took the fights to another level, and allowed the stunt coordinators to draw up some of the best hand to hand combat fight scenes on television. With characters with a multitude of abilities and powers, and skilled in combat, the fight scenes in Titans are one of the main reasons I gravitated to the show.

We’ve seen shows that had great fight scenes but the quality dropped drastically, just like Arrow. This is an aspect which the producers need to make sure remains as exciting and engaging as it was originally.

Even though ditching Raven’s and Gar’s storylines was a misstep on behalf of the writers and producers, focusing on Dick’s past was not one. It’s quite clear, from the first episode of the entire show, Dick has a complicated past embedded with regrets and mishaps. Exploring his past showed us how flawed Dick was, yet how right he may be. Seeing Dick going to extreme lengths, and even doing “bad” things, to do what is right in the greater scheme of things. Making it one of the things he inherited from Batman. It puts Dick Grayson in a new interesting light.

Hoping this is not the only story we will learn about Dick’s past, Titans needs to keep the limelight and focus on Dick’s previous life prior to the assembly of the Titans team.

3. Not Playing It Safe

Looking at most superhero shows, they often choose to play it safe by not actually killing off any main characters. Looking at Arrow again, it is a prime example of that approach. However, in season 2 of Titans we witnessed the death of Donna Troy (even though it was one of the worst on screen deaths I have ever seen). A character I loved, but I was also glad to see the writers and producers willing to take risks and kill off main characters, even if the audience is not necessarily happy with those decisions. But in every story, every victory needs to come at a price.

Hopefully Titans won’t bring back Donna Troy, as much as it pains me to say that, but if they do the show is doomed. The writers need to live with the hard decisions they make, and continue on with the show. As Donne Troy left the show in season 2, we need to see more losses. Not necessarily a character’s death, but something lost or a price to pay, something intangible. Unpredictability keeps the audience on the edge of their seats, raises the tension and the intrigue as well.

Titans is standing on thin ice, facing two possible fates. One is the same fate as Arrow and The Flash. Where it starts out excellent with great reception, but descends to a cliché and cheesy show infested with plot holes and nonsense. The second is defying the odds and creating a memorable DC show worth watching. We’re all rooting for the latter.

There is an abundance of things that Titans need to fix, more than the 3 essential ones I mentioned. But the bright side is, it has a lot of positive traits, and if they invest in them, the show will survive and thrive. We will find out the answer for Titans fate when season 3 releases on HBO Max on the 12th of August. I’m already crossing my fingers.