Home » “BLACK”: A True Story of Suffering, Crime, and An All Too Real Yearning for Growth. 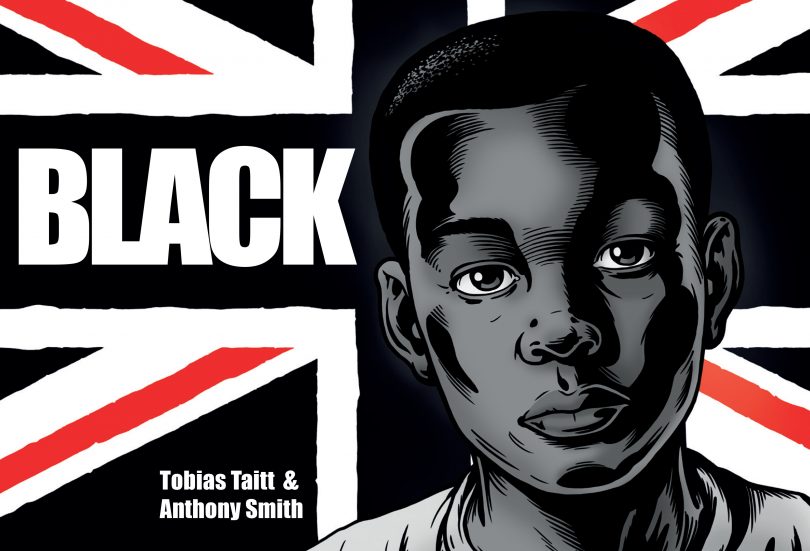 Tobias Taitt, author of Black Bastard, has partnered with artist Anthony Smith to bring his life’s story to the comic book lens. Now titled BLACK, the comic follows much of Taitt’s youth and raising inside of the system.

Taitt’s story is a tragic one. From the start of the comic, Taitt forces us to see the world through his eyes, the eyes of someone who has seen the horrors of the world before he could spell. Having never known his father, he lost his mother to a lengthy prison sentence when he was three years old after she murdered his uncle in an act of revenge. Taitt and his sister would then become wards of the state, and he would spend the rest of his childhood, as well as his teen years, being jumped from place to place as he encountered abuse, punishment, and the occasional glimmer of hope as he traveled a system designed to destroy him.

Though Taitt’s story does not shy away from his traumas and pain, it also shows his will to live on. There are many scenes at the height of his abuse and pain that make it almost difficult to continue reading. Though it is at these moments that Taitt reflects on a happy memory of the time, his friends, or any small glimmer that will help him get through that time. These narrative choices allow the reader join him in his journey and perceive his life through his eyes. 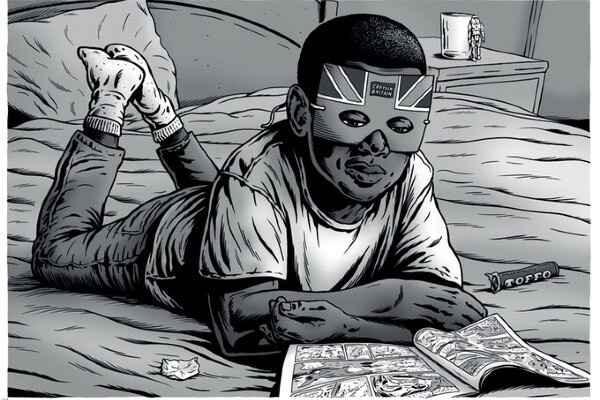 Concurrently, artist Anthony Smith does an amazing job at helping spotlight the emotions of Taitt’s narrative.

The stylistic choices intensify the anger and make Taitt seem like a force of nature. Sadness is portrayed entirely differently, with pages having less writing and just allowing the reader to steep in the action that just occurred.  There are a few one-page spreads with one line of dialogue that act as both pause points in the story and also as moments that truly had an impact on Taitt. It is hard not to stop at these pages and admire the journey thus far. Smith complements Taitt in his story and makes the delivery of his life’s work that much more potent.

As the story continues, the trauma has its momentary lapses. Taitt is able to find his first real love, and with it, real nurtured growth. His relationship gives the opportunity to read and find a long-lost love for learning. As he learns, the true nature of the story comes into play. Taitt’s story is one of oppression and pain. Taitt was not only living the poor, foster child experience; he was part of the black experience. He said his institutions had left him “in cultural ignorance,” and he was able to only really realize it through enforcement and learning.

BLACK is an absolute must-read. Taitt’s resilience and incredible ability to overcome tragedy while also being able to write about his pain so eloquently is astounding.  Smith is the perfect partner for Taitt, accurately enhancing the experiences described in his writings through clear and vivid art. BLACK is a comic that works on every level while also being culturally significant and poignant.

Did you enjoy BLACK? Check out the Kickstarter here! Sound off in the comments or send us your thoughts on Facebook or Twitter!