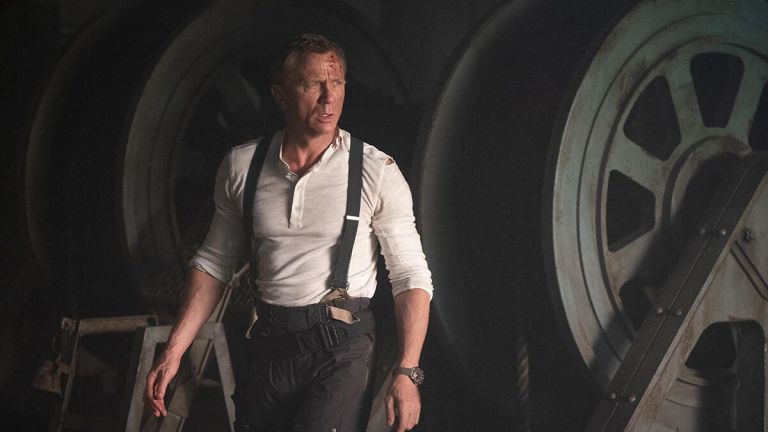 After 15 years Daniel Craig has finally hung up his tuxedo and enjoyed his last martini as 007. Craig’s final movie also marks the 25th in the Bond franchise and the last film before the 60th anniversary of Bond in the silver screen. So how does No Time to Die fare as both the Craig’s finale and as part of the greater Bond legacy? This will go down as possibly one of the best films of the series, and a deeply emotional closing chapter to the chase that began in Casino Royale.

The role of 007 is a fleeting one. Even as Daniel Craig took the role back in 2006 fans were already speculating who the next one might be. It is a role that has a clear and pre-destined ending. Yet as Craig held the mantle for a quarter of 007’s theatrical life it is fascinating to see how much his own interpretation of the spy has evolved.

When we first met him in Casino Royale this bond was a fresh faced rookie, ears still ringing from the sound of his first kills. Throughout the movie he showed he had the talent and the skills to survive and excel at spy-craft. Though he lacked any semblance of teamwork, choosing to use his contacts and the unfortunate Bond girls who would encounter him. M (at the time Madam Judy Dench) was his foil, and the one woman he respected.

Then along came Vesper, and Bond quickly fell in love. It was an emotional Bond that fans had not truly seen since On His Majesty’s Secret Service. Yet, along with Vesper came her betrayal, one that would stick with Bond through all the sequels. He became vengeful and angry, especially as he lost M in Skyfall. Yet in Spectre, Bond found his new love in the form of Madeleine, and he finally began to heal. This is where we begin No Time to Die, with James and Madeleine starting over, and visiting Vesper’s resting place.

Craig showcases his 007 in his most human and vulnerable form. He is no longer a man with nothing to lose. He truly cares for Madeleine, but along with her he also made friends. Felix Leiter (Jeffrey Wright), Q (Ben Whishaw), Moneypenny (Naomie Harris) are all but a few of the allies he has come to care for. He makes emotional decisions and pushes forward with some self-preservation; he has things he would like to live for. 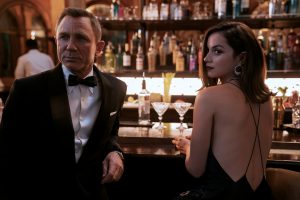 The “Bond girls” were set apart from their predecessors in this movie. Paloma (Ana de Armas) absolutely steals the show when she appears. She is quirky and silly; nervous about her first real mission. Yet when the action happens she becomes an absolute force of destruction, impressing 007 even more so as they drink their way through a shootout. I hope the next incarnation of Bond finds a way to bring her back as she was a spectacle.

Nomi (Lashana Lynch) also really impresses in this film. She finds herself in a similar place to our Casino Royale Bond. She is a bit cocky and arrogant, yet she has the skills, and the 007 moniker, to back it up. Unlike early Bond however, she takes orders well, and seems to be aware of her predecessors wild exploits.

No Time To Die is well aware of the Bond legacy, and so it jampacks the movie with references. Bond makes an early reunion with his iconic DB5 Aston Martin. Packed with machine guns, smoke trails and a surprisingly bullet proof exterior, it was as iconic as it’s ever been.

Along with the car, he gets his EMP watch, which is especially mind-blowing this film. All of the classic Bond lines are also scattered about, usually in a very tongue-in-cheek manner. The call-backs feel very natural and earned in this film, and Craig delivers his puns with true sarcastic mastery.

Overall No Time to Die is a gift to fans of the franchise as a whole, with deep care and dedication to the Bond name apparent throughout the film. It is also a fireworks show of a goodbye to Daniel Craig, who portrayed Bond in a way no one had quite done before, and will undoubtedly go down as one of the best to ever do it. Yet even if you are not a fan of the franchise or Craig, No Time to Die is one of the most enticing action movies of the year, and you’ve got no time to miss it.

Have you seen No Time to Die yet? What do you think of Bond’s softer side? Sound off in the comments or send us your thoughts on Facebook or Twitter!