Home » The Batman Trailer: The Good, The Bad, and the Unknown 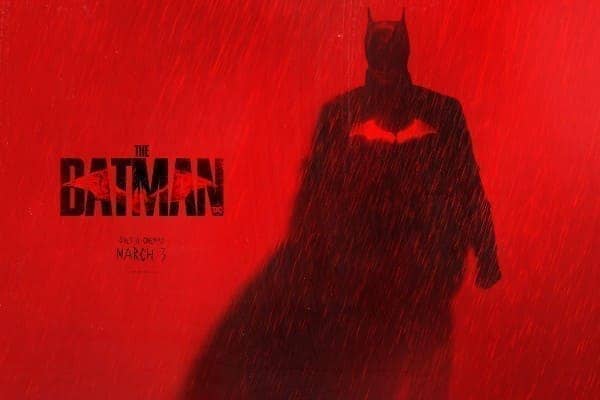 After a long wait, we have finally gotten a trailer for The Batman. The general reception has been quite positive regarding the trailer, but trailers can be deceptive. As with every trailer, there is the good, the bad, and the unknown.

Let’s start with the positives in this trailer, and I’ll start with the most obvious one: tone. The trailer conveys the tone of the film, and it is exactly what we, the audience, need in a Batman movie. Gotham looks like the bleak city we know it to be from the comic books. It’s quite reminiscent of the Arkham games as well. Desaturated, dark, a color palette that’s perfect for a grim Batman movie. The blacks, greys and reds compliment the tone the film is clearly conveying.

What I believe will be the saving grace of this film is the cinematography, and we’ve gotten a glimpse of the style of cinematography director Matt Reeves and his director of photography Greig Fraser are going for. Aesthetically stunning, melodramatic, and ambiguous. The use of low-key lighting with contrasting colors creates a visually engaging and beautiful picture.

One of the best aspects of the trailer is the badass Catwoman we get to see more of, and I have a strong feeling Zoë Kravitz could be the best Catwoman we will see on the big screen.

We are finally getting The Penguin on the big screen again. Played by Colin Farrell, The Penguin could be one of the strongest aspects of this film. We do not know Oswald’s involvement in the plot, but after watching the trailer, I couldn’t be more eager to find out.

Let’s start with controversy: Robert Pattinson as Batman. There has been some skepticism from fans about Pattinson playing the role of the Dark Knight, and The Batman’s new trailer only raised the doubts, at least for me. Batman is a menacing and intimidating character, and Pattinson doesn’t harbor those traits. He seems like an angry teenager with a lot of money, and that is not the Batman we need, perhaps the one we deserve though.

It’s fair to say Batman is certainly not wearing hockey pads in this movie. However, bulletproof armor for the protagonists is always a bad idea. It eliminates the high risk factor as it is too easy for Batman to fight goons. We can see from the trailer, in the scene of the dark hallway where goons are shooting at Batman as he simply walks in the hallway taking down villains and eating up bullets. If it’s too easy for the protagonist, there is no element of danger, which means there is no excitement.

The trailer doesn’t give much information about the plot, which is one of the things that make it a good trailer. But it also does not tell us what to expect from the plot, which raises speculation. And that is why the trailer looks deceptively good, beautiful visuals, great score, and full of action.

We are finally getting to see The Riddler on the big screen since Jim Carrey’s interesting take on Edward Nigma. But what is most intriguing about Riddler in The Batman is we do not know anything about him. We don’t get a clue for his motivations, character traits, or involvement in the plot. We do get the sense he will be a more realistic and mysterious take on the character. Not revealing any of those aspects of the character only makes it all even more interesting.

It’s easy to make a trailer look good. Good editing, music and enough action can deceive the audience into believing the movie is good. The Batman does just that, however, we cannot form an opinion on the movie from a trailer. If this trailer did anything, is raise my doubts for Robert Pattinson as Bruce Wayne/Batman. Just hoping I am wrong, and DC continues it’s good record of Batman castings.

What did you think of The Batman trailer? Do you think Robert Pattinson will be a good Batman? Let us know in the comments below or on our Twitter or Facebook!