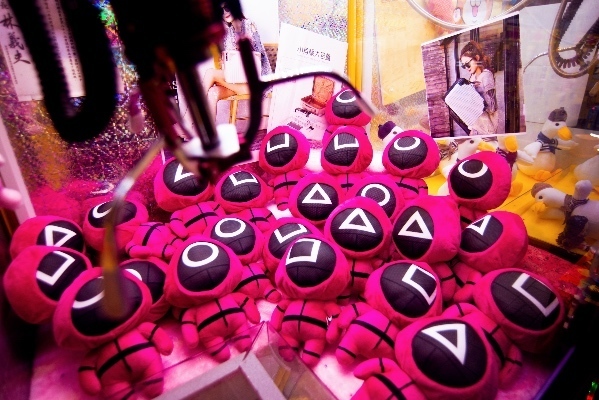 Since Squid Game rocketed to success back in October, fans have been waiting for an official announcement of the second season. Creator Hwang Dong-hyuk was initially tentative about committing to another since he wrote the first one entirely himself. He has now promised there will be more Squid Game coming, but Netflix has yet to commit publicly. It’s hard to imagine they won’t announce a deal soon. Worth $900 million, the series reached 111 million viewers. It’d be bad business not to renew it.

And the first season left a lot of questions unanswered. Mostly: will Gi-Hun manage to end the games for good? However, Hwang expressed more enthusiasm for the Frontman’s storyline–the masked middle-manager of the Korean game. Season one revealed his identity as the victor of the game in 2015. In this interview with The Hollywood Reporter, Hwang said: “So if I end up creating a season 2, I’d like to explore that storyline–what is going on between those two brothers? ”

Giving the Frontman and his brother the A-plot would open the series up to more artistic freedom, too. While the first season featured a few flashbacks to character’s childhood, it was largely told in sequence. Hwang’s hints about focusing on the Frontman could mean interwoven timelines–jumping between the Frontman’s past with his brother and the games and Gi-Hun’s crusade to end them. With the robust writing and directing team he will surely have for season 2, Hwang has the opportunity for a more intricate story.

But none of Hwang’s comments addresses the families who lost loved ones in the game. Season One saw Gi-Hun unite Jung Ho-yeong’s little brother with Cho Sang-woo’s mother, but surely there are other families searching for their relatives. Will Gi-Hun reach out to these families or attempt to confront the game makers alone?

For a series whose main villain is Capitalism (with a distinctly American flavor), it would be a logical step for Gi-Hun to seek out those left behind. Teamwork helped him survive the games, after all.

Gi-Hun also sacrificed reuniting with his daughter to confront the game masters. His motivation for entering the games at all was to be a better father and son. Hwang says:

“Season one ends with Gi-hun turning back and not getting on the plane to the States. And that was, in fact, my way of communicating the message that you should not be dragged along by the competitive flow of society, but that you should start thinking about who has created the whole system — and whether there is some potential for you to turn back and face it.”

Regardless of the broader meaning, Gi-Hun turns his back on his daughter in the finale. He showed loyalty to his fellow players, but failed his child. If season two features him uniting grieving families, it could redeem him in this regard.

Netflix may drag their feet with an official announcement, but Squid Game season 2 will surely hold as much drama, action, and Dr. Seuss-style set design as the first. Where the characters go from here remains to be seen.

Did you enjoy the first season? What are its promises and pitfalls? Where do you want to see Squid Game go from here? Sound off in the comments or send us your thoughts on Facebook or Twitter!