Home » When is it too much MCU? 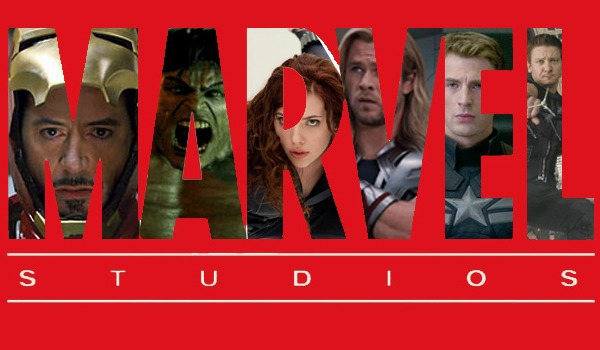 I was a freshman in High School when the first Iron Man movie came out. Sure there had always been comic book movies and shows, but it was clear this was something different. It took a then unknown hero and made him a superstar. Not only that, Iron Man started the MCU. It not only sold us on the idea of one hero; instead promising an entire team up. And slowly set the idea of heroes coming together. After The Incredible Hulk, Thor and Captain America had all been released over the next three years, along came the Avengers. This film, and the completion of the ‘first phase’ of the MCU was truly a spectacular moment for comic fans. The set-up, the pay off, the mystique of having to wait for the next film and the millions of fan theories that appeared made these movies a truly unique experience.

Then of course with the conclusion of the Avengers came the Thanos saga. Who is this big bad, and why are we getting so little of him every film? The mystery deepened and fans were truly along for the ride. It would then be six years (and 11 films later) that he finally made his move in Infinity War, and another year (and two movies) later that he was finally defeated in Endgame. By this point in time these movies had become global phenomenon. Infinity War and Endgame had absolutely smashed box office records, and nearly every single movie within the MCU was topping global charts.  Even though the MCU had grown exponentially quick, at that point it never felt like too much.

Which Brings Us to Now

In the two and a half years since Endgame, there have been five MCU films and 4 tie-in series. This is much less than planned as COVID-19 halted all releases for nearly a year. Though I remember when WandaVision had just been released, I thought “Oh thank God! A new MCU addition after so long. I can’t wait!”  Yet less than a year later, I have to convince myself to watch the next movie or series. As much as I still do enjoy the MCU for the most part, being an active fan has truly become a chore to me. The MCU’s size and reach have created a few problems, and here they are.

While Marvel’s has always released movies fairly quickly, with the addition of the Disney+ originals to the MCU canon, it feels like a near constant stream of Marvel titles. While not necessarily a bad thing, the constant stream of Marvel does diminish the allure of it. The Marvel opening credits, for example, used to be an exciting flash of our favorite characters appearing on screen. Though if you are like me and you watched every Marvel show episodically and every movie, then you have seen that credit 39 weeks out of the year. That leaves only thirteen weeks where Marvel has not appeared in your life in some way this past year.

The main issue the MCU seems to have is that it seems every movie and every show is just set-up for the bigger one. While this has been the case since Iron Man, now that Thanos and 3 of the starting Avengers are gone, any media from this point on no longer feels like a continuation of the journey that started in 2008. Sure the connections to the originals are there, but the story synergy seems to be gone. Currently, even the unifying threat is gone. Yet even even if a villain bigger than Thanos appears, how can the journey to Endgame be topped? At a certain point, the fun won’t come from seeing new heroes take the stage, but seeing old ones return. While the return of these heroes may sound fun it would also mean that the MCU has run it’s course. 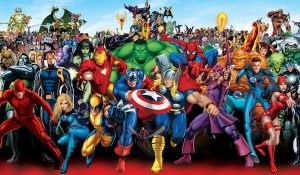 I know that all of this makes it seem like I am just an old Marvel purist who hates fun. Which is very much true. However I believe that good things do have to come to an end. Every story needs to reach its eventual finale. Yet now that marvel has created this enormous universe of interconnected stories, it means that every finale open three new stories. As such, no story truly ends. It sound nice, and as a comic book fan, it is what I dreamed of as a child starry-eyed reading my favorite comics. But I fear that it runs the risk of making the entire experience stale.

I honestly hope for Marvel to slow down releases, and actually determine a true endpoint to the MCU; as I fear that if goes like this, creating such a long and daunting road of movies and shows that all lead to the next, the next generation will simply say “screw it” and never give it a chance in the first place.

DO you think there is such a thing as too much Marvel? Sound off in the comments or send us your thoughts on Facebook or Twitter!