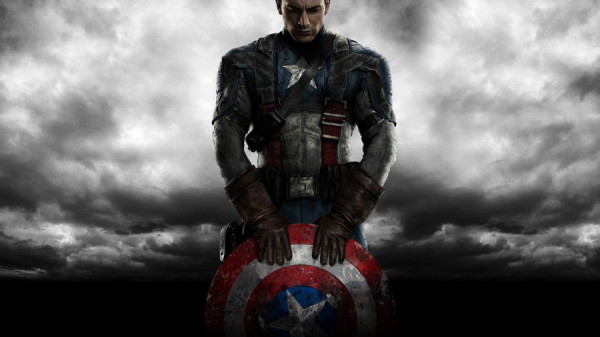 In the 1980s, at the height of the Cold War, a new kind of War Film began to emerge. Instead of depicting soldiers in real wars, these Revisionist War Films featured impossible heroes beating America’s strongest enemies, the Communists.  Rambo: First Blood Part II, Rambo III, Red Dawn, and Top Gun are all about Americans winning wars the U.S. never even fought.

In American Cinema of the 1980s, Stephen Prince describes Rambo as “the uber-mensch of the period, his engorged muscles and phallic weaponry making a symbolic statement about the reawakening of American military power after its period of post-Vietnam dormancy.” Americans rallied around these films that gave some hope that one day their defeat in Vietnam would be avenged.

Today, as war rages on once more in the Middle East and America lives in fear of terrorists, there is once more a need for these kind of films. And so, the Revisionist War Film has given way to something new: the Superhero Film.

Superheroes seem to have a knack for popping up just as America goes to war. Superman and Captain America were both born during World War II, kicking off the Golden Age of Comic Books. Similarly, Spider-Man, Iron Man, and the Hulk all arrived just in time for the Vietnam War and the Silver Age. Even the Cold War brought us the Dark Age of superhero comics.

The main difference this time around is that instead of just Superhero Comics getting the boost, Superhero Films have exploded in popularity like never before.

Before the Iraq War began, there was maybe one Superhero Film a year, two if we were really lucky. As soon as war was declared, however, at least three or four Superhero Films were released per year. As Cole Abaius put it in his article “Is the Iraq War Propelling the Superhero Film Phenomenon”, “[w]ithout stating directly that the Iraq War is the sole cause for a boon in superhero films… it seems clear that it’s a major factor in one of the largest business trends in recent Hollywood history.”

While Superhero Films have become more popular than ever, War Films seem to be on the decline. There have only been about a dozen or so films about the Iraq/Afghanistan War. The main reason for this is the advent of the internet and 24-hour news networks. Everyone always knows exactly what is happening in the war, they don’t need to see it in films. At the same time, this ignited a desire in the public to see a fantasy version of the war, one where the U.S. always won and Americans at home were always safe. It was almost inevitable for superheroes to take on this role.

Pre-2003, the military had no place in Superhero Films. X-Men, Spider-Man, and Blade II were all devoid of any military presence; they all went into production before 9/11, so this is hardly surprising. But the U.S. Military were intricately linked to the plots of the next batch of Superhero Films – 2003’s Hulk and X2: X-Men United. The next few years saw our heroes taking on super-terrorists instead of simple super-villains. One only has to look as far as 2005’s Batman Begins: the villainous Ra’s al Ghul is quite literally trying to spread terror.

X-Men: The Last Stand was one of the last films to show superheroes fighting against the military; less than a year later, in Fantastic 4: Rise of the Silver Surfer, the military was begging superheroes for help. In 2008, five years after war had been officially declared, Iron Man became the first superhero to directly take on terrorists in Afghanistan. And after the credits rolled, he became the first superhero officially recruited by the U.S. Military.

The inclusion of Nick Fury and S.H.I.E.L.D. in the  Marvel Cinematic Universe has done more to solidify Superhero Films’ status as the new War Films than anything else. Now, Marvel’s superheroes are officially a part of the American military machine. Iron Man, Thor, Hulk, and Captain America have thus become the latest breed of super-soldier, just like Rambo and Maverick once were.

So if Superhero Films can also be seen as the natural progression of Revisionist War Films, what does that make this summer’s hits X-Men: First Class and Captain America: The First Avenger? Both films are completely unique within the genre in that they are the first films to take place in the past and deal with actual historical events. While Superhero Comics have a well-known habit of creating alternate histories, First Class was the first film to do so and so gave birth to the Revisionist Superhero Film.

Captain America: The First Avenger went one step further and became the first film to truly blend the War and Superhero Genres. Here we have a superhero created for and by the American Government whose only purpose is to fight America’s enemies.

Steve Rogers’ journey follows all the major story beats of the Superhero Film almost as closely as Hal Jordan did in Green Lantern – but at the same time, the film has all the trappings of a World War II Combat Film.

The scene that demonstrates this best is when Captain America goes to save a group of P.O.W.’s from a Hydra facility. Not only is this Captain America’s Debut and First Fight, but he is rescuing soldiers from all over the country who rally around him like a mascot (elements noted as key to the genre in The World War II Combat Film). The two genres are blended throughout the rest of the film, creating the very first true Superhero-War Film hybrid.

If the Superhero Film really has replaced the War Film, what does that mean for the future of both genres? Many people believe that the Superhero fad is on the way out, despite new projects announced every few months. In addition, the release of Rambo in 2008, a remake of Red Dawn coming later this year, and a sequel to Top Gun being discussed, it seems like there really is a demand for new Revisionist War Films. Next summer’s The Avengers will likely only further the connection between the two genres as we finally get to see a group of superheroes being sent on a mission by the military. Who knows what will happen next?