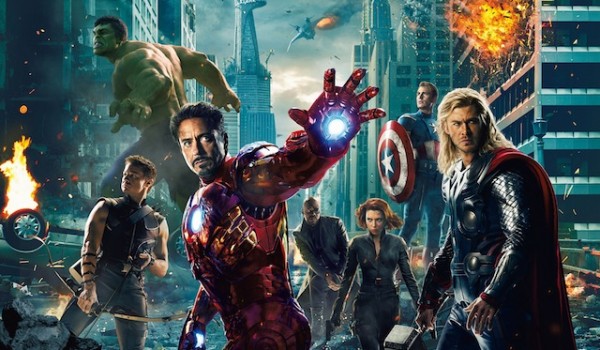 This week’s Second Look is very special for two reasons. First, instead of looking at a film that was overlooked, underrated, or just plain old, we will be looking back at a film that was generally well-received and the biggest hit of the last year. Second, instead of writing about the film’s good points and why it deserves a second viewing, I will instead be presenting the opinions of my wife, Aisha, who believes that The Avengers is completely overrated

Joss Whedon’s The Avengers was last summer’s biggest blockbuster hit, becoming the third highest grossing film of all time (and the highest one ever not directed by James Cameron). One of the most anticipated films of all time, and indeed a first as far as film crossovers go, it was generally well received, and I personally thought the film was a blast.

My lovely wife, Aisha, however, was of a different opinion.

While admittedly not a huge superhero fan, Aisha does enjoy superhero films, and thought that previous Marvel films Iron Man and Thor were generally good efforts. In addition, she is a fan of Joss Whedon’s work, namely Buffy and Firefly. However, she was far from impressed with The Avengers, with several major criticisms.

Her first problem with the film was that the plot was, in her words, crap. There was no real story arch or any twists. She found it predictable and thought that the alien aspect was just stupid, not to mention poorly explained. Who are they? Why are they invading? Everything also seemed a little too easy, like how the Avengers seemed to immediately know everything they needed to kill the aliens while we, the audience, were kept in the dark.

The characters were an even bigger failure. There was no central character; instead way too many different characters, all without any kind of development. The film relied way too heavily on the audience having already seen the previous films, but none of the characters changed or developed any further. The female characters were especially poorly drawn, having barely anything to do and adding little more than their boobs to the film. Considering Whedon is known for writing strong female characters, this was a bit of a disappointment.

Speaking of Whedon’s writing, both of us actually agreed that this was far from his best work. As fans of his TV shows, we have always found Whedon to be much more witty and surprising than he was in The Avengers (with Cabin in the Woods, his other film from last summer, a much more typical example of his work).

The only good part of the film, according to Aisha, was Agent Coulson’s death because it was the only part of the film that had any real emotional impact. Like many fans, she liked Coulson and thought it was sad that he died (although a very Whedon move). She also thinks it’s pretty stupid that Coulson will be coming back in Agents of S.H.I.E.L.D.

Now, while I hear and agree with many of Aisha’s points, I still hold that The Avengers is enjoyable and a fun watch. After all, in the end it is just a summer popcorn movie; so what if it’s riddled with problems?