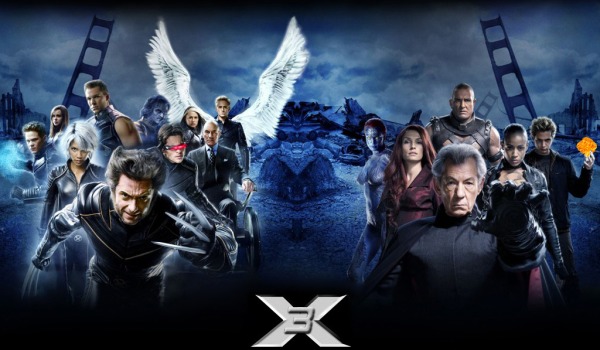 I’d like to start off this retrospective by saying that I do not think that X-Men: The Last Stand is a bad film, merely by the standards of the two films that preceded it and its own ambitions a disappointing one.

Following on from Bryan Singer’s rightfully beloved X2 – which is what Spider-Man 2 is to Spider-Man 3 or The Empire Strikes Back to Return of the Jedi –, it seemed only natural that the next instalment would form the concluding act of a trilogy. Given that the previous film had essentially resolved Wolverine’s arc (though they would, of course, return to fill in the gaps in X-Men Origins: Wolverine, unnecessarily in my opinion), there were a few key plot threads left to be resolved: the conflict between the X-Men and the Mutant Brotherhood, Rogue’s struggle with her ability, the aftermath of the death of Jean Grey. X-Men: The Last Stand ambitiously strove to address all of them; the result being the film that transformed Brett Ratner into a pop culture pariah and seems likely to be extensively retconned in Singer’s sequel/prequel paradox X-Men: Days of Future Past, due out next year.

There is, in theory, a lot for fan to like about Ratner’s film, drawing on some of the best plot lines the comic book series has to offer, namely Joss Whedon’s Gifted and Chris Claremont’s Dark Phoenix Saga. The problem came about in having two such rich source materials competing for screen-time in a 104-minute film. Further complicating this was the need to dramatically reduce the role of James Marsden’s Cyclops given the actor’s choice to commit to Bryan Singer’s Superman Returns instead (as Lois Lane’s second-string fiancé no less). This led to the decision that Scott Summers AKA Cyclops should be killed off by the newly resurrected Jean, now in her Phoenix persona, less in order to develop a sense of jeopardy than simply to justify his absence. Halle Berry’s Storm, meanwhile, was forced into a position of leadership simply to ensure the actress’ return. That simple expediency dictated so many crucial plot developments is an indication of Twentieth Century Fox’s high artistic regard for the property at the time. After all, they had to stay ahead of Columbia’s Spider-Man 3, which, ironically, suffers from similar problems.

The film has so many plot lines that important moments – vital, in fact, to the franchise – become throwaway. The depowering of Mystique, for instance, and Magneto’s subsequent abandonment of her occurs in a moment and is never referred to again (except in passing to justify the acquirement of certain plot-convenient information). There are more mutants, of whom only Ellen Page’s Kitty Pride gets anything close to a character moment. Ben Foster’s winged yet vulnerable Angel is established in the film’s prologue – which also features a horrifically de-aged Patrick Stewart and a slightly better Ian McKellen –, then reappears in the climax to swoop in at the end and swoop out again, simultaneously resolving his daddy issues. Rogue vanishes for half the film only to reappear cured. And yet X-Men: The Last Stand still finds time for Vinnie Jones’ Cain Marko to utter the immortal line, “I’m the Juggernaut, bitch!”.

This is, to say the least, a deeply frustrating film, one that makes many brave moves but never coheres in a satisfying way. Professor X’s death – disintegration at the hands of Jean, a former pupil – should be deeply moving, representing the loss of the team’s father figure, their mentor, their loss of innocence, if you will. Instead, his self-righteous refusal to justify his essentially lobotomizing her robs it of most of its pathos; a matter only further worsened by the ethical concerns represented by Xavier’s reappearance post-credits in the body of a brain-dead coma patient… an ethical concern the film itself raised! Logan puts the Phoenix down (tragic but unavoidable, though Hugh Jackman‘s agonised advance towards her, being worn away all the while, just about sells it); Beast gets a promotion; Magneto loses his powers (but not really) – ultimately, everything is restored to more or less to status quo. There are some nice action sequences, such as Magneto pancaking a prisoner convoy on the freeway and his manipulation of San Francisco’s most iconic causeway, but, like Wolverine’s hack and slash through the woods surrounding the Brotherhood’s camp, it all feels lightweight, bloodless. Magneto as a mutant demagogue leading an army against the US military on Alcatraz Island sounds cool, but, fire and ice showdowns aside, its execution leaves something to be desired.

A film in which the US President comments on the impossibility of protecting democracy when one man can move cities should have more to offer than Wolverine kneeing a regenerating mutant in the balls and telling him to “grow those back”. In this regard, X-Men: The Last Stand is simply a wasted opportunity.

Oh, well, at least we got to see the Danger Room at last, right?