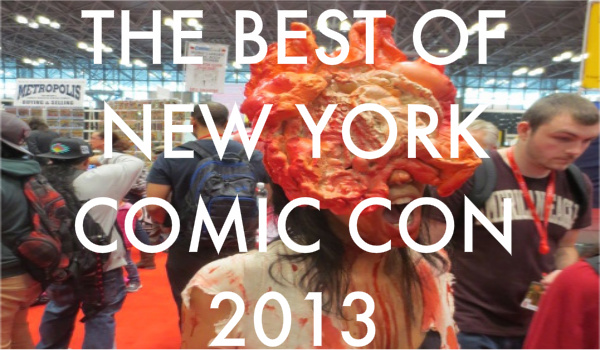 This past weekend, the city with the highest concentrated amount of monster attacks, alien invasions and secret headquarters, but New York, got slightly more insane with the arrival of New York Comic Con. As always, I shall serve as your sexy Virgil into this descent into Hell for people who think The Batman is lame and the select few who gave the Oscar to Star Wars instead of Annie Hall. So without further ado, here’s the best of New York Comic Con: 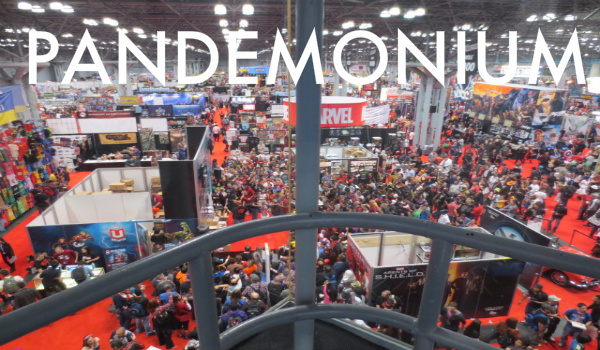 To start, New York Comic Con is a massive beast. Thought it is not the nerdy cluster bomb that converts the entire gas lamp district of San Diego into a six-color, New York Comic Con has been growing at a steady rate since its inception, and it’s starting to resemble San Diego Comic Con more and more each year. 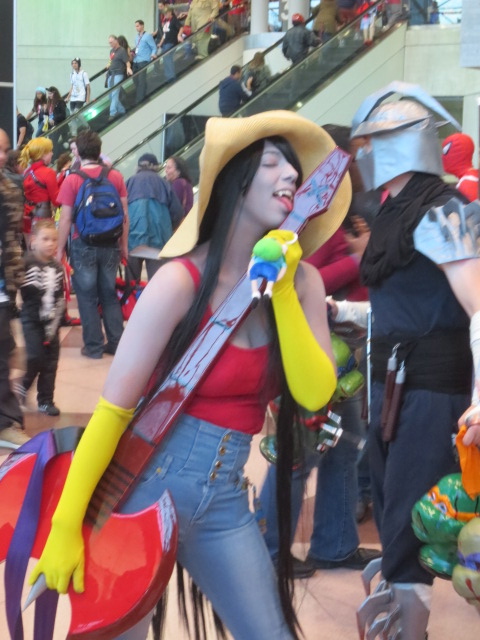 For starters, it certainty smells like San Diego Comic Con, so much so that the city of New York had to release a statement asking Con attendees to bathe, for the love of god, bathe. Now I’m certain that jamming a few thousand people into the Jacob Javits Center certainly isn’t going to smell like rainbows or Anna Kendrick’s dreams, but when you add in obesity vacuum sealed in fiberglass MJOLNR armor or determination strong enough to wait for a 6pm panel since 10am and yet not spend the ten minutes necessary to apply soap to one’s body, things get intense.

To deal with counterfeit tickets and lines longer than a cocaine party at Professor Zoom’s place, New York Comic Con featured the inclusion of tapping your electronic badge to get in and out. Standard fare right? 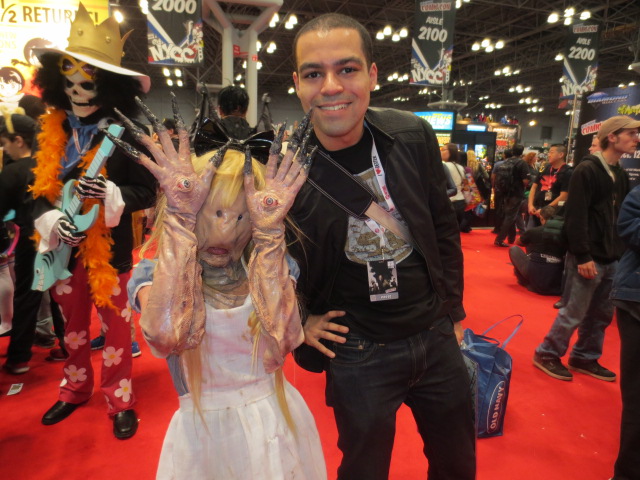 There were no Prof. Zooms on hand, so here’s an adorable Alice in Pan’s Labyinth.

Well what NYCC administration failed to mention was that if you linked your badge to your twitter or Facebook, the badge would automatically update your status for you, in really enthusiastic ways.

For instance, my badge claimed that “I am having the best four days of the year at New York Comic Con!”

Thank god that my imaginary girlfriend didn’t see that. Our extended weekend at Ibitha was something out of  *Google image search for Ibitha*.

Fortunately, to escape the abattoir of disposable income and anime costumes that I’m not even going to try to guess the source for, there is the press lounge. An empty floor that gives the fourth estate a means to breathe and an overpriced convenience stand with no lines.

Also, it provided this awesome isometric viewpoint. I was able to pinpoint the best goddamn Green Goblin cosplayer I’ve ever seen in my life, as well as take a photo of a guy asking a Red Ranger duo to take photos. 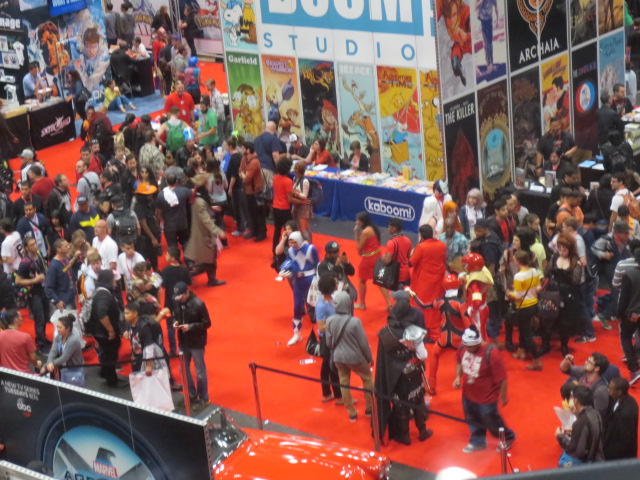 What was the best thing I saw at the con? Switch up between a pixie-haired Felicia Day or a Dragonborne Jessica Nigri, moments that I made sure to immortalize in photographs. 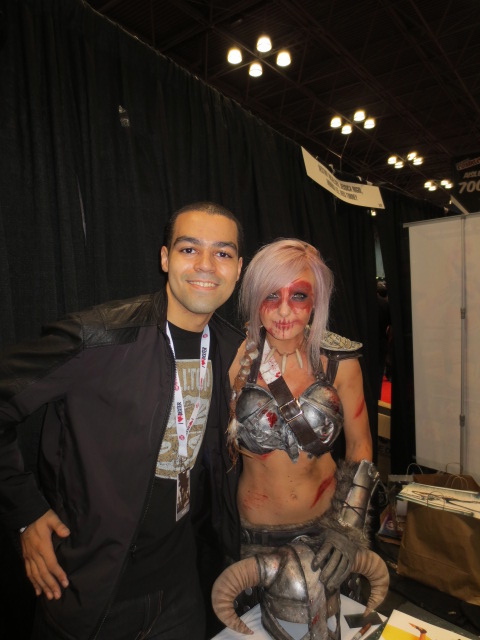 I never know what to do with my hands. 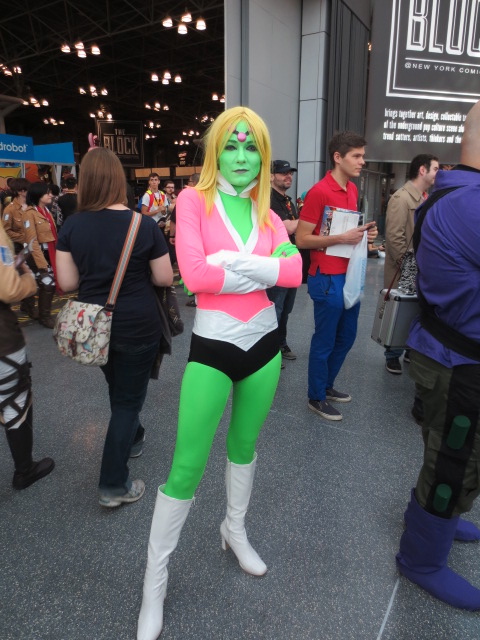 My favorite Cosplayer of the Show, which is crazy because I don’t even read Legion of Superheroes 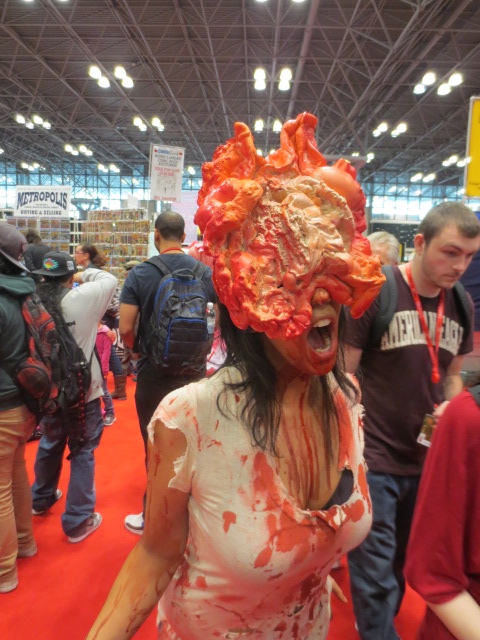 That being said I liked this Last of Us Clicker so much that I made it into the header for this article.

The worst thing I saw at the con? A man in his late twenties, early thirties, clinging a My Little Pony Monopoly Board. A game that was never supposed to be (and never is) fun wearing the much-too adolescent skin of a little-girl’s cartoon stapled to its face like Joker in Death of the Family. Though this guy had a bag on him, he carried the shrink-wrapped game board close to the heart, both as a reminder to himself that his dreams are literally within his hands, and as a badge of courage, saying I don’t care I’m in love, all the while making me appreciate that I don’t have to see exactly who or what gathers on a Friday night to compete for the prime real estate holdings of Equestria. 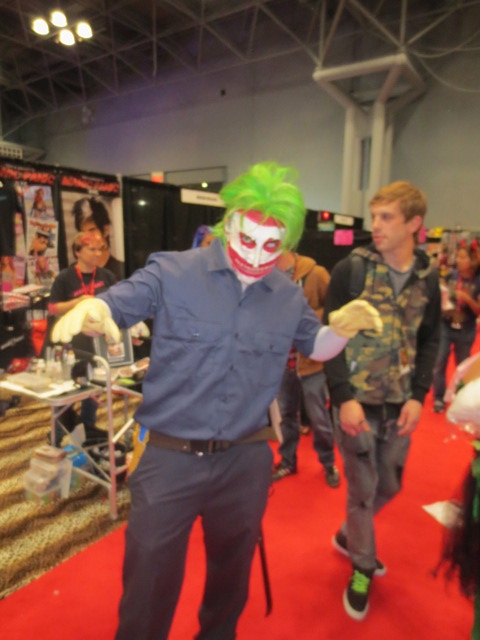 So basically this, but horrible.

Or, maybe it was an icebreaker to the bleakest game of Monopoly since Monopoly: The Road edition. How do they figure out who gets to be Rainbow Dash? I don’t know specifics, but I imagine it involves removing one’s pants.

Although now that I think of it, there was a hairy, bearded man dressed in a Batgirl costume that was so ill-fitting and wrong it became a sort of grotesque beauty, like a Rose growing out of an abandoned jawbone, or the second Ghost Rider movie. I vaulted over an over-sized Cactus-person and even made skin contact to get a pic. Wanna see it? Continue on to the next circle of Hell for Boredom.