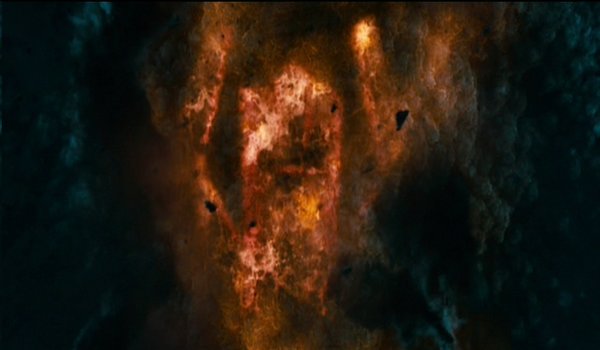 Galactus is a cloud. I could end the review after just those four words. Fantastic Four: Rise of the Silver Surfer, and its predecessor Fantastic Four, are frankly just cash-ins that occurred during the 2000s superhero binge because every single producer in Hollywood realised superhero movies were instant gold but didn’t realise they need to make them good. The first film was a vapid, soulless mediocre film that had the Fantastic Four stumbling through the movie not really expressing any wonder or awe at their superpowers, participating in on-and-off slapstick humour, and my god, what did they do to Doctor Doom? The sequel isn’t much better. It tries to give the characters something do and something is at stake, and introduces us to the Silver Surfer, who really plays more of a supporting role and yet the title and all the marketing was dedicated to him.

Tim Story returned to direct the feature, though he does little to improve the writing quality of the film. Speaking of the story – Reed Richards/Mr. Fantastic (Ioan Gruffudd) and Sue Storm/Invisible Woman (Jessica Alba) are trying to get married again after several hiccups, but their latest attempt is hampered by the arrival of the Silver Surfer (acted by Doug Jones, voiced by Laurence Fishburne), an alien who can control an intergalactic surfboard and has numerous powers including turning matter into energy, and being able to throw the molecules of the Fantastic Four into flux, leading to some slapstick and a little creativity where the four can swap powers. Oh, and his powers also allow Doctor Doom (Julian McMahon) to be freed from his frozen state and weird metallic skin condition.

It turns out the Silver Surfer is drilling holes to the Earth’s core, intending to sacrifice the planet as he has done to many so his master, the planet-eating Galactus, can devour the world. But the whole ‘giant cosmic abomination coming to devour the world’ thing is made a B-story so we can deal with Sue moaning about how Reed is struggling to be more attentive to her than the approaching cataclysm. Plus, there is also the stock angry stupid army general insulting Reed while asking for his help, who then asks Doctor Doom to help them as a consultant and in no way considers that the supervillain will turn traitor when the general lets him play around with the Surfer’s magic surfboard. There is also a rather pointless subplot about Reed and Sue considering breaking up the team so they can raise a family, affecting Johnny/Human Torch (Chris Evans pre-Captain America) and kind of not bothering The Thing (Michael Chiklis) since his purpose in this film is to crack jokes and punch through walls.

The film doesn’t really seem to know what it wants to do with its content. The character arcs of Reed and Sue are all over the map, with Sue finding her superhero profession a pain and wants to give it up to live a normal life. Nothing really wrong there, but it is a complete one-eighty from the first film where she was a business woman and very focused and snappy. And why would she want to split up the Fantastic Four when they are a family unit, when that was what the Fantastic Four was all about? She also inspires the Silver Surfer to betray Galactus because she kind of looks like the lady he loves on his homeworld. Jessica Alba still looks very out of place as Sue, her acting is questionable and her beauty is still objectified, though this time the slapstick used is more important than her ‘naked’ scene in the first film, since it is when Johnny swaps powers for the first time. Why Sue had to get naked again to emphasize this important plot point is beyond me.

Jessica Alba bashing aside, Ioan Gruffudd does his best with what he has got to work with as Mr. Fantastic, and it is nice to see the character gain some confidence when he stands up to the moronic general. Though less said about that wacky elastic dance, the better. And the special effects used for his elastic powers are pretty cheap- the effects for the T-1000 in Terminator II looked much better, and that was in the early 1990s for goodness sake. You can do just about anything with CGI these days but this is just so cheap-looking. Chris Evans is still great fun as the Human Torch, and Michael Chiklis as the Thing is still my favourite actor in the film, despite not having much to do, but I like that he is now fine with his condition and not moping about it anymore. They still provide most of the comic relief, but do have a good relationship as characters. I also like the supporting characters, Kerry Washington is back as the Thing’s girlfriend Alicia, and Beau Garrett as Captain Frankie Raye, better known to comic fans as the superheroine Nova.

I admit the film does have some good points. The power swapping is a lot of fun, particularly when Johnny gets the Thing’s rocky skin and freaks out about it. Captain Raye shooting down Johnny with her stoic attitude and pointing out his flaws completely baffles him. The Fantasticar is a welcome addition and one of my favourite parts of the Fantastic Four mythos, though how Sue or the Thing are able to fly their parts of the ship without ever trying it before (The Thing is a pilot but that’s beside the point) is somewhat confusing. The Silver Surfer is underplayed a lot in the film and doesn’t really come into the story until the third act. Doug Jones is awesome as always, and I like Laurence Fishburne’s voice too. It somehow suits the character. He is a tragic figure, though his change of heart does feel quite sudden. He’s been sacrificing planets for who knows how long but obviously never considered turning traitor before, so why does a two-minute chat with Sue and then seeing her get killed suddenly make him realise he does have a choice?

I’ll wrap up this Second Look shortly, but I have two more things left to examine – the bad guys. Oh, boy. This film’s portrayal of both Doctor Doom and Galactus are just terrible. One is completely misused and the other is underused. Doctor Doom has superpowers, which he gained in the first film along with a weird skin infection that he loses in this film thanks to the Surfer. Then he spends the second act hamming it up and clearly acting evil but the stupid general is oblivious to this – this guy murdered two people and spent the first movie trying to impersonate the Green Goblin from Spider-Man, not to mention trying to murder four other people as well. Sure, he’s trustworthy. And surprise, surprise, he turns out to be evil and somehow gets the surfboard to work for him. Then he puts on his costume again and spends the rest of the film flying around on the surfboard trying to kill the Fantastic Four. Doesn’t he care that the world is going to end? Apparently not.

And then we have Galactus – no I’m sorry, that should be “Galactus” – because this disgraceful portrayal of Galactus is up there with what they did to Bane (Batman and Robin incarnation) and poor, poor Deadpool (in X-Men Origins: Wolverine). Galactus is one of the most powerful, menacing supervillains in the Marvel mythos, and yes he looks a bit funny with his funky helmet, but the cosmic nightmare wearing the giant funky helmet can switch off the sun and suck the life out of your world, so go figure. Galactus’ story arc is one of the greatest things that Stan Lee and Jack Kirby worked on during their careers, and they just sucked out everything interesting and awe-inspiring about it.

The build-up to Galactus is surprisingly good. The opening scene shows a planet being slowly destroyed by an unseen force, when the Surfer summons Galactus there is a distant unnaturally coloured star in the distance, and then you see the shadow of his helmet slither across Saturn while destroying it on his way to consume Earth. And then he arrives and how does he appear? As a giant dust cloud in space, with the slightest hint that he is something more by the helmet-shaped fireball that the Silver Surfer finds inside the cloud. Then the Silver Surfer kills Galactus by releasing all of his own energy, which in the comics is only a fraction of the planet eater’s powers. Please go and join The Fallen and the Jabberwock in the pen for disappointing, anti-climatic bog monsters. And you know, what infuriates me the most is how the filmmakers justified Galactus’ appearance. The producers said he turned into a cloud to keep him “discreet” to save him for another sequel. That is just being lazy. What a cop out and a wicked waste.

I think I’m going to have to go lie down now to vent out my inner fanboy, which is strange since I don’t usually get this mad about comic book-related adaptations, and I’m more of a Spider-Man fan than a Fantastic Four fan. I hear the Fantastic Four reboot takes place in the X-Men movie continuity which would be quite interesting, and hopefully it will do justice to Stan Lee’s original superhero team.