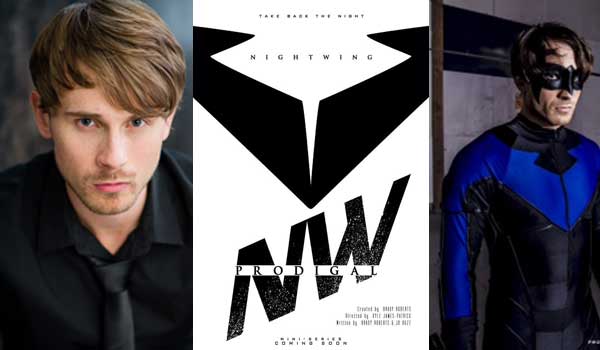 One of this year’s hottest fan film projects is the upcoming webseries Nightwing: Prodigal (formerly Nightwing: Prodigal Son). It’s well known that I’m a big Nightwing fan (just check the About Page), and I was thrilled to see a live-action version debut in the series’ first trailer last year.

With only weeks to wait for the first episode, we had a chance to catch up with series creator and star Brady Roberts, who filled us in on what lays in store for us. You can read our interview below, and stay tuned in the coming weeks as we speak to more of the cast and crew of Nightwing: Prodigal.

AP2HYC: It’s been almost a year since we last spoke about this project, and since the release of the original trailer. Can you fill in some of the gaps in what you’ve been up to since then?

Brady Roberts: Great to speak to you guys again! After the release of the trailer, I never planned on turning it into a full webseries, but the response has been hugely positive, and the trailer is at 250,000 hits worldwide (between the original and the Machinima version). I had people constantly contacting me to do the series, and obviously I love the characters and wanted to play in that world again, so myself and JD Buzz (director of original trailer) began writing the series.

AP2HYC: Nightwing is obviously a character who, while largely self-contained, comes from a long backstory. How do you deal with implying this backstory while sticking to your central plot (and within budget!)?

BR: We only touch on his backstory- we wanted this to feel like an ongoing comic book series- we do jump right into the story with the idea that fans will have heard that origin story many times. Staying within budget was not easy, we did go over a bit, but it’s worth it to put together something that is this big in scale. It looks like a big TV show, it’s an impressive feat for a group of volunteer cast and crew from Vancouver.

AP2HYC: The physicality of Nightwing is important to his character (from his past in acrobatics) and his actions (in that he beats people up). What kind of training did you do to prepare for the role? Gymnastics? Ninja sticks?

BR: I’ve been performing and training around the world as a pro wrestler (very similar to the circus) for over 10 years, so I have years of training in that. I’ve also done training in kickboxing and muay thai. We had an amazing stunt coordinator on this project and the fight scenes look incredible. 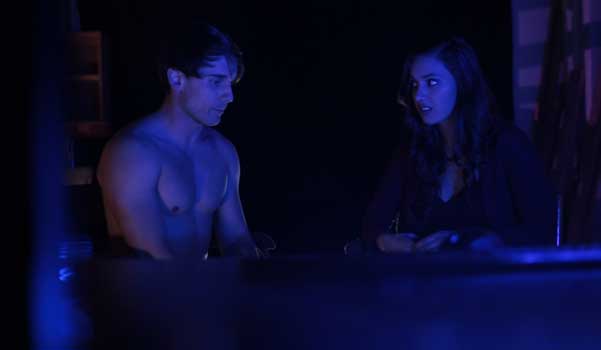 AP2HYC: In taking a character with such diverse history, how did you go about constructing an arc for the series? Was it inspired by any particular events in the comics (such as the Prodigal arc)?

BR: This story takes inspiration from several arcs in the actual comics, but the base story is original. Nightwing returns to Gotham City from Bludhaven, to find out why Batman has gone missing, and uncover the mystery of the Court of Owls. The Owls have broken out the villains from Arkham and are using them as their pawns. I wanted to create an original storyline, that still pulled inspiration from other stuff I’d read, but I thought it was important not to do a direct adaptation of any one thing.

AP2HYC: Shows like Arrow are proving that superheroes can be done justice on the small screen. What’s next for you after Nightwing: Prodigal? More Nightwing?

BR: We will see how the response to Nightwing is! I’d love to get back in the costume, but for now I am focusing on auditioning out here for TV shows and films, and working on some other projects I’ve been cast in. I am also a voice actor, and want to expand in that field.

AP2HYC: On a similar note: if you could add another hero in a series, and budget wasn’t a factor, who would you pick?

BR: I would love to do a live action Green Lantern (Kyle Rayner) series. Besides the Batman books, the GL books are my favorite to read, and I am a die hard fan- I have a half sleeve tattoo of Green Lantern. That world is so vast, that is the Star Wars of the DC Universe, and I would love the opportunity to play with that. Endless possibilities. Plus me and Kyle (and Nightwing!) have the same hair! 🙂 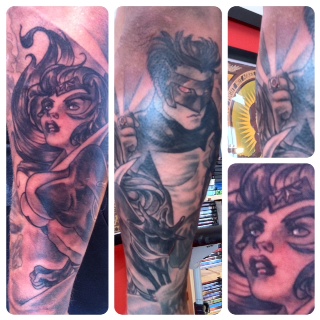 AP2HYC: Lastly, how long do we have to wait until we see the much-anticipated brawl between you and Pete Powers’ Bane?

BR: Pete Powers is still involved in the series (he moved to Vancouver shortly after me), but he is actually playing a different (top secret) character from the Gothamverse! I brought in another actor/stuntman friend of mine who is even bigger than Pete, if you can believe that, and brought Bane to life like I’d never seen before. I promise you an epic showdown, just as was teased in the trailer.

Nightwing: Prodigal is currently aiming for an April 2014 release. You can find out more about the series on their Facebook page, including set photos and updates on the release!