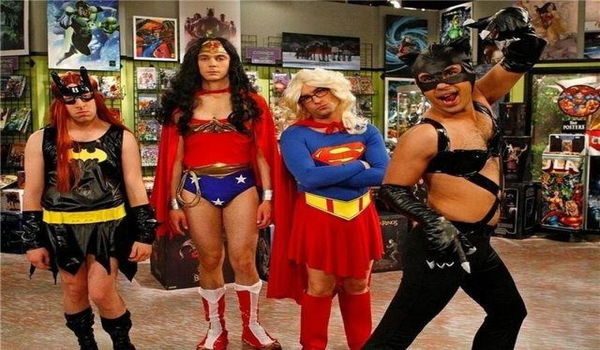 I am completely sick of hearing about DC right now. Everywhere I turn it’s “Oooooo, Justice League!” or “Ooooooo, Justice League Part 2!”. And yeah, people are hyped for a lot of Marvel films that are upcoming, as am I, but every time DC gets mentioned I just want to hit something! Which is a shame, isn’t it? DC have made a few good things over the years, haven’t they? I’m by no means a fan, but I recognise good characters when I see them. And I hate watching DC squander it’s potential!

Hence, here is a list of a few characters that DC should be focusing on. These are some genuinely interesting superheroes that would make for some excellent movies! So pay attention, DC! This is for your benefit!

DISCLAIMER! Done in no particular order, these are. My own opinion, are. Hmmmm! Doing this in a Yoda voice, I am. No particular reason, there is. Hmmmm! 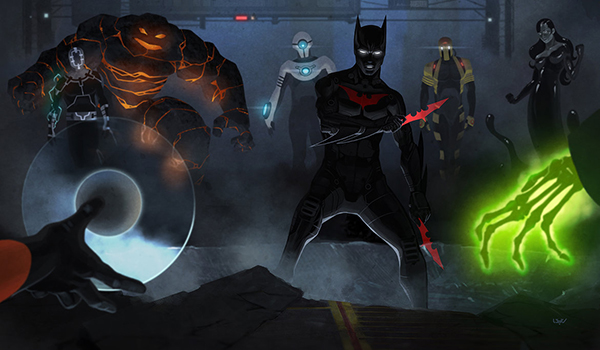 Oh YEAH! Who didn’t love this series? Cool, slick and cyberpunk, Batman Beyond showed us an elderly Bruce Wayne training his young protégé, Terry McGinnis, to be the Batman of the future! With a new bat-suit and a futuristic version of Gotham, it was a lot darker than the previous Batman series (Which is saying something!) and introduced a whole bunch of new and interesting characters.

Now, technically speaking, there has already been a Batman Beyond movie. A direct to DVD affair called Batman Beyond: Return of the Joker. And while that film was awesome, I think Terry deserves his own live action movie, don’t you? Make it happen DC! 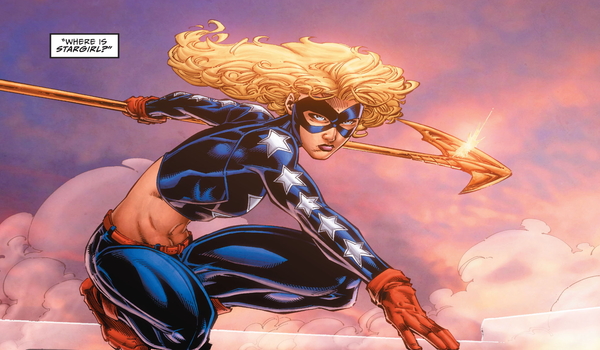 I think we can all agree, there are far too few superhero films with female protagonists. And the ones we’ve had are, shall we say… absolute crap. This is DC’s chance to atone for past failings such as Catwoman and Supergirl. But who is Stargirl? Originally known as the second Star-Spangled Kid (And I can’t believe DC gave TWO people that awful, awful name.), Courtney Whitmore is an impetuous high school girl who comes across the costume and “Cosmic Converter Belt” of Golden Age superhero The Star-Spangled Kid, who’s sidekick is her stepfather.

She initially puts on the suit to annoy her stepfather and later becomes dedicated to being a superhero. Which is kind of refreshing, really. No dead parents or quest for revenge or scientific accident. She just wants to kick ass! Get creator Geoff Johns (Who’s also worked on Smallville, Arrow and The Flash) to write the script and we could have something special here. 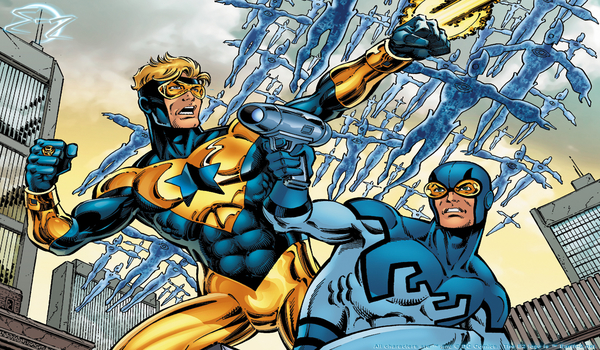 Superhero buddy movie. Just saying those words gives me a warm feeling in the cold, obsidian lump of coal I call my heart. Ted Kord, a.k.a. The Blue Beetle is the good natured head of Kord Enterprises who has a genius level mind and a bevvy of advanced equipment, which he uses to fight crime. Michael Jon Carter a.k.a. Booster Gold is a time traveling glory hound who mainly fights crime for money and fame. And they’re best friends.

They’re like the Tango and Cash of superheroes! Who wouldn’t want to see that? They’ve been fan favourites for years and their bromance is the stuff of legends. Think about how FUN this film would be!