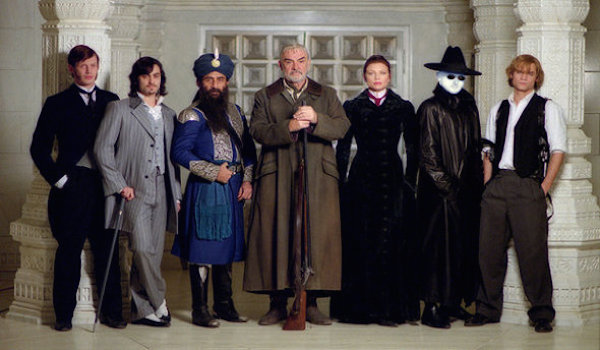 I want to preface this review by saying that I fully support directors taking creative liberties when adapting a book or comic into a movie. However, there are instances where I believe that the closer something sticks to the source material, the better it will be. In the case of The League of Extraordinary Gentlemen, it probably would’ve been much better if director Stephen Norrington tried to stay true to the comics.

First off, I don’t want to put the blame entirely on Norrington. This is the same man who directed Blade, which was one of the pioneers in modern comic-book movies and helped pave the way for the epic films we enjoy today. So why is it that Norrington, who created a decent film such as Blade, completely dropped the ball when it came to The League of Extraordinary Gentlemen?

If you aren’t familiar with this film or its source comic, here is a quick rundown: In Victorian England, a group of talented individuals come together to face a common foe. What’s interesting about these characters is that they are all borrowed from various public domain novels and short stories. This League of Extraordinary Gentlemen consists of such notable heroes as Allan Quatermain, Captain Nemo, Mina Harker, the Invisible Man, and Dr. Jekyll/Mr. Hyde.

Alan Moore penned an entire series where these heroes fought notorious literary villains such as Fu Manchu, Professor Moriarty, and Martian tripods. Sounds pretty awesome, right? Unfortunately, I, like many others, saw the movie adaptation before reading the actual comics, and it left a pretty foul taste in my mouth. But I still gave the comics a shot and I’m really glad I did because they have since become my favorite graphic novels of all time. The more times I go back to reread the stories, the more I wonder how Norrington could’ve butchered the adaptation so much.

Maybe I’m being a little too harsh on the movie. There were a few aspects that I liked. I think. Wait. Nope, can’t think of anything. The plot itself sounds like it could be good: British Intelligence gathers our heroes to combat a villain called the Phantom, who is actually trying to harness the powers of the League members and use them to create an army of super-soldiers. It’s almost too simple of a plot. It feels like a cliche.

The first volume of the graphic novel consists of the League getting caught up in a turf war between Fu Manchu and Professor Moriarty, who are both fighting for dominion over England’s criminal underground. This alone would’ve made for an excellent movie. And it only gets better in the second volume, which follows the League as they tackle the Martian tripods. The rest of the series involves espionage, spy-thriller action, epic battles, and eventually, the League tries to stop the Anti-Christ from bringing about the apocalypse. Oh, fun fact: the Anti-Christ is none other than Harry Potter. Not joking at all. All of these would’ve made for some epic movies. But instead we were left with the steaming pile of waste that came to theaters in 2003.

Another big problem I had with the movie is the butchering of characters. The actual graphic novel League consists of Jekyll/Hyde, Invisible Man, Harker, Nemo, and Quatermain. In the movie, they added in Dorian Gray (who was actually in an earlier incarnation of the League) and Tom Sawyer. 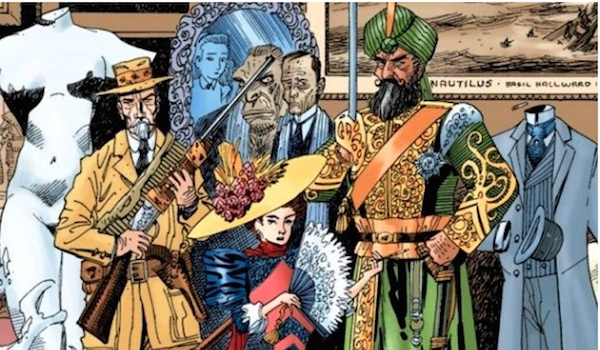 I love Mark Twain‘s works, but Sawyer shouldn’t have been in the League. The characters are supposed to be solely from English literature. Apparently, Sawyer was shoe-horned in because the producers were afraid that American audiences wouldn’t want to see a movie without an American actor. Then they tried to boost his role by establishing a father-son relationship between Quatermain and Sawyer. No, just no. Lack of chemistry between the actors and a lame script did nothing to help this sub-plot.

I wasn’t kidding when I said they butchered the characters. There were so many protagonists that there wasn’t any time to properly develop any of them. If they took out Gray and Sawyer, maybe this wouldn’t have been an issue.

Some of the biggest character changes involved Mr. Hyde and the Invisible Man. The movie version of Hyde was a good-natured beast who caused a little ruckus here and there. The comic version of Hyde was a true monster. He wasn’t really a hero. He was supposed to be a beast that you were afraid of finding under your bed at night. The movie Hyde was like Quasimodo if he attempted to turn into the Hulk.

The Invisible Man was also significantly changed for the movie. In the comics, the first time the League encounters him, he is wreaking havoc on an all-girls school. I won’t go into too much detail since it’s pretty graphic, but I can tell you that the Invisible Man is not supposed to be looked at as a hero. However, I can forgive the movie producers for this major character change due to the fact that the movie-Invisible Man is meant to be a different person from the comic-Invisible Man.

Another change was in regards to Mina Harker’s character. Yes, in the comic-verse, she was bitten by Dracula, but she did not have vampiric qualities like her film counterpart. She was an ordinary adventurer with no significant traits aside from outstanding leadership skills. Her main role in the comics was recruiting the League and corresponding with Intelligence. Again, I can try to forgive the movie producers for this change since they seemed to want to give Harker a more bad-ass role, but it just doesn’t work in the film. It’s like they gave her the powers just so she could fight Dorian Gray, who shouldn’t have been in the film in the first place!

I don’t think I’m being too harsh on the film. Apparently, it was so terrible that it caused Sean Connery to quit acting. It’s been almost 12 years since it came out, so why not try a reboot? If they stick closer to the comics this time around, I think the movie could do really well.

We wouldn’t just need a good director; we would need a fearless director. The source material is very mature and graphic, and full of dark themes that may cause controversy. But movies shouldn’t play safe anymore. It’s a new era of filmmaking. Don’t go overboard, but don’t hold back. The original film tried too hard to be a teenager-friendly action film, and I think that that was ultimately one of the contributing factors to its failure

If you’ve seen The League of Extraordinary Gentlemen, what did you think? Am I being too rough or do you think my criticisms are just? Sound off in the comments or let us know what you think on Twitter!